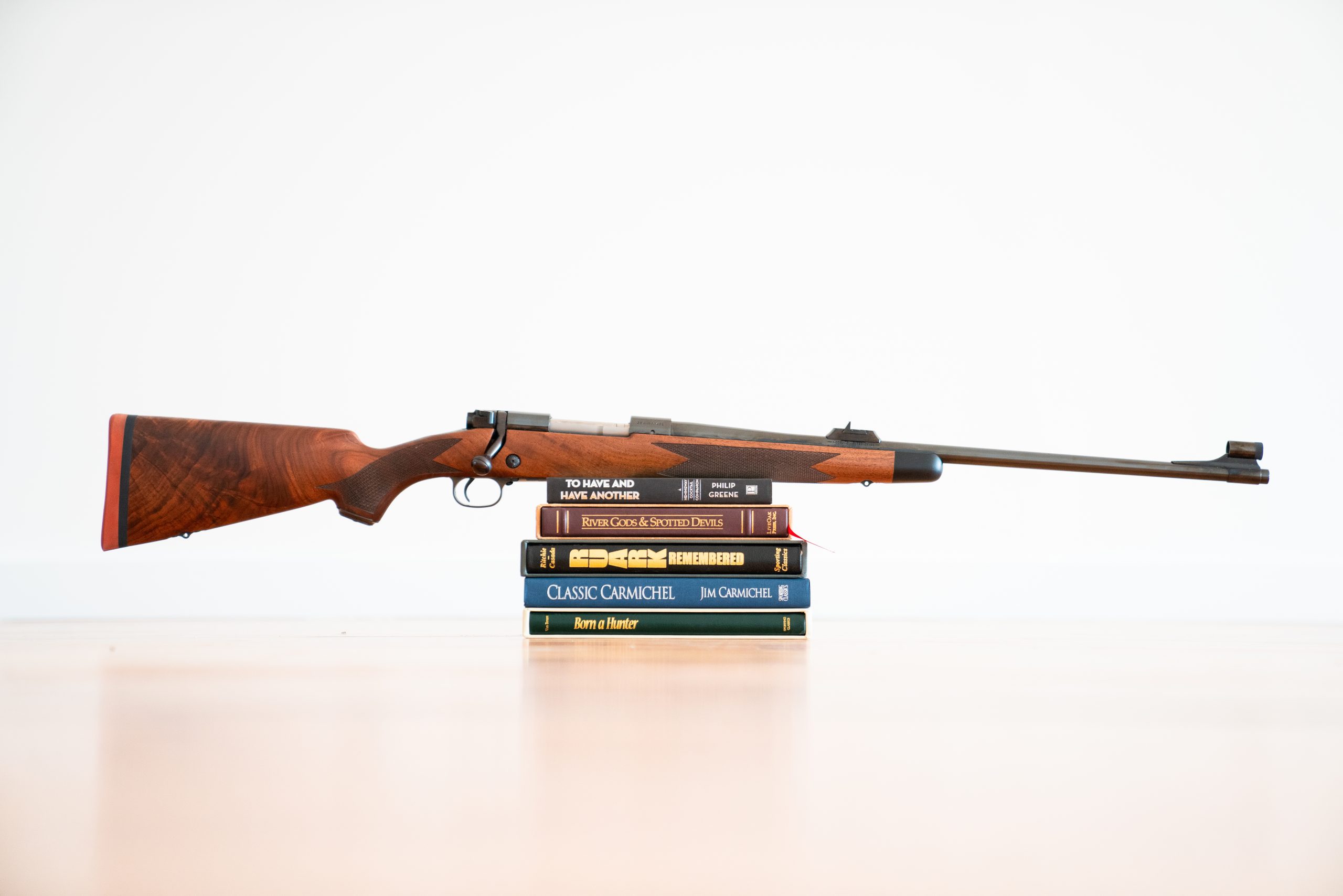 The world is full of ugly rifles…and so is my gun safe.

The truth is, I like them. I appreciate the durability of synthetics, I value a weather resistant stainless barrel and, in the field, the practicality in the shape of a more tactical stock opens up more shooting positions.

But these are not my favorite rifles.

My favorites all have classic lines, wood stocks, and blued barrels. I’m willing to forgive them a little if they’re not surgically accurate.

The Winchester Model 70 has always been my favorite sporting rifle and I’ve been chasing deals on the pre-1964 versions for a long time now. These guns were designed right, built right, and they almost always offered surprising accuracy.

And then Winchester bastardized them in 1964 to cut costs and compete with Remington’s cheaper and less refined push-feed Model 700 -which they were having huge success with.

Today, the Winchester Model 70 may be the best rifle the company has ever made. They beat the pants off anything Remington has ever produced, and they’ve turned many of us into believers in their rifles again.

I own several of these newer guns.

Before our last trip to Africa, I sent my current catalog model .30-06 M70 Supergrade off to a company that manufactures and installs iron sights. I like hunting with irons when I can get away with it and the lack of them on most of the new M70’s bothers me.

When I got back the rifle back, the crew that did the work clearly beat my Supergrade up in the shop. There were scratches in the bluing and even a small gouge on the barrel. Mind you, these rifles are designed to be head turners, so I wasn’t thrilled with the way they treated it, but I don’t own safe queens and I knew I’d be putting new scars on it soon.

I’d shot this beauty before having the sights installed and knew it to be an accurate rig, but while it was off being thrown around the sight installer’s workshop, Unknown Munitions sent me some 180gr Barnes loads for our safari. When the rifle came back, I mounted a Leupold VX-3HD 2.5-8×36 in Talley quick-release rings and hit the range.

I’d never tried 180’s in this gun and with a max power of 8x in the optic I had to look through my spotting scope to see my first 3-shot group.

I knew at first glance that the cluster had to be ½” or less. I let things cool for a few minutes then shot again. Slightly larger group but still less than the ¾” mark. I zeroed the scope and dead centered the bullseye. I fired one more round to confirm zero and then packed everything up.

I went back to the office and used the velocity info from the doppler I set up on the shooting bench to update my Sig Kilo 2400ABS rangefinder with the data that would allow me to stretch the Supergrade out in the field. Since first using this system a few years ago, I haven’t taken a trip without it.

Fast forward to the shooting range in safari camp. We all uncased our rigs to check zero before hunting. I center-punched the target with two rounds and put the rifle away. Almost everyone commented on how good looking the rifle was and I think I was the only hunter in camp that didn’t need to make scope adjustments on the bench.

Over the next two weeks, the Winchester took a beating in the Landcruiser between the shots that downed game from 60 yards to 332 yards. The last round I fired was on a smaller animal at 470 yards. The blesbok died with a single round to the heart while my buddies drank beer and watched.

Several people have tried to buy this rifle from me since.

It will never be sold.

The current Winchester M70’s are rifles to own. People bitch about the newest models being made in Europe these days, but I don’t want to hear about it. My Portuguese models are as good or better than anything Winchester has ever put their name on. If I have one gripe, it’s the lack of iron sights on all but the Safari Express models. Winchester really should make a series of the rifle in .270 and .30-06 to mimic the classic pre-64 design. They’d sell the hell out of them.

They need iron sights for us purists.