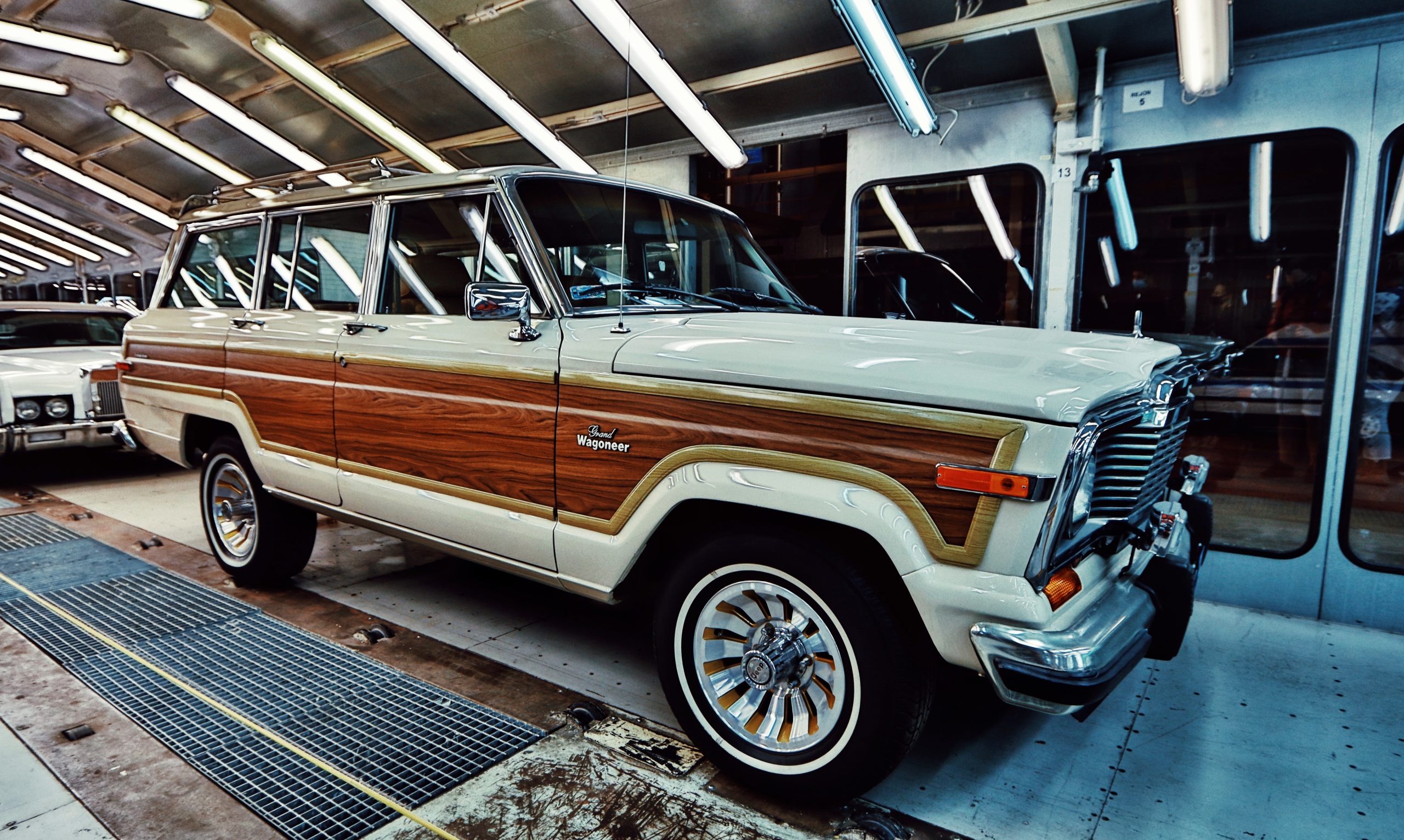 Let the safari snobs argue that one.

I’m here to talk about the GOAT SUV.

The American SUV that started it all: the Jeep Wagoneer, baby!

In 1962, Willys-Overland Motors combined refined luxury and utilitarian work-oriented design to create the Jeep Wagoneer. This first of a kind of vehicle featured a station wagon-like body and cabin, truck-like power, and four-wheel-drive that would later be recognized as the world’s first sport utility vehicle.

Told ya’ it was the GOAT. Or maybe, because it was a Jeep and known to break down regularly, it was at least the FOAT. (First Of All Time.) Several upgrades and models followed the 1963 version, but it was the Jeep Wagoneer Limited that truly set the bar for what a luxury SUV could be.

Despite the Wagoneer success (The Wagoneer stayed in production for 29 model-years), Jeep Chrysler Corporation announced the end of the Wagoneer in 1991. Die-hard fans of the vehicle and its lifestyle were crushed. Leon Miller was one of those fans.

He contacted Jeep to see if the company had any future plans to bring the Wagoneer back. Miller’s persistence led him to Brooks Stevens, an independent consultant and one of the chief designers of the vehicle, who assured Miller the Wagoneer wouldn’t be coming back. But Brooks did offer some hope, in the form of encouragement. He suggested Miller try renewing a late model Wagoneer. Miller did just that. He purchased a mid-1980’s Wagoneer and had a local garage in Kerrville, TX, refurbish it to his specifications. Miller went to pick up the vehicle to find that a real estate agent had fallen in love with the vehicle and offered to buy it from him. Miller sold the agent his Wagoneer, bought another, and repeated the process again under the banner of his new company. That first year Wagonmaster purchased, refurbished, and sold 12 Wagoneers. Twenty-five years later, they’ve done the same to more than 2,000 of these beauties.

Unlike other automotive aftermarket restoration companies, Wagonmaster doesn’t seek to upgrade its vehicles with the latest technology but rather, works its magic to bring Wagoneers back to “beyond showroom” conditions.

“By starting with a low mileage, well-kept Grand Wagoneer, we eliminate a number of issues such as rust and neglect that a restorer must overcome,” Chip Miller, the current owner and son of the founder, promises. “We stay as close to original as possible. There are lift kits and new wheels and bigger tires, for example, that can really enhance the off-road look of a Grand Wagoneer, but unless these items are ordered in advance by a customer, the look we will be producing is the original ‘showroom’ appearance.”

I, for one, love that Wagonmaster is keeping their restoration to what once was.

The Grand Wagoneer is the American GOAT and should stay that way. $125,000 and up.