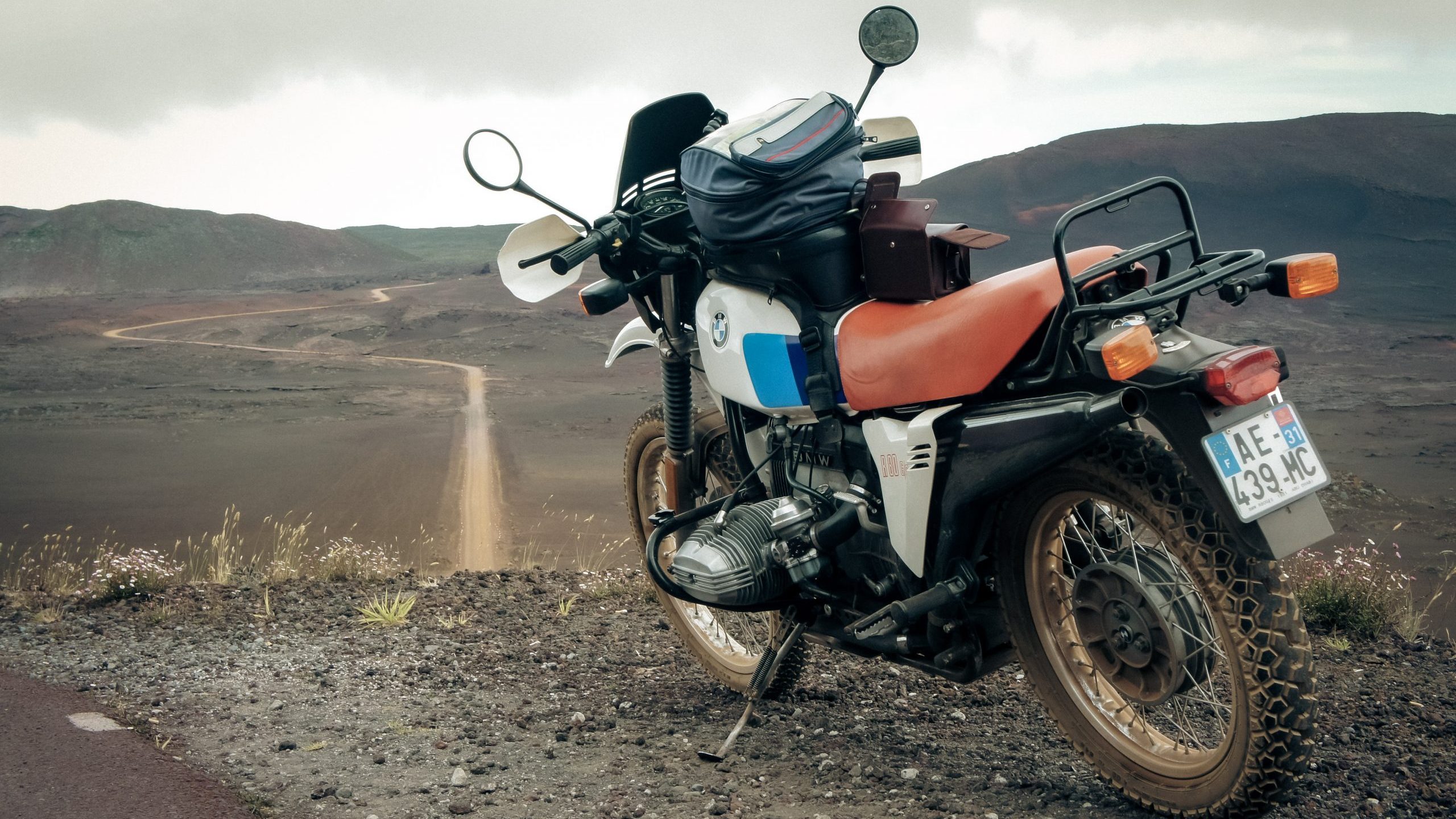 Across America, there are mainly three different types of motorcyclists: Harley guys, sport bike hooligans, and BMW tourers. You’ve probably seen Wild Hogs, and you’ve probably given the finger to a hooligan cutting you off, but what about the Beamer bros?

In the pantheon of BMW touring bikes, one motorcycle has come to rule them all: the adventure class defining GS. For a long time the GS was more of a jumped up dirt bike with some on-road capacity. But like the SUV market, these off road bikes slowly became more and more luxurious.

Like a lot of legendary vehicles, many consider the first one the best. In 1980, after two years of research and development, BMW launched the R80 G/S. It was BMW’s attempt to capture some of the market that Japanese enduros had carved out in the 70s. Americans in particular liked going off road.

But it wasn’t just a copy of the Japanese bikes, it was an evolution. The bike was known for its airhead 797cc two-cylinder boxer engine that stuck out the sides like a pair of bug wings. Asian enduros of the time used simple single-cylinder, two-stroke engines that were not powerful enough for highway riding.

Bavarian Motor Works had been making these boxer engines since its days in the aircraft business. The company created the engines used in the Red Baron’s World War I biplanes. After the war it got into the motorcycle business where they first implemented the boxer engine along with the shaft drive. With this setup it dominated the racing world.

For the Nazis, BMW created the R/12, a 900-pound monster with a sidecar that could act as a machine gun mount. It was so successful on the battlefield  the U.S. Army ordered similar motorcycles from Harley. Surplus hogs would become the genesis of American Hells Angels biker culture.

The GS was the first large displacement motorcycle to have a high riding position and significant suspension travel. It was also the first off road capable bike that had space for two passengers plus luggage.

The R80 G/S more or less created the idea of the continent crossing motorcycle tour. Norwegian Helge Pederson was one such traveler. Over 10 years he did 250,000 miles and visited 77 countries. Crossing the Darien Gap—the inhospitable strip of Panama that connects Central to South America—was his crowning achievement.

Racers took notice and brought BMW multiple wins in the 80s at the Paris Dakar Rally. They even made a special edition Dakar bike, complete with a seven gallon gas tank.

As the bike grew older it put on weight and became more posh. The current top-of-the-range R1250 GS is a water-cooled 550-pound war pig. It comes with accessories more at home in a BMW sedan such as automatic shifting, cruise control, LCD infotainment, and heated grips. BMW makes F750 GS and F850 GS models which have smaller inline twin motors but mimic the big guy’s luxury and build quality.

My first personal experience with the GS range was a rental 750 in Europe. To be honest I was about as fucking excited for the bike as for a Soylent shake. To me it seemed at best a boomer mobile, at worst a euro 5 compliant snooze cruise commuter bike.

I was right, but also somehow totally wrong. The bike was comfortable and well equipped, but my washing machine has a more aggressive personality. It had enough power for the highway, just not fun power.

But I was also wrong. Because touring is not about the bike itself, but about the experience it enables you to have. The GS, as much as is possible on a motorcycle, is practical. It’s not a rocket ship, but smooth at high speeds. It’s not loud but also doesn’t get annoying after hours in the saddle. That top case looks sort of nerdy, but because of it you can easily grab your camera. This bike facilitates adventure.

Ultimately, BMW’s GS was the first and still is the ultimate multitool bike. And it’s not the worst thing in the world that you can commute on it.