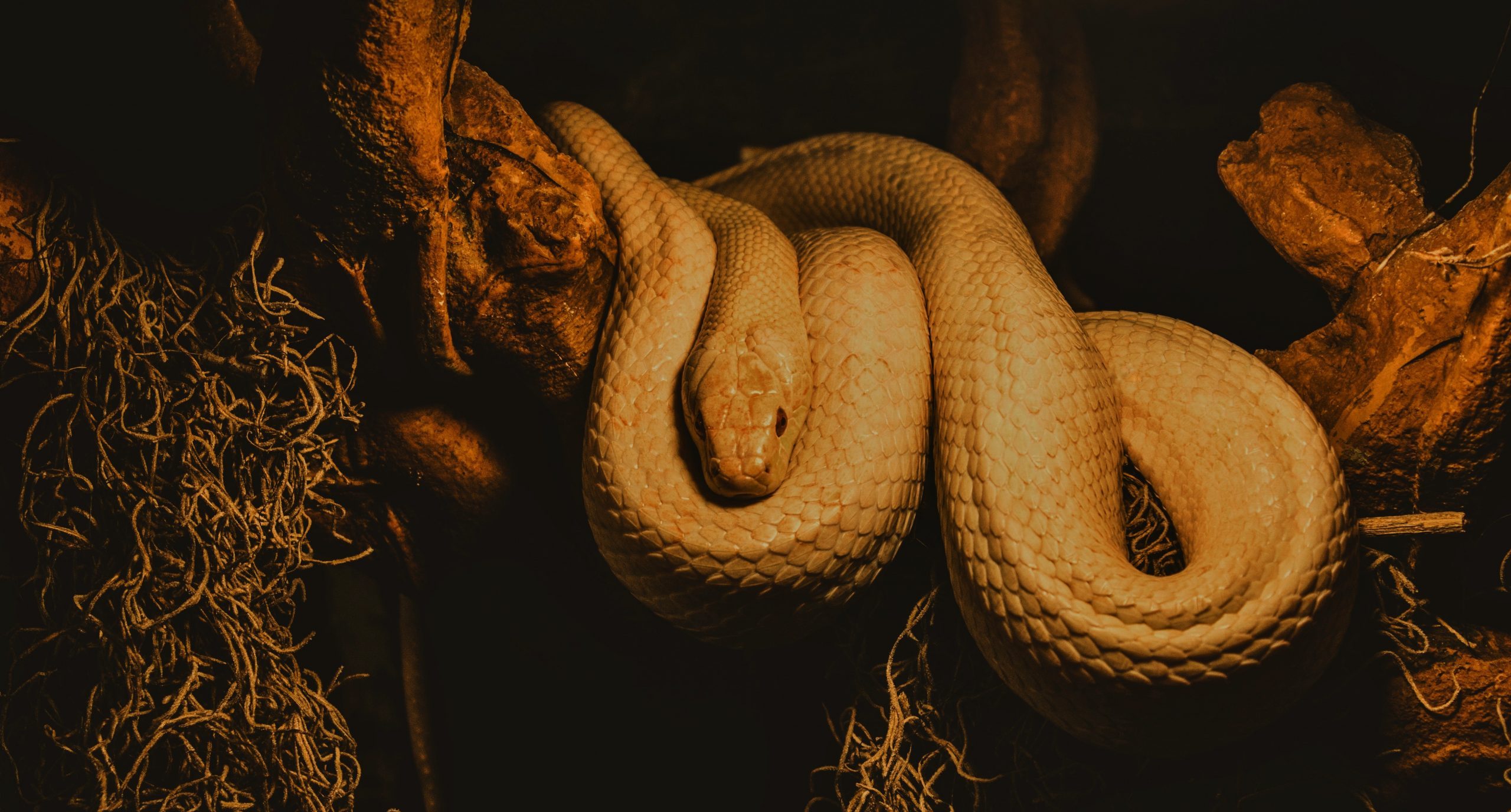 In North America, 90 percent of the snakes encountered are good guys, whereas in Africa, the opposite is true—90 percent of the snakes you see, which is not often, are venomous. That includes cobras, mambas, puff adders and the deadly, but fortunately non-aggressive boomslang. And because these venomous “nope ropes” get so much notoriety, many first-timers constantly keep a sharp eye out for snakes. I once had a couple on safari with a wife that harbored a snake phobia so severe it may have been clinical. Her morbid fear convinced her that snakes were hiding everywhere, ready to strike. As such, she frequently grilled me on their whereabouts, to which I reassured her–no, promised her–that she was unlikely to see a snake on her entire safari. Still … she was not convinced. …

One afternoon I aimed the Land Cruiser back toward camp to arrive early enough to enjoy sundowners even before the sun set. Upon our arrival the drink table was set up near the campfire with a bucket of ice and a selection of spirits and wine.

I called for hot showers all around, and while we waited we sat by the campfire, drinks in hand, admiring a stunning African sunset complete with giraffes silhouetted against a blood-red sky.

As we sat savoring that wonderful moment before the sun slipped from sight, I noticed my head  waiter, Moffett, bringing out a tray of hors d’oeuvres. More often, we just called them snacks. Moffett quietly approached the wife from behind to offer her one. As he leaned over, he spoke very softly, in his deeply accented tongue, saying, “Snacks, Madam?”

As Moffett leaned over to proffer the snack tray, the prim-and-proper lady let go a blood-curdling scream and threw her hands in the air, dowsing poor Moffett with her gin and tonic. Still shrieking, she leapt from her chair and broad-jumped the campfire in the process. We rushed to her aid as she stood shaking and staring wide-eyed at her chair and the wet waiter still holding the tray of soggy snacks.

“Where are they!?” she asked, fighting hysteria.

“Where are what?” I asked, dumbfounded.

She finally lost all control of her emotions, staring at me bug-eyed, like I was a complete idiot for asking. She then jabbed a shaky but beautifully manicured finger at Moffett who was now wiping her gin & tonic from his eyes.

“Can I fix another drink for the madam?” Moffett offered with no idea why she’d drenched him with her first one as his native ear could discern no difference between the two pronunciations. “Then I must go to the kitchen to make more snakes.”