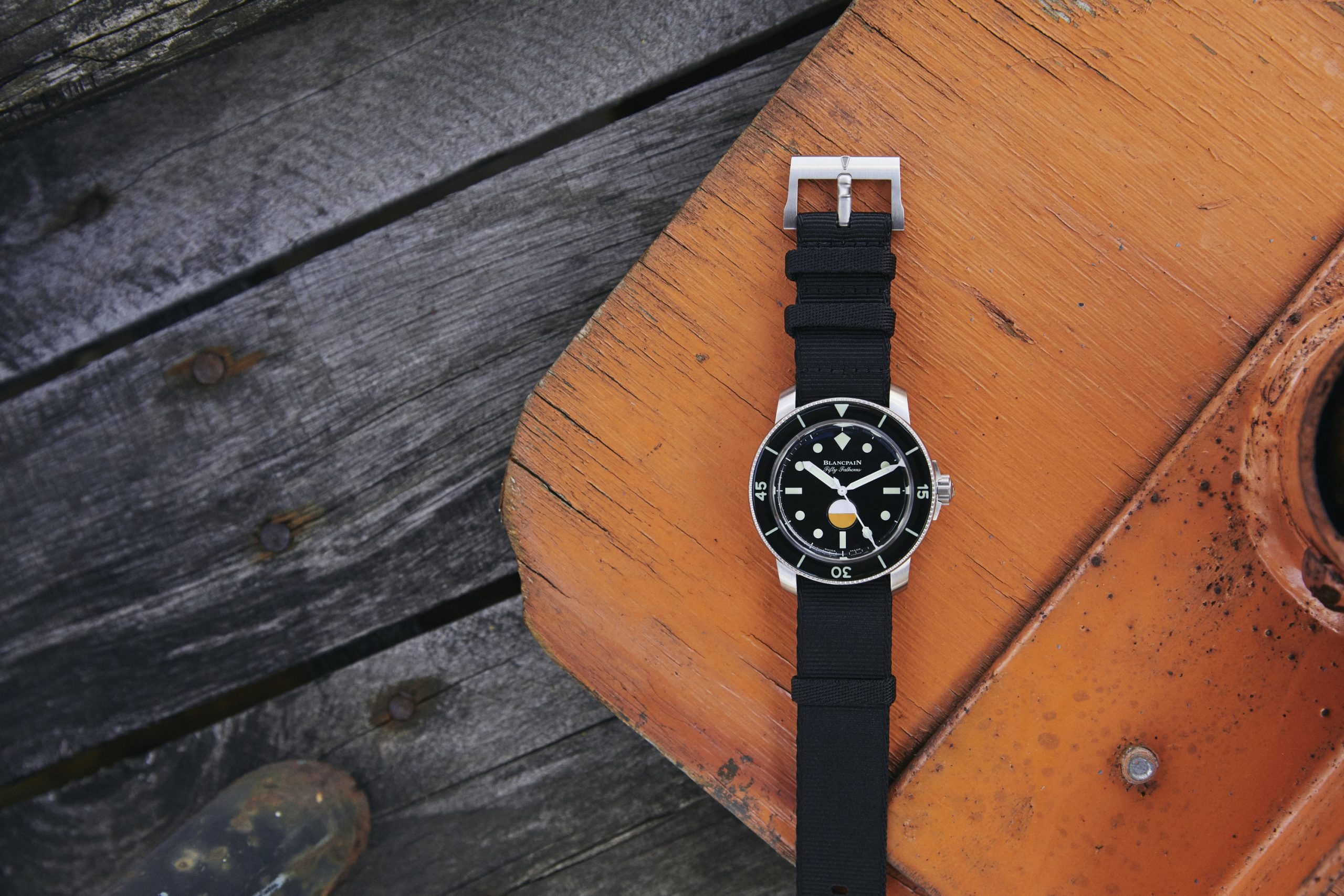 An invasion should be on time. Strategy requires precision. Planes fly, bombs drop, infantry moves out in a coordinated effort. Every second is a chance for the opposition to respond.

It was 3:58 in the morning on February 24th when the first wave of Russian troops moved into Ukraine. Vladimir Putin, holed up in the Ural Mountains, probably was looking at his Blancpain watch. Assholes always seem to have the nicest stuff.

From the high school bully in a new Camaro to a Russian oligarch with a brace of superyachts, nice guys don’t get the toys. Putin’s watch collection, estimated at over $700,000, is a great example. He’s got Patek Philippes and IWCs, but the watch brand he’s most known for is Blancpain.

Blancpain, founded in 1735, is the oldest continually operating Swiss watch manufacturer. It remained a well-regarded but rather bland manufacturer until 1953 when they debuted the first modern dive watch, the Fifty Fathoms.

The best way to troll Rolex fanboys is to tell them that the famous brand’s most recognizable model, the Submariner, is actually a homage to Blancpain that innovated both the unidirectional rotating bezel (to track bottom time), and now-industry standard waterproofing technology. Both of these features are found on the Submariner.

The Fifty Fathoms quickly became a favorite of French combat divers and ocean explorer Jacques Cousteau. In the 1960s Blancpain was chosen for the newly formed U.S. Navy SEALs. The company supplied around 1,000 mil-spec watches for underwater combat missions, but few have survived. If you find one in grandpa’s attic, it’s worth over 60K.

Blancpain created the first, and arguably best dive watch, but Rolex still gets all the attention. James Bond wore the Submariner while casually blowing shit up between martinis and the rest is history.

Putin loves to play the action hero as well. A second-rate KGB douche, Putin lives out his Bond fantasies skiing down volcanos, riding in submarines, and going shirtless in Siberia.

His Blancpain of choice is the Léman Aqua Lung Grande Date which, while currently discontinued, costs around $11,700 depending on your currency or, these days, sanction status. Aqua Lung is a reference to Cousteau’s first scuba system, and the watch’s 330-foot depth rating lives up to that name. It lacks, however, the classic Blancpain rotating bezel and looks more Office Space than OSS. Maybe Putin, the former spy, likes that its true nature is undercover.

This watch has become a big part of his personal mythology in other ways. A few years ago Putin made headlines giving this costly timepiece to a Russian factory worker. Before that, he gave one away to the son of a shepherd while showing off his survival skills in Siberia. Gifting them is clearly his go-to Czar-of-the-people move.

Taking a step back, why does someone like Putin even need a fancy watch? Perhaps it’s because it represents a connection to a long-storied tradition that gives him a feeling of legitimacy. Or maybe he’s just got a small dick.

To be fair to Putin, I’ve always wanted one of these watches. I almost bankrupted myself buying one a decade ago at the Geneva duty-free shop. You don’t need to be a supervillain or secret agent to enjoy a Blancpain, just maybe the fantasy that in a different life you could’ve been.