High On The Hippo 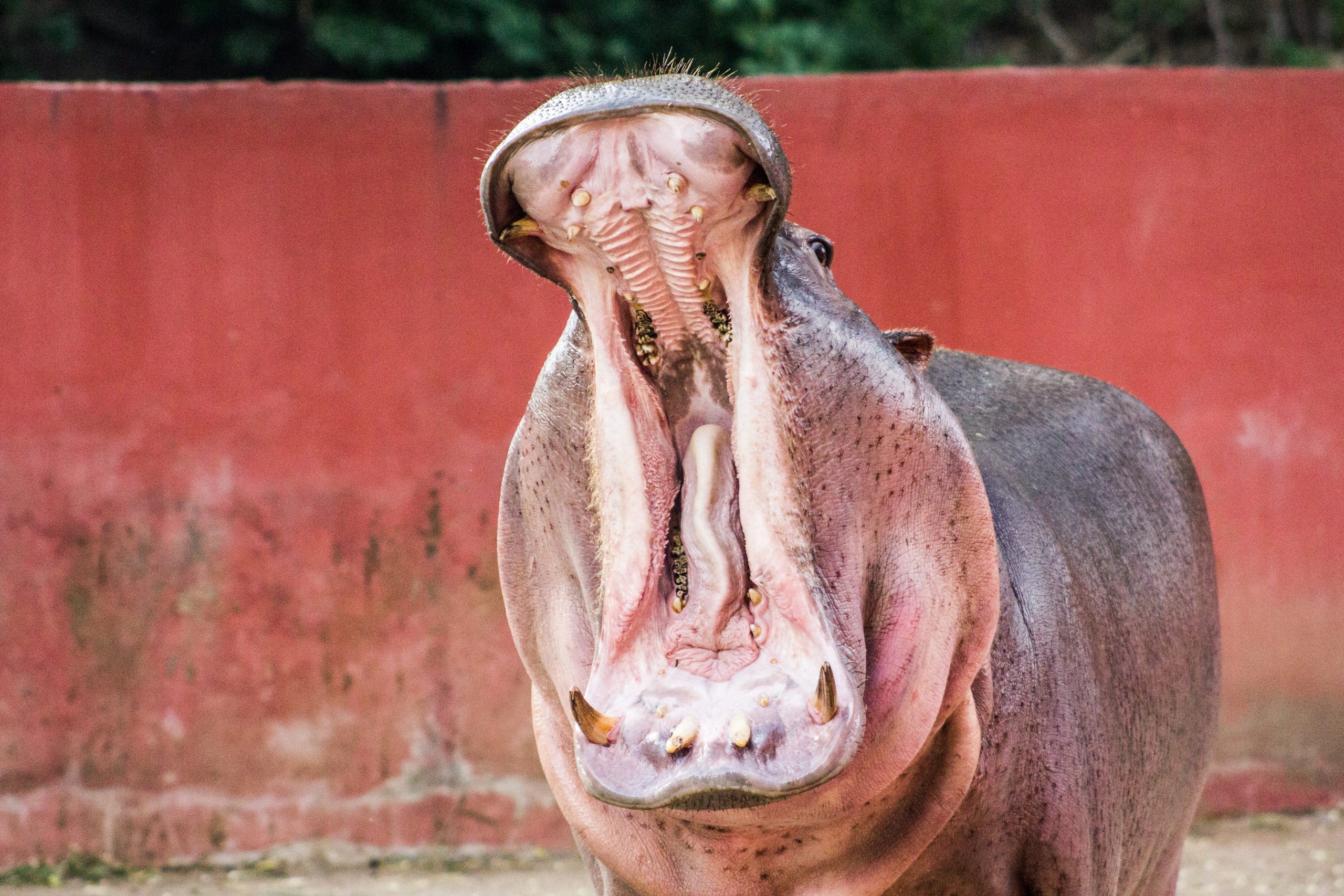 Living next door to the largest sewage treatment plant in Eastern Africa offered few luxuries. When the warm breezes kicked up in the afternoons, my nasal passages would fill with violence. At first it was enough to gag a vulture, but after a few weeks, I grew accustomed to it.

The plant was about 20 miles outside of Nairobi and processed water to supply almost 8 million people. The small town surrounding the plant had a butcher shop, a general store and a band of Piki-Piki riders all claiming to be Obama’s brother. When bored after teaching classes or on weekends, I’d walk the service road just to watch the wildlife living in the lake of raw sewage.

The plant pumped in water from the boondocks, and it tended to grab anything living in its aqueducts. Flamingos, crocodiles and fish were all normal neighbors to us at any point in time. There was also a small but decent population of hippos living next door.

I’d often take walks with George, the school cook. He had a tough job feeding 120 orphans 3 meals a day. Every so often we’d get our hands on vegetables or bush meat to supplement the dwindling food supply. Somehow he made it work.

As we walked up the road one day he pointed at the flamingos.

“They are beautiful,” he quipped, “and taste almost as if they were chicken.”

I asked him when was the last time he ate flamingo, and he told me that one landed in his stew pot not too long before I arrived. Then he told me a story of receiving an entire cow that had been rustled by a local band of thieves.

“In America, it used to be common practice to hang anyone who stole cattle,” I said.

“Well, we will ask the children how they feel.”

I shut up pretty quick.

Walking further, George threw out his hand to stop me. His eyes tracked a large minivan-sized animal walking up ahead a few hundred feet from us.

“It’s a hippo returning back to the waters edge from the brush,” he said. We watched as the huge animal hit the water gracefully and quickly disappeared into the muck.

“Have you ever seen one so close?” I asked, awestruck.

“Not often. Last time we ate one,” he said, nonchalantly.

George explained that about a month before I arrived for my tenure, a hippo raided the school’s farm. Cruising in from the plant, it quickly busted the barbed wire and made itself at home eating the children’s supply of kale. Someone ran to the police station up the road to report it. When the officers arrived, armed with FALs and Enfield SMLEs, they pumped so many 308’s and 303’s into the hippo that it died in place. Luckily for the small population, this form of frontier justice was met with a barrage of machetes and kitchen knives as the locals chopped into the hippo carcass.

“How did you butcher it?” I asked.

“Brutally,” he said. Much like the average machete, George was freaking metal.

As we turned around to get dinner started, I asked him what hippo tastes like.