Hard Lessons From A Housecat 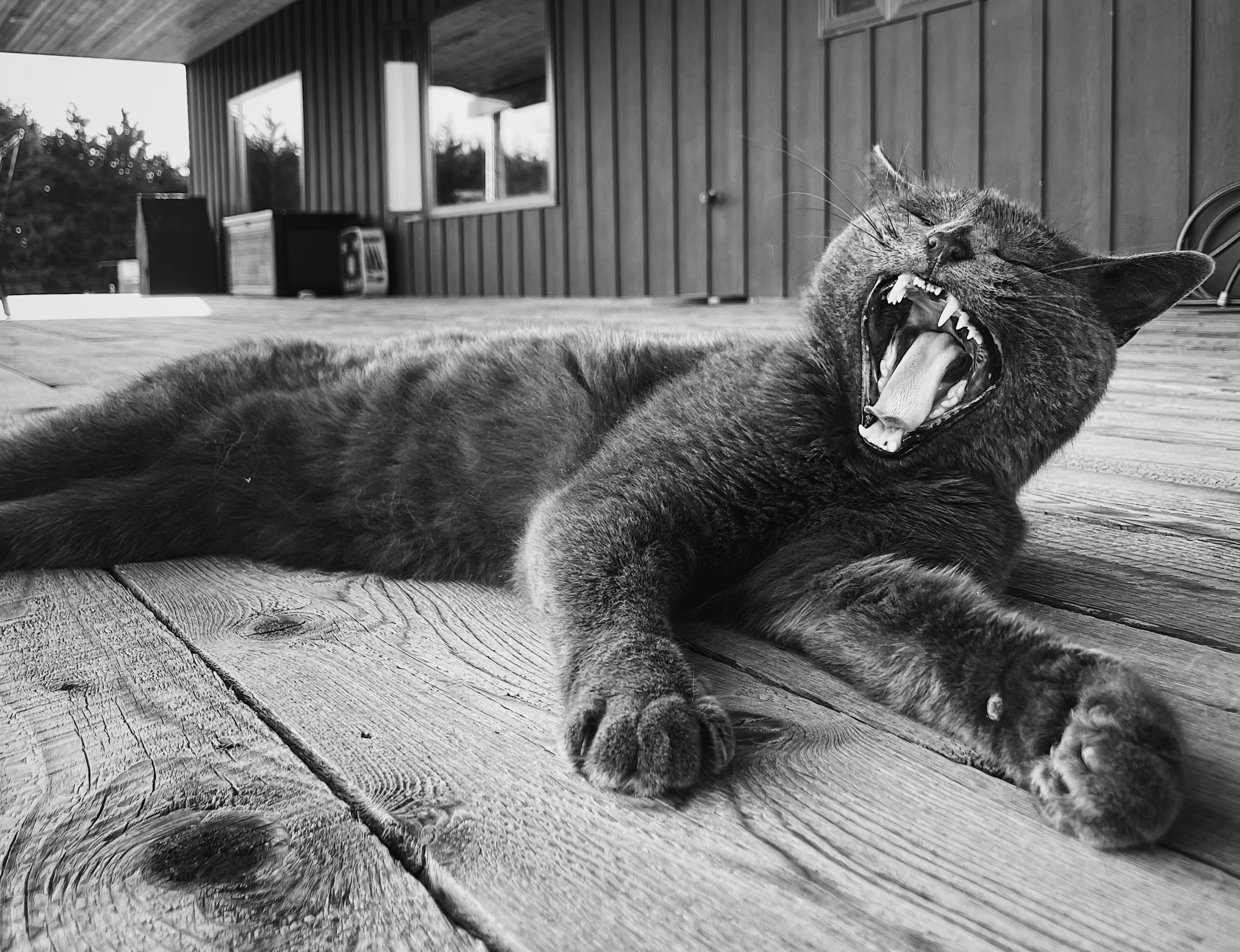 His big blue eyes welled to the brim while he sat on his perch near the kitchen sink. His eyes have been oversized with a fierce hue since he was a baby, and now they peered at the panorama and through the glass before him, holding back tears at the scene he couldn’t stop watching.

Bowen is my third boy of four. Six years old, he’s the only true blondie and has been too handsome for his own good his whole life. He’s got a big motor, we say. It runs wide-open whether he’s ecstatic, in love, overwhelmed, or pissed off. He’s the leader of his pack of brothers when it comes to tending whatever stock resides at our country home on a given day.

This morning though, Bo was subdued. I was pouring a cup of coffee when I thought I’d heard a sniffle.

I was certain his voice cracked as he mustered, “Yep.”

My thoughts were confirmed when I peered over one shoulder with my hand on his other. He was struggling to keep it all in but couldn’t peel his eyes from the train-wreck taking place in our backyard.

It was Sunday morning. Just two evenings prior the boys had “released” their covey of quail; a docile pack of birds they’d raised from incubated eggs since easter. We’d kept them too long; a scenario I’d pondered with many question marks. The bastards were too dumb to let go into the wild. They’d lived their entire life in a sick sort of conditioning; an absolute killer of a cat typically laid up in view of their homemade chickenwire box. My family would likely be a split vote on eating them, the only real option at gaining anything back from my initial $23 egg purchase…not to mention $40 bucks in feed. I toyed with the idea of giving them to the shorthair trainer down the road; at least then they’d die with the noble legacy of leveling up a couple good bird dogs.

Regardless of all my insignificant internal dialogue, on a Friday night the boys ceremoniously released the quail into the gnarled cedar tree belt that protects our stomping grounds from the north winter winds.

Sunday morning brought heat index warnings from the weather app. Wind sucked moisture out of my lawn from the south and a beastly grey cat, aptly named Smoke, toyed with that stupid fucking quail in the manicured lawn of our back yard.

“Mm Hmm.” That was as close as Bowen came to losing it. In retrospect, I’m surprised and a little bit proud he didn’t.

I asked Bo what was making him the saddest, thinking the process of externalizing that shitty feeling would somehow help.

“He’s biting him in the head,” he answered.

I’ve always thought of cats as insane-scary critters. These things would be nightmares if they weighed anything over their current fighting weight of 12-or-so pounds. Case-in-point is the freakish capabilities of the mountain cougar. Equally intriguing, I find, is the sport with which they kill. Maiming is their preferred method. The relaxation Smoke found in lying beside his suffering prey invoked a certain disdain for his existence as a pet. The athleticism he showed in short bursts to recapture invoked a certain awe of his skillset. Those damned front porch cats are nothing short of incredible.

“Do you know why we aren’t stopping him, buddy?”

Dumb as that quail was, and regardless of his death-sentence of an upbringing, Smoke had caught that bird, fair and square.

We eat heaps of wild game. My boys are maybe among the last of the bare-footed, sandbur plucking, critter-catchin’ generation. They are growing up wild and capable, with deep tan lines and a general hate for shoes or pants.

I’ve tried my damndest to incorporate the profound lessons of the circle of life into our chase of wild food. My boys understand where ribeye and grocery store ground beef come from, too. They know that when we have steak night, it was the same process for that cow as it was the whole elk quarter that we peeled apart together on our butcher block last winter.

Bowen’s heart burst with emotion from the first day he found his lungs. He’s got a lot of love in there. He’s on full-charge 24/7, and when he hurts, it’s the worst.

“Do you want to grab the Red Ryder and go put him out of his misery, buddy?”

Sometimes that circle of life stuff can really sting. But it makes my heart swell to know that at least my boys seem to understand it.