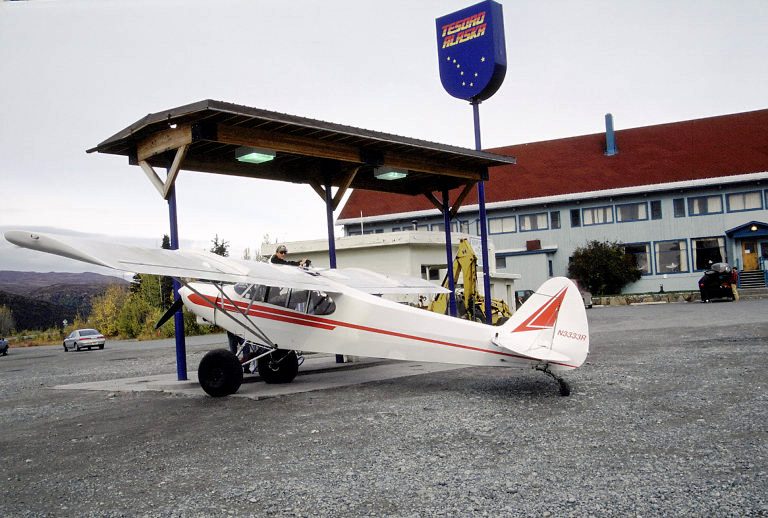 During my days in Alaska I had a buddy, Mike, an ex-guide who worked for a local telephone company. He was a hunting and fishing fool and one of the best Piper Super Cub jockeys I’ve ever ridden with. Mike and I hit it off, became friends and hunting and fishing buddies, and we flat-ass tore ‘em up during my time living in the 49th state. I like to tell people that I’d be retired now had I invested my meager writing earnings in land or stocks and bonds or some such boring shit instead of pouring it into 100 octane Avgas and Bushwheels and other miscellaneous parts for Mike’s cub.

Flying in a Cub is not without its exciting moments. Updrafts, downdrafts, crosswinds, low and nonexistent ceilings, sucker holes, whatever, there is always something waiting to bite you in the ass when you least expect it. As my friend, the legendary guide and bush pilot Terry Overly told me one time, “Flying is just about the most boring thing in the world,” he said, “until it isn’t. You take off, cruise along bored half to death, and land. Until the shit hits the fan. At which time you pucker up and hope you make it. Thankfully, mostly you do.” But we all knew several who didn’t.

One fine spring day Mike and I were flying around the Copper River basin, hoping to find a moose or caribou kill that might make a fine place for me to hang out for a few days with my bow and wait for the inevitable brown bear to show up. It was beautiful, and we took a couple of detours looking for Dall sheep rams and checking river tributaries for clear water where migrating king salmon might be found. It was kinda boring, until Mike said “Uh oh.”

Now, Mikey was always cool as a cucumber when he had the stick between his legs, so when he mumbled something about, “Damn, I think we’re about out of gas,” I checked the wing tank gauges, and sure enough, they were about on fumes. And not an airport in sight.

Thinking fast, we both remembered that at the junction of state highways 1 and 4 sits at the small town of Glenallen, a little crossroads community of maybe 450 people. It’s in the middle of nowhere, but that junction is where all the traffic from Valdez to Anchorage or Fairbanks has to pass, and so there is a Tesoro gas station called The Hub. It was close so Mike headed that direction. When we got there, there wasn’t any vehicle traffic on the main highway, so Mike calmly set her down then taxied over to one of the pumps. His Cub would run on 87 octane unleaded car gas as well as Avgas, so he filled her up. When he was through, we taxied back out to the highway, made sure the coast was clear, and off we went.

The coolest thing about it? Nobody batted an eye. It’s rural Alaska, where they are used to much, much weirder shit happening on a regular basis than some Cub jockey filling his plane up at the gas pump.

We never did find a moose kill to hunt bears on that day, but we did find a huge run of king salmon at one of the Copper’s tribs. We came back the next day and tuned them up until our shoulders were sore.

Damn, I miss that stuff.