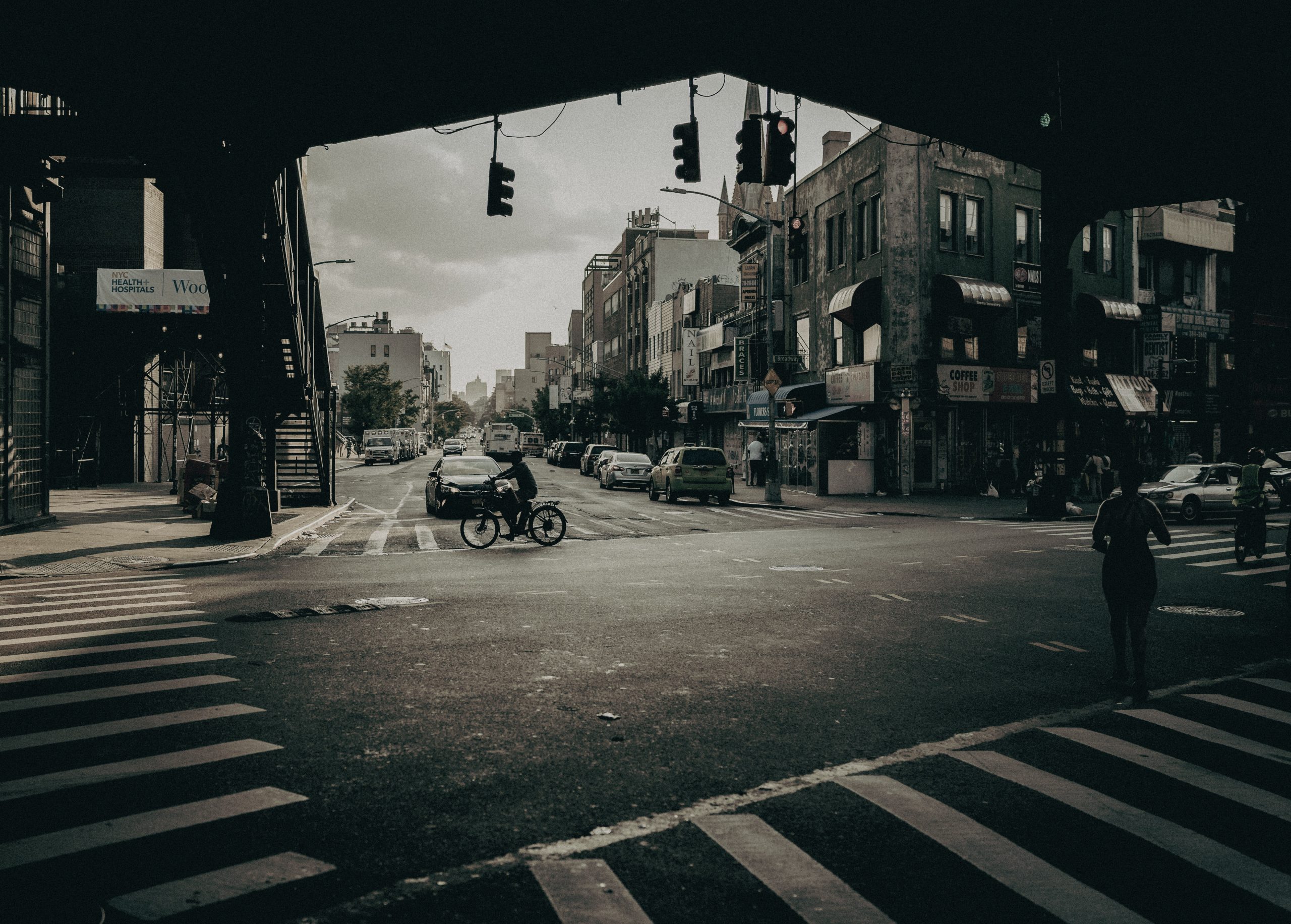 Ron and I radioed our location before the dark luxury SUV turned into the seedy motel. Binos confirmed our target. Our source’s credibility gave us enough legal authority to jam this guy up for a couple of minutes but not enough to arrest him. We were reaching – sometimes necessary. He parked and got out. Alone.

The urgency of the tip left no time for a formal op plan.

I secured my tac vest and made a press check. We exited our unmarked vehicle and made our way towards the center of the shitty motel’s courtyard only to be surprised by Demetrius Lawrence, our pimp, at the bottom of the stairwell.

Ron stayed with Demetrius while I quietly headed to his room on the backside of the building. A clear trash bag on the breezeway outside the door contained multiple used condoms mixed with orange juice, loose tobacco, and blunt wrappers.

The webbing of my right hand tucked under the backstrap of my department-issued Glock, I stood off to the side and knocked with my left hand.

The handle turned; there she was. Though a stranger to me at this point, her eyes were like so many I’ve seen before in these situations: dazed, exhausted, defeated. She was obviously pregnant and she was barely 17.

Air crept from inside the room, carrying the sour stench of mildew, cheap weed, and sex. I introduced myself. She said her name was Jamie.

Gun drawn, I cleared the area around the beds, and then moved to the bathroom. The dingy shower curtain half torn down in front of me would appear again as the background for sex ads found online later in my investigation. A tan-colored teddy bear clutching a red heart sat on the bed closest to the bathroom – the bed for sleeping. The trick bed was unmade.

Jamie informed me that Demetrius kidnapped her from New York and brought her to South Carolina. He regularly beat her, withheld food, denied her requests for prenatal care, and demanded she make him in a day what my fellow officers and I are lucky to make in a week. I found her at a point of desperation and she gave me the evidence I needed.

We hooked Demetrius up on the spot. Bracelets.

An instant rapport with a sex trafficking victim, a trafficker quickly taken into custody. A win if you’re telling the story to a normal person, but there are no pure wins here.

I scheduled Jamie and her unborn baby for medical care. Hours later, with recorded interviews complete, Jamie and her teddy bear in a safe location with Demetrius taken out of circulation, I drove under pre-dawn light towards my sleeping family.

I felt that sad mixture of accomplishment and conditioned pessimism that guys on the job know all too well.

It was all brought back to the depths in short order. Demetrius’ refusal to allow Jamie prenatal care was successfully cruel. A call from Jamie’s physician informed me that her baby had severe heart defects.

Jamie fiercely loved and nurtured Rosa during her few short months of life, but the death of her child was unbearable.

A week before Demetrius’ trial, the US Attorney flew me to New York to track her down. I managed to find her under the elevated train on Jerome Avenue in the Bronx. Jamie smiled and warmly hugged me. Travel, lodging, and meals were covered for her return to South Carolina to testify. She said she was looking forward to holding Demetrius accountable and would see me the following week.

I haven’t seen her since our meeting on Jerome Avenue.

We went forward with the trial, using testimony from other witnesses to substantiate Jamie’s victimization. Demetrius got 30 years.

Bittersweet victories are gnarled trophies that don’t sit proudly on shelves. She was just a kid.