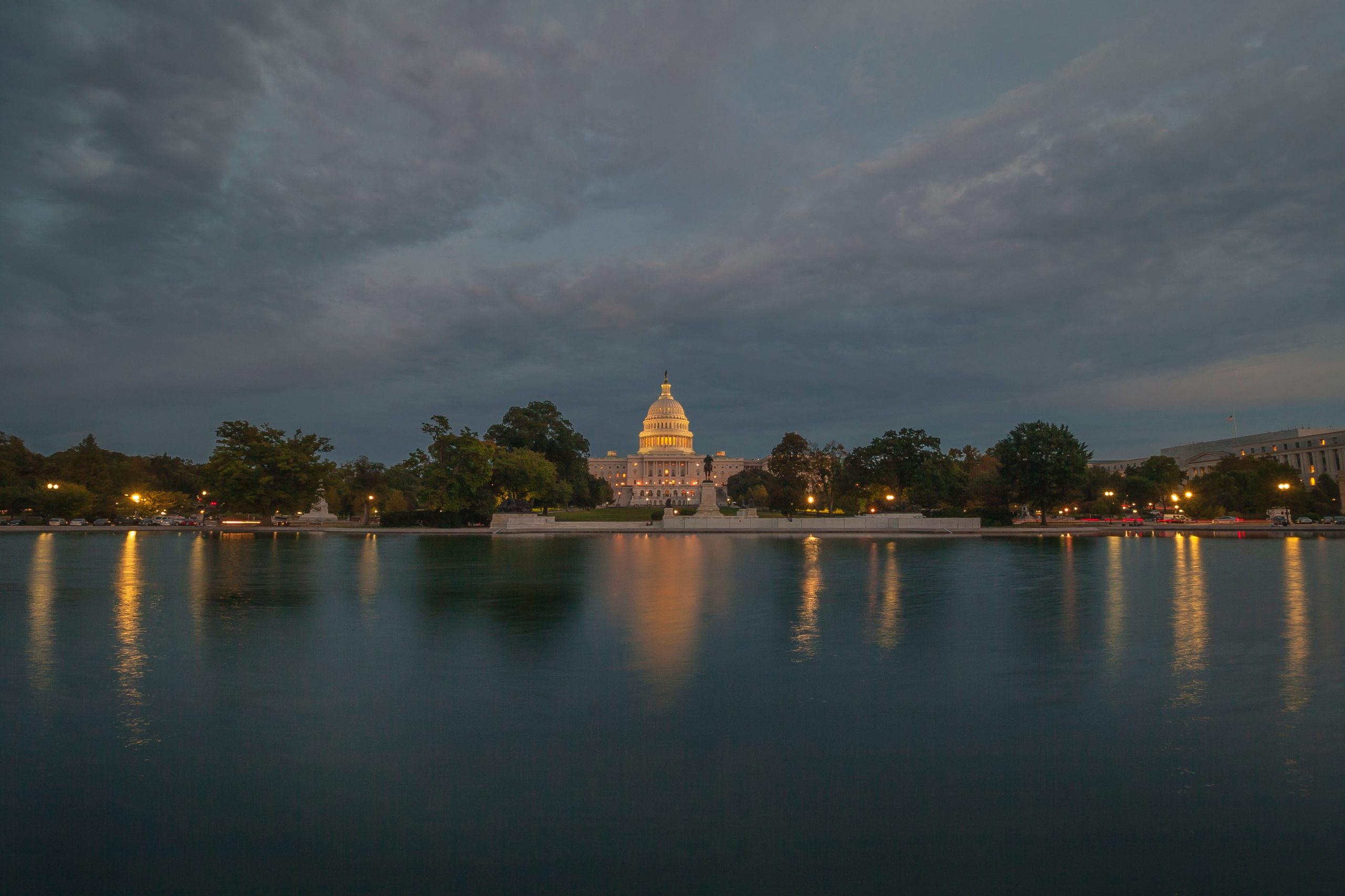 President Biden’s nominee for BATF Director, David Chipman, was withdrawn on September 9, 2021, due to a lack of confirming votes necessary in the Democrat-controlled U.S. Senate.

This embarrassing loss for the left is good news for sportsmen and freedom-loving Americans–indeed the world at large. Despite what you might hear from Don Lemon, the fact is the vast majority of the world views America as the last bastion of freedom–what a nation can be if its citizenry refuses to cede liberties to tyrants who promise safe haven in return. History proves those promises are never kept, and that David Chipman is a radical when it comes to guns. Consider this:

After a 25-year career busting gun dealers as a Special Agent BATF bureaucrat whose claim-to-Janet-Reno-fame was investigating the Waco compound massacre where a bunch of religious kooks were burned alive because the ATF thought they (some Texans) had some guns (gasp!), Chipman was sniped by the high-paying private sector for his expertise in sending gun owners to jail. He soon joined anti-gun activist groups Mayors Against Illegal Guns and later Giffords, where he served as Senior Policy Advisor. (While we can only guess what this job entailed, we believe it consisted mainly of pretending to like $10,000-per-plate rubber chicken dinners and coloring batches of “If it will save one child” posters.)

If you conflate the Giffords gun ban group with Americans for Responsible Solutions and the Law Center to Prevent Gun Violence, it’s hardly your faux pas; these organizations merged and changed names just as most anti-gun groups do after losing credibility by continually pushing gun control rather than offering gun safety courses as their names imply. Of course, it’s not that Chipman hates all guns–we never doubted him there–he just hates guns in the hands of anyone but the authorities.

The point is, appointing Chipman to head the ATF would’ve been akin to tapping Kim Jong Un to chair Amnesty International. But just because he didn’t get the cush government appointment, don’t write him off yet. We figure he’d be perfect behind the gun counter at Dick’s Sporting Goods, where deadly handguns and spooky black rifles were banned long ago. All in favor, say aye!

Now that his nomination is quashed, however, bigger questions remain.

1. To whom do we owe credit for his defeat?

2. Who exposed themselves as anti-gunners in the process?

3. Why was such a blatant anti-gun nominee ever put forth?

Every time something happens or doesn’t in Congress, someone or some group is quick to take a victory lap. Typically it’d be the NRA, who has done god’s work in the past and whose rank-and-file employees are still balls to the wall fighting for the mission. But my sources say the group, which has lost some credibility lately due to a run-amok PR firm and its senior leadership who refuses to retire for the betterment of the cause, was awfully busy fundraising and licking the wounds caused by Latitia “Hell Bent for Leather” James’ legal whipping. (Sounds kinky, I know!) It’s a shame the NRA had to spend more money trying to flee New York than it did in the Presidential election that could have preempted this whole thing, but that’s a fact. So while the NRA unleashed its lobbyists to K street and its mail-jamming campaigns upon its members, it did not get the respect it previously commanded. Meanwhile, Mitch McConnel gave an impassioned speech while sticking his turtle neck out as little as possible, as did Chuck Grassley and other republicans as they coalesced against Chipman, the obvious sapper in the wire. But trickier politics were played behind the scenes in convincing three democratic Senators to swing with freedom: John Tester of Montana, Joe Manchin of West Virginia, and the least likely lynchpin, an Independent from Maine named Angus King.

“The 2nd Amendment is non-negotiable,” said Field Ethos’ own Don Trump Jr, who took it upon himself to ensure its protection by joining the fight against Chipman. Calling on his vast network of pro-liberty, un-woke contacts on both sides of the aisle, Don Jr. and an oiled cadre of DC political operators rallied vocal pro-gun stalwarts on the right such as Ted Cruz and Steve Daines to expose Chipman for who he is, thereby exposing potential Yea voters to a midterm loss. He then publically imparted pressure on Testor, who finally came around along with the waffling King. (A hat tip goes to Sportsmen’s Alliance of Maine for swaying King.) Ultimately though, Trump Jr. played as significant a role as anyone in hosing down the Biden-Schumer-Pelosi-Chipman gun-ban dream.

The National Shooting Sports Foundation fertilized grassroots by running anti-Chipman ads and, more strategically, sending a letter to the Senate outlining all the reasons why a radical anti-gunner shouldn’t be allowed to lead a traditionally non-politicized government bureau. Two-dozen of the country’s most influential hunting, conservation, and gun rights groups co-signed the letter voicing support, including NRA, SCI, Wild Sheep Foundation, DU, Delta, DSC, Congressional Sportsmen’s Foundation, and even a brave group of greenhead berets called California Waterfowl … but do you know who was missing like a wallet at closing time? BHA (Backcountry Hunters and Anglers) and TRCP (Teddy Roosevelt Conservation Partnership.) But this is unsurprising to those in the know.

These sister associations (both are headquartered in the same building in Missoula, MT) operate and fundraise under the guise of “protecting lands and waters,” when they’re little more than fronts for the democratic party–a party that at its highest levels doesn’t care for guns or sportsmen. (Land Tawney, BHA’s progressive leader, headed the Montana Sportsmen for Obama Committee if that tells you anything.) Fact is, these groups–MeatEater included–are ok with shotguns for hunting and bolt-action rifles as long as they don’t hold too many rounds, but they aren’t cool with anything that goes against the DNC’s official position–and that includes AR-15s. They did nothing to quash Waco Dave’s nomination–hell they wouldn’t even sign the silly letter–and they do nothing for freedom unless freedom means ceding all private- and state-owned land to the feds, just as socialists would have it. A snake in the grass is better than under the couch, so a thank you is due to NSSF for smoking these groups out. But still, we must worry.

You see, in Congressional nominations, a no-chance radical candidate is often offered up as a sacrificial lamb. The offering party keeps a straight face while the defending party expends much political capital lopping the lamb’s head.  At the very least, Chipman was a handsome fundraising tool for anti-gunners even if he never had a hotdog’s chance in Haiti. Now, with coffers replenished, the real nomination will be submitted and will likely be confirmed due to political fatigue and expenditures by the right. Hopefully, Biden’s next pick won’t be a known anti-gun activist like Chipman, but rest assured he or she won’t be someone you’d like to drink a brewski with at deer camp.

Still a bigger question nags: Several years ago the anti-gun left wouldn’t have even considered someone like Chipman for fear they’d get blasted on election day like pigeons at a boxed bird shoot, much less campaign on the promise of banning guns! So what happened?

No doubt they perceive a fractured Second Amendment/pro-freedom front. For a host of reasons the NRA is weakened and other groups are fighting to fill the vacuum. Pro-hunting, democratic voting groups like BHA and TRCP have certainly siphoned off some of the gun votes by tricking hunters into choosing between public lands and AR-15s. More ominously, America is becoming more urban and more dependent upon the government with each passing year and social program, and the Saul Alinsky-trained Marxists are seizing on it.

If hunters, sportsmen-and-women, and pro-gun/pro-freedom advocates don’t rally together under a unified front, the all-out attacks on liberty will become bolder, to be sure, but I’m not going to bore you with the diatribe about remaining vigilant and this and that. But if you ever find yourself in a debate with Biden voters and BHA members on the benefits of assault weapons, remind them that without the good ole 2A, the teeth of the Bill of Rights, it will be that much tougher to fight for the right for your hunting buddy Dave to marry your fishing buddy Jim. And if you see old Chipper down at Dicks, ask him for a pallet of 00 Buck to stash at the Field Ethos compound–and that his buddy Don Jr. says hello.