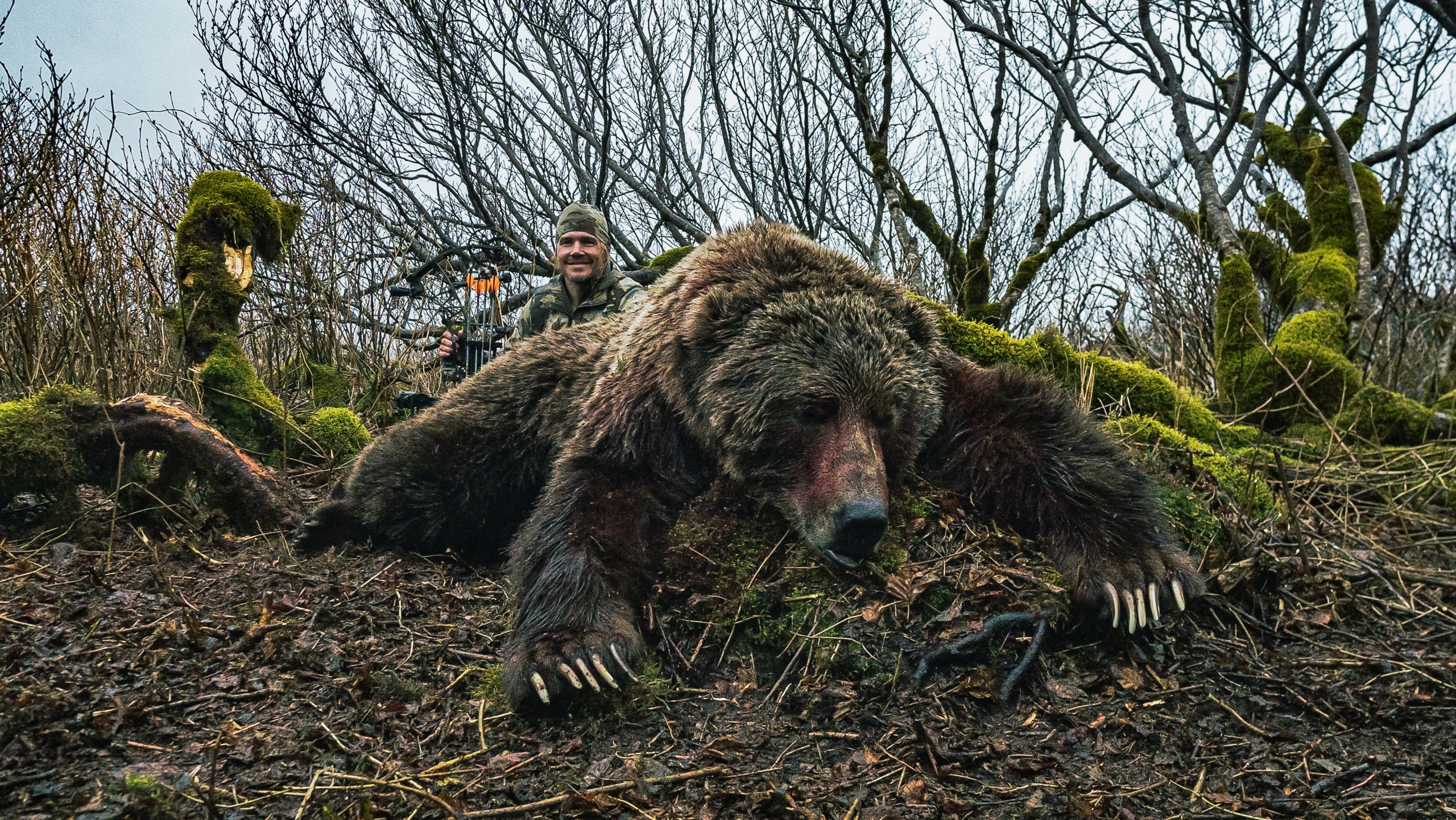 There is good reason why boats and planes steer themselves from the back. A dragging rear rudder makes turns with precision and won’t inadvertently interfere while the craft is tracking straight. Conversely, imagine a jet airplane or speed boat with a front rudder. The slightest variation in wind or current could send it violently slicing off course.

As much as it disregards basic physics, the razor-sharp blades on a hunting arrow must lead the way into an animal’s chest – in order to generate maximum trauma. But these frontal blades pose serious challenges to accuracy in flight.

My bow and arrow setups are perfectly tuned, based on decades of knowledge and many hours of work with each setup. Even so, to improve accuracy I limit the size of the exposed blades on the business-end of my arrows. Much of the time I choose to shoot mechanical broadheads, which are more accurate, especially when sporting a large cutting diameter, and at high speeds.

However, there are times when penetration trumps accuracy, and in such cases I opt for small, fixed-blade broadheads. One such occasion was in 2020 when I hunted bison in Utah. A bison’s kill zone is 20 inches in diameter. This large target lessens the premium on accuracy; but the bison’s heavy bones and thick body make penetration the name of the game.

As I shot my fixed blade heads in preparation for the hunt, I quickly remembered why I hate them so much. My groups were acceptable at closer distances, but once I backed up to 50 yards, my groups widened noticeably. I was definitely bothered by the erratic flight.

Ultimately, I subdued my frustration and went hunting. Luckily, it didn’t end up making any difference, as I stalked within 45 yards of the new Utah state record bison and pounded surgical steel through his heart.

Fast forward to the spring of 2021, when things got spooky.

I was preparing for a Kodiak Island brown bear hunt. As you can imagine, a lot of thought goes into your setup when bowhunting the largest land predator on earth. I was again toying with the idea of shooting a small, fixed-blade broadhead.

On my archery range, I pulled out the exact arrow/broadhead setup I had built for the bison hunt. The only new variable was my 2021 Hoyt Ventum, which replaced my Rx4 from the year before. The draw weights and draw lengths were identical.

Just to get it over with and put my anger on the table, I walked straight back to 80 yards and let four arrows fly. I braced myself for frustration, but to my dismay I shot a 5-inch group, in the center of the target. Tempting fate, I backed-up to 100 yards and repeated the results.

I was pleasantly puzzled so I took inventory of my setup. This was the first time in my life I had seen fixed-blades fly so well. I was in love.

The only change was the bow. But more specifically, Hoyt launched an entirely different cam system. From 2003 to 2020, Hoyt employed the venerable cam-and-a-half system. In 2021, Hoyt released a smooth and powerful binary cam system, which they call the HBX cam.

Something about that bow made my broadheads fly like field points. What was this witchcraft that Hoyt brewed up?

I had to know, so I made some calls. After several conversations with Hoyt experts, we came up with a couple of ideas:

Ultimately, I may never know exactly how the spell was cast, but my results are excellent. Great job, Hoyt.

On the brown bear hunt, I ended up having to thread the needle on a difficult 40-yard frontal shot. Shots such as this require arrows that fly like lasers, and luckily mine did.