Pablo Did Coke and Ordered Some Hippos 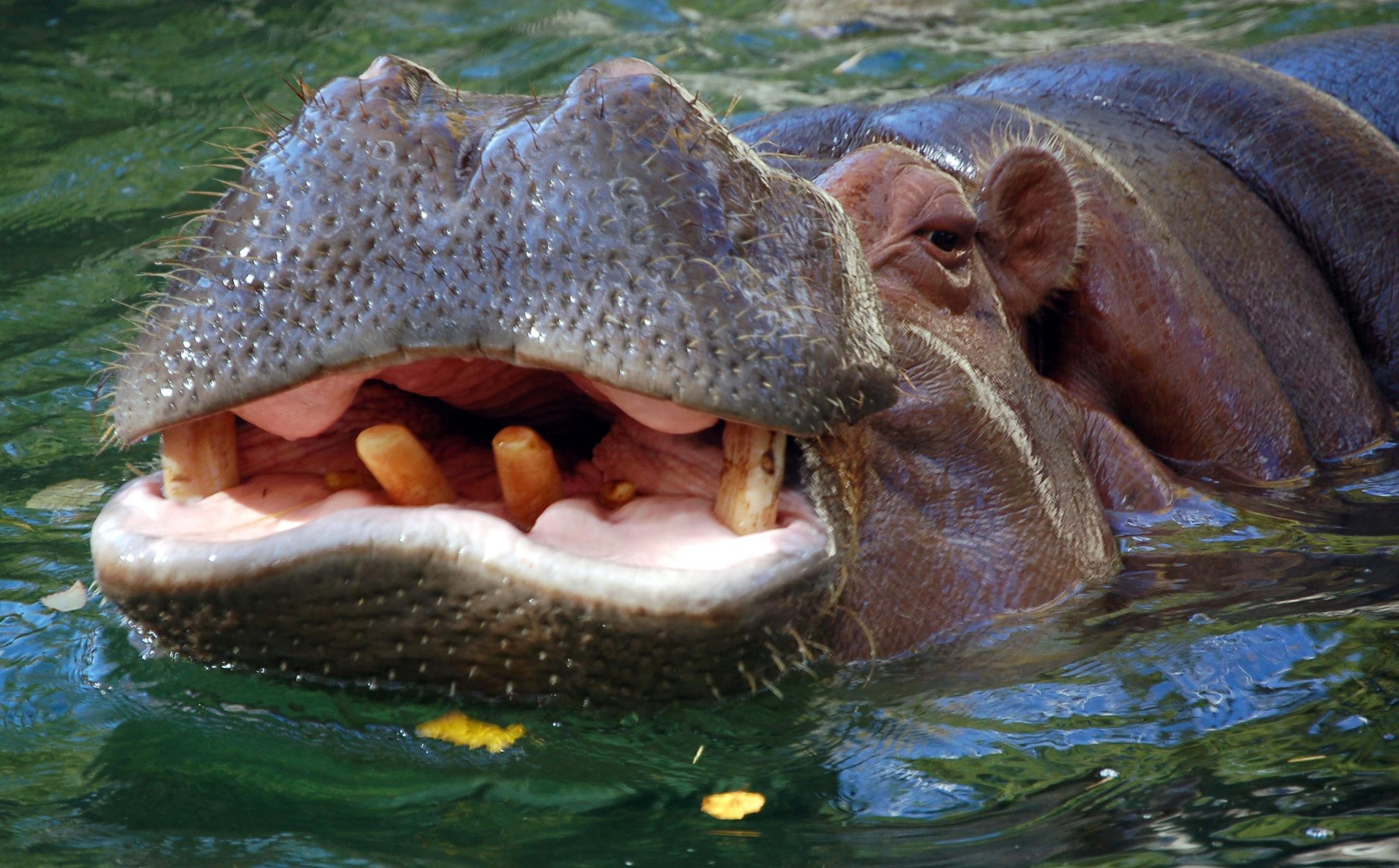 Colombia has an invasive species problem.

And it’s all Pablo Escobar’s fault.

Our story begins in the 1980s when drug lord and narcoterrorist Pablo Escobar’s started stocking his sprawling ranch, Hacienda Napoles, with illegally imported animals. The head of the Medellín Cartel brought in kangaroos, giraffes, elephants, and hippos. The latter of these are not only still on the property (and all the surrounding property) but their offspring and their offspring’s offspring as well. There are so many hippos in the area that scientists estimated their populace will reach 1,500 by 2035.

So, what’s wrong with hippos free-ranging in the jungles of Colombia?

Well, just about everything.

Hippos are native to Africa, not South America, and therein lies the biggest problem. The species is invasive. They have no natural predators in Colombia. They destroy their environment, eat their way through almost everything they encounter, and take resources away from indigenous species. Nataly Castelblanco-Martínez, an ecologist at the University of Quintana Roo in Mexico who is studying the hippo problem in Colombia says, “’I believe that it is one of the greatest challenges of invasive species in the world.”

The only way to deal with this problem?

Several scientists have gone on record as saying this is what should be done but this has, of course, been met with cries of it being inhumane. Many that live in the area like the hippos, saying that the huge animals bring in much-needed tourist dollars as people come from all over to see them. Some argue that the animals could be sterilized but scientists warn that this would be extremely costly and time-consuming.

Hunting is a better option.

One of the hippos was actually hunted back in 2009 when a Porsche salesman was allowed to hunt and kill a hippo nicknamed Pepe.

Dude, hunting something that has a name is never a good idea.

The hunt was met with backlash from the world over.

Hunting the animals in 2021 would most likely be met with the same reaction.

Regardless, the hippos should be hunted and, as we all know, this could bring a ton of money into the area in the form of trophy fees, lodging, guides, outfitters, etc. I’d certainly be interested in taking a free-ranging hippo in Colombia.