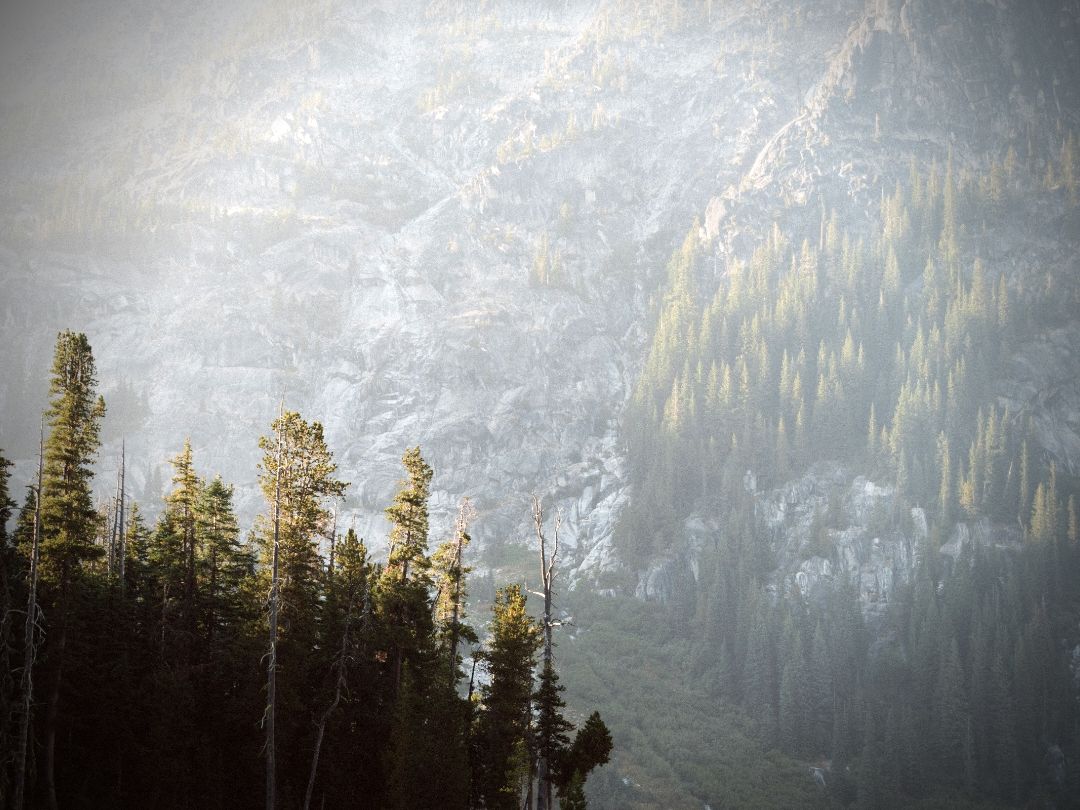 It was late August and the sun was not yet up as I labored up the rugged mountain trail leading into a remote area of the Alpine Lakes Wilderness Area in Washington State. Fifty yards ahead of me, my dad was taking long, strong strides, oblivious to the mile-high air and the steepness of the terrain. Just inches behind me, my uncle urged me to pick up the pace, ignoring the fact that my legs were only half as long as his. I didn’t mind; excitement fueled my 10-year-old legs as we pressed forward to get high up on the ridge above us, eager to get tucked into our favorite perches before daylight. It was bear hunting season and the south face of Tonga Ridge offered an uninterrupted square mile of alpine huckleberry meadow. The long summer days had turned the meadow a flavor of red so brilliant it seemed more dream than reality – a sure sign that the berries were ripe and would bring in the bears. This climb, into this special spot was our weekly fall ritual – every weekend, for as far back as I can remember. Sundays were reserved for church, but Saturdays were devoted to hunting.

The hundreds of days I spent in the woods as a boy played a central role in shaping me both into a hunter and into a man. With 50 years in my own rearview mirror, I now know that bringing a noisy, clumsy and sometimes whining pre-teen along for a hunt can be a painful and trying experience. As a hunter, it tells me my dad found one higher priority on those days than the hunt itself. Bringing me along was a sacrifice he made because he knew few places excelled like the mountains as a training ground for transforming a boy into a man. While he was teaching me to be a successful hunter, he was also preparing me to flourish in life.

My young mind was oblivious to the significance of what was happening on those hunting trips; lost in boyhood imaginations. When I was old enough to carry a rifle, my dad selected an ancient Winchester Model 94 chambered in .32 Winchester Special for me to hunt with. The rifle was older than my dad by at least a couple decades. It had a chunk of wood missing from the forestock and what little bluing remained had begun to patina into a drab brown. I was around 10 years old at the time and carrying this most iconic of all rifles was a game-changer for my days in the mountains. During the lazy mid-day hours of the hunt, I imagined the things my rifle must have seen. My mind took me to dusty towns in the grips of lawless villains, or into perilous canyons where my .32 Special would defend some hapless stagecoach by raining fire onto some unseen threat in the cliffs above. My boyhood daydreaming did not help my success as a hunter, as I never took an animal with that old Model 94. It didn’t matter, that rifle captured a piece of my young heart; I had decided I would be a life-long hunter and a life-long Winchester man. 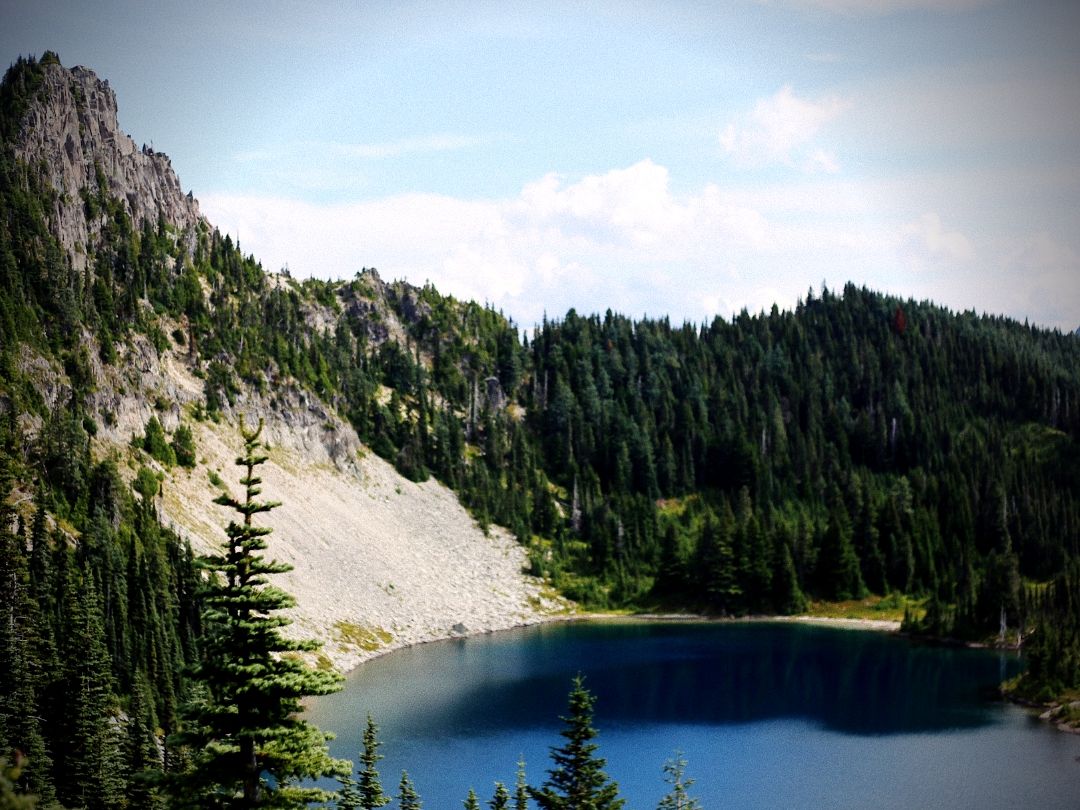 While my boyhood mind wandered to scenes of imagined heroism and conclusions about brand preference in rifles, my dad had his sights fixed on a more important set of lessons for me. Hunting became the context and the classroom to teach me physics as we studied and experimented with the ballistics of a rifle shot. It was within the framework of the hunt that I learned the science of game management and the central role of the hunter in conservation. My dad was relentless about the ethics that came with stepping into wilderness. He taught me the importance of leaving no trace and of respecting private land. Before the hunt we studied the regulations together. When I asked if it would be OK to take a shot a few minutes before or after shooting times, or slightly beyond a game management unit boundary, the answer was invariably, “No.” If respect for the regulations was mandatory, respect for firearms was placed at whatever level is beyond mandatory. I can still hear his gentle two-word reminder of, “muzzle control” whenever I became careless with my rifle.

After each hunt my dad taught me to dutifully disassemble, clean, and oil my rifle. We did this together and each time he would inform me that a well-cared for rifle will last for generations. We talked about what it meant to only ever take a responsible shot – a shot we had prepared to take before the hunt and one that we were ready to follow through on with whatever tracking might be needed afterward. My dad taught me that we did not hunt purely for the sport of it. I knew that if I took an animal, it would later appear on my plate – it did not matter what the animal was or what it took to prepare it, if we killed it, we were going to eat it. I remember once as a teen coming back to camp with squirrel tails I had taken during the day. What followed was a lesson on respecting the game I hunt that has stuck with me to this day.

The value of time with my dad was only eclipsed by the value of time with only myself in the wilderness. Countless hours alone in the mountains gifted me with lessons I could not have learned anyplace else. It was in the quiet hours alone that I gained a deep appreciation for both the majesty and the delicate intricacy of God’s creation. The solitude of hours in the wilderness with only a rifle and my thoughts afforded me time to learn who I was. It was here I learned how strong I could be and also taught me the limits of my strength. Long days without another human voice to fill the silence taught me to be a man who prays to his Maker. I learned the bliss of wandering where there are no trails, what it feels like to be lost, and how to use a map and a compass to find the truck. I learned how to spend long days in the rain and how to embrace the suck of the wet and the cold in exchange for the joy of being in the mountains.

This is partly a tribute to a great man who took me along and made me his hunting partner when I was still a boy – but it is much more. It is a thank you to every parent who makes the sacrifice to take their son or daughter into the wilderness to hunt and an encouragement to every other parent that they might do the same. Find a way to let your kids get beyond the video games, the backyard, the youth sports, and even beyond the trails. Those are all wonderful things, but they cannot fill in what it means for your child to experience nature in a raw and unfiltered way. By taking your kids with you hunting, you are laying the foundation for a generation of future conservationists who will not only know how to succeed in the hunt, but how to succeed in life. The great conservationist John Muir had it right – the mountains are a better teacher than you will find in any classroom. By taking them into the woods, you are giving your child a gift of resourcefulness and a self-reliance a society full of hovering parents, handouts, nanny cams and helmet laws could never produce.

Justin Hale is a lifelong hunter and angler. As a young boy he became passionate about the Winchester rifles the men in his family carried afield and he’s devoted himself to preserving those guns for the next generation. Stop by to see Justin’s brand, Pre64Win.com at your own risk. It’s a slippery slope.