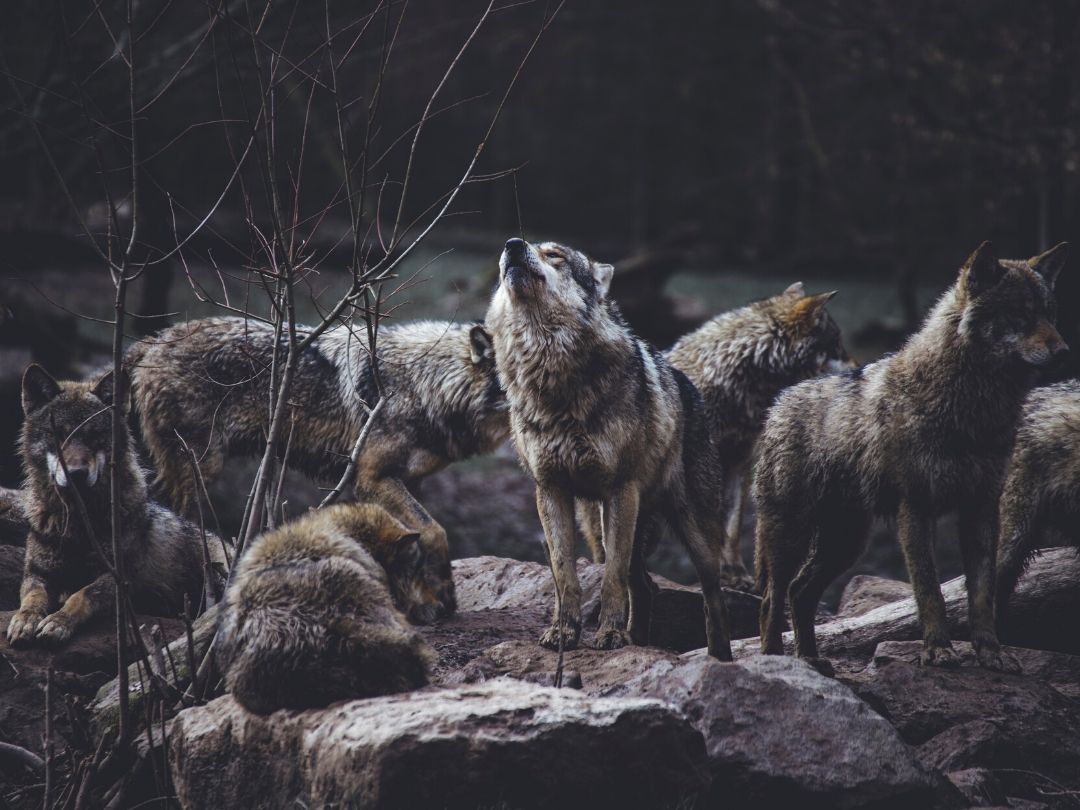 The antelope buck was on the move. He covered a half-mile in the time it took me to gather up my binoculars and get an estimate on his age and condition. He was older than the three that had been hanging out on the south side of the valley. His bases were heavy, reaching as wide as his enormous eyes. His prongs too were long and dark with much more time in the growing season yet to come.

As pronghorn bucks age, their antlers tend to spread wide, much like the pant sizes of old hunters. The tall grasses of early summer have him plowing through their abundance like a swimmer coming out of the surf. He looks tired but strong.

I can tell he doesn’t like it. In dry years, the grasses hide no coyotes and a good vantage point allows a pleasant nap.   An antelope can grow fat and complacent when he can see all his threats coming from a distance.

In Yellowstone, there is a counter-intuitive belief that wolf populations have helped certain species. Fewer elk have led to an increase in songbirds and beaver. The wolves have also pushed out or killed coyotes which perhaps has helped increase antelope numbers. It is an unexpected benefit of a clash of forces as nature sets about resetting a more natural balance.

Too long with too few adversities can make a population grow soft.

I’m hesitant to embrace wolves here, much as I disapproved of the mountain lions when they resurged a generation ago. Unchecked, their numbers grew beyond what human hunters and the natural populations could balance. We instituted a lion hunting season although there was much blowback and animosity from environmental groups.

One of my articles was picked up by their number and circulated as I slowly became an advocate for lions. Not unchecked, but in moderation. Their predation and pursuit of our deer sparked a change. The Black Hills are an island of habitat with more road density than any other national forest in the country.  Tourists from around the world flock to see Mount Rushmore, catch a few fish, hunt, and ride their motorcycles during the Sturgis Rally. Deer in general had become accustomed to a steady stream of human observation and hunting had lost much of its challenge.

Lions changed that. It became much harder to catch a deer unaware. Their natural defenses that had become dulled from a life absent of adversity, sharpened and the quality and maturity of the herd in general improved.

Wolves are returning to our landscape, along with black bears and mountain lions, and the future holds fewer hunting opportunities for human hunters. But the deer, elk, and antelope that prosper will be a much more vibrant testimony to their ancestors.

I’ve often wondered if humans also suffer from a loss of adversity. It seems true on a historical perspective that the greatest generations rose on the shoulders of those individuals who fought the good fight. Teddy Roosevelt loved battle although he was a weak child with poor health. He boxed through Harvard, fought in battles both military and political and overcame the adversity of losing both his wife and mother to illness on the same night.

Roosevelt was magnificent and became one of the most admired politicians in American history.

Our country is currently reeling from the horrific and senseless killing of George Floyd, too soon after the attack of COVID-19.  Weakened, we are under assault by forces that wish to fan the flames of our nation’s racist scars and economic anemia. Some wish to see our democracy fail.

While reintroducing wolves to New York’s Central Park would most certainly attract millions in tourist dollars, reduce crime, homelessness, and obesity, the anarchists and domestic terrorists are proving themselves predatory enough to strengthen all our resolve. The George Floyd tragedy should serve to inflame our hearts to rid our nation of unequal justice and unify us against all aggressors foreign and domestic, human or wolf.

America has proven time and again that we rise stronger from adversity.