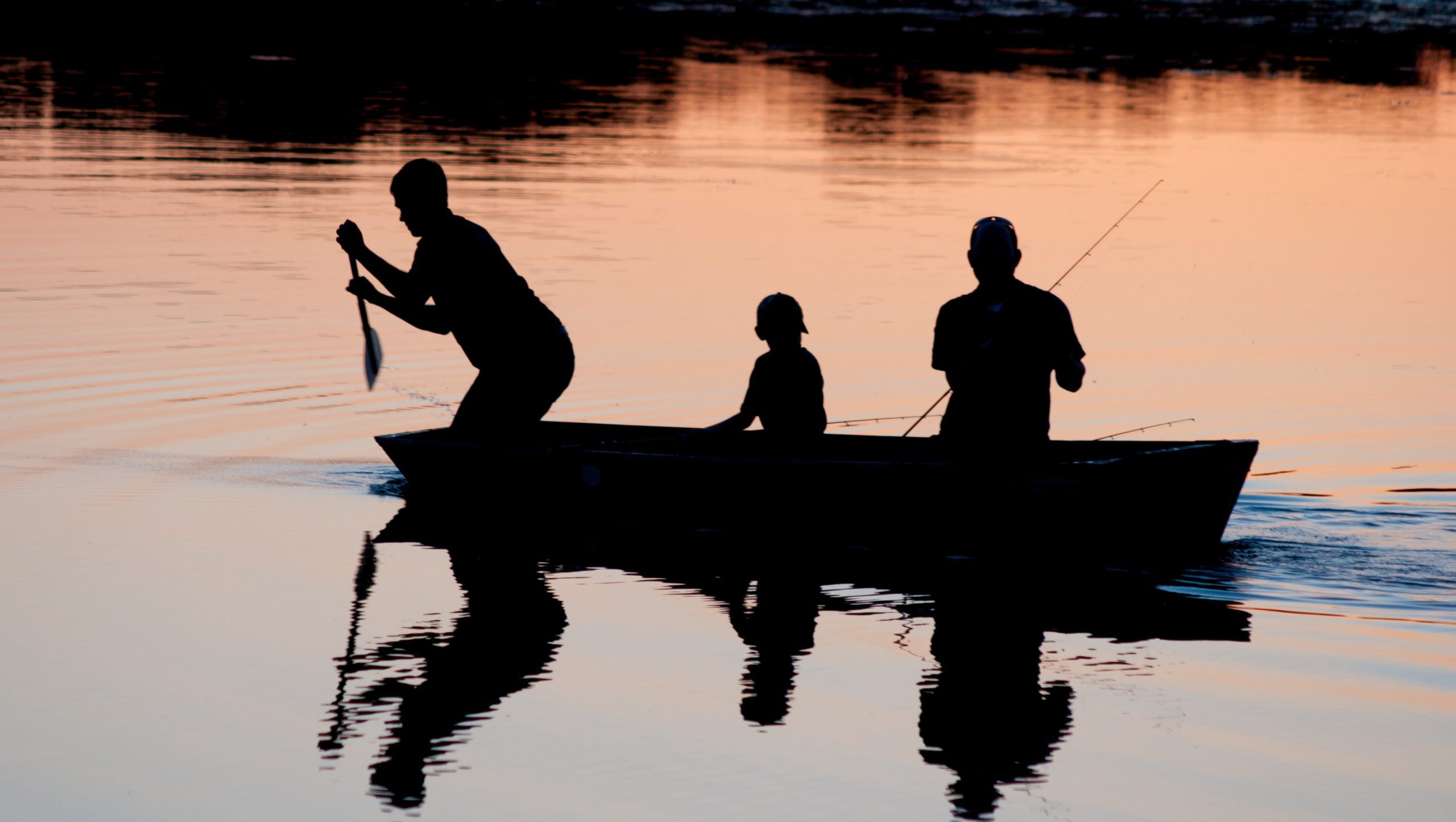 A note to young fathers (and anyone else who has a chance to share the majesty of the outdoors with a child): I’ve never heard an old man say, “I wish I hadn’t spent so much time in the outdoors with my kids.”

These unheard words haunt me.

However, I’ll be the first to admit it, sharing hunting and fishing pursuits with kids is a sacrificial act that I don’t always want to do. Therein lies the tension in which all field-going fathers reside.

At the time of writing this essay, I have eight children. Lord willing, the eighth will be delivered next month. My eldest is eleven years, almost twelve. I can’t tie my shoes without a kid climbing on my back or make coffee without a little one on my hip. I started flounder gigging when my third child was born because of these very reasons. I needed my own time in the field, time that didn’t leave momma drowning in diapers, and flounder gigging was the perfect solution.

Our dock is on a very storied creek in the low country of South Carolina. Even the fish know it’s legendary, so they all congregate there. After we tuck all the kids into their beds, I slip out with a buddy or two in my sixteen-foot, flat-bottom, tiller-driven skiff.

Some nights it feels like Eden before the serpent. The creek is teeming with life and the work seems so easy. The flounder lie waiting under the bright LED lights in the crystal-clear water, ready to make their final migration to my freezer. “It’s like God’s grocery store,” as one of my friends often says.

Most nights it’s as if the perfect silence keeps the stars leaning in closely to see the next catch. It’s a sacred time and a sacred space. Who would dare let it be disrupted by an untrained and inept child?

I need to put meat in the freezer.

This is MY time.

This is MY space!

That’s the lie. Don’t believe it.

A couple weeks ago I remembered those haunting words that I’ve never heard an old man say, so I took my four oldest kids flounder gigging. They were beyond excited. I had taken the three oldest before without much success, but this trip was different. I set us up for success that didn’t hinge on the catch. Merely entering the sacred space together was the success.

In a world where apps and games allow kids to be the master of a fictional universe with no real consequences, we have the opportunity to bring kids into a real-world that they themselves didn’t create. They can enter a world where there are real consequences, learn to act with real agency, and learn how to be a steward of gifts that have been given to us. It’s humbling. When approached with reverence, a hunting or fishing trip can be profoundly formational for our kids (and us).

After a ten-minute boat ride to the inlet, we prayed together, thanking God for the creek and everything in it. The kids were properly instructed on how to spot flounder and the most effective stabbing technique. Then, as we hovered over the face of the water, with two clicks of the battery switch, light flooded the deep.

The “oohs” and “awes” commenced and were only ever interrupted by the exuberant shouts of victory while lifting a fish into the boat. Needlefish, blue crabs, stone crabs, pufferfish, stingrays, sheepshead, moon-jellies, and squid were included in the litany of creatures we saw.

Over the course of two and a half hours, each of us was able to successfully gig a flounder, in addition to a spot-tail bass on the move.

Some things my kids said that night…

“Feeling the gig head crush through its skull was so satisfying.” Miriam (11)

“I’m cold and I want to go home, but not until everyone stabs something.” Esther (10)

I could have gigged more if I hadn’t brought the kids.

For some reason, as I lie in bed that night, that thought never crossed my mind.