Why the A5 is Just Better

The browning A5 and reminiscing about a historic tool. 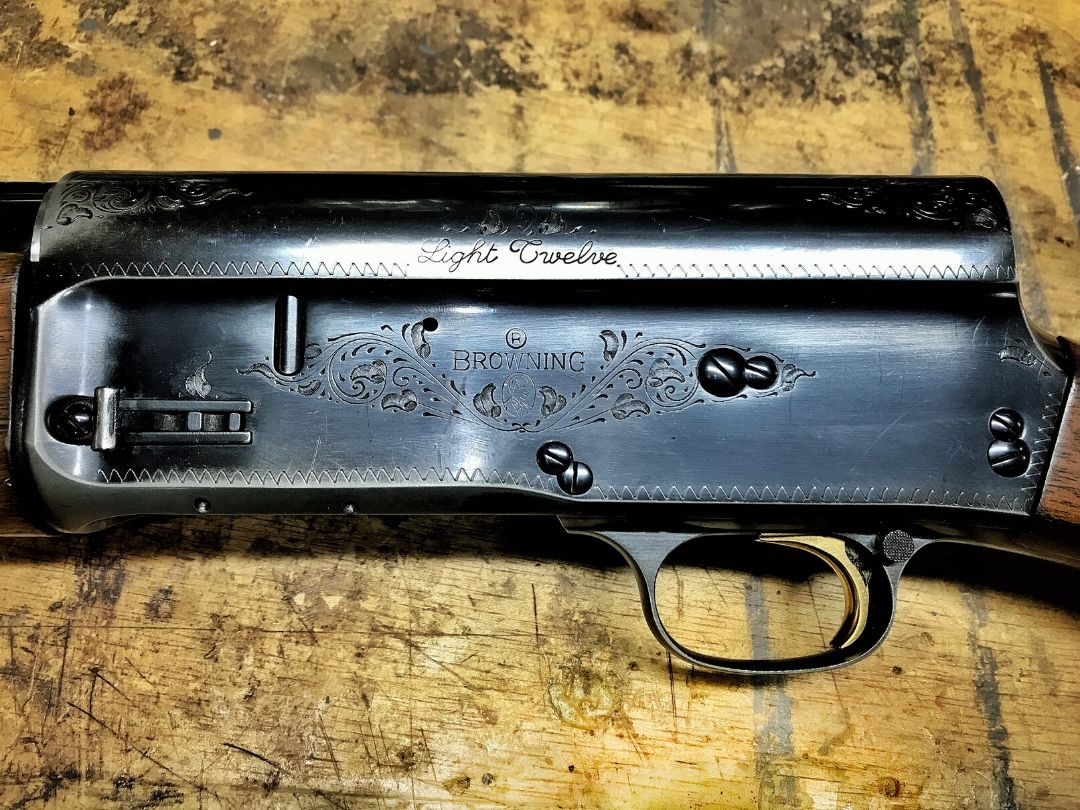 The house in which I spent my earliest years was tiny. Today they would call it a “cottage”. It was a small two-bedroom, one-bathroom affair with a one-car garage underneath in Atlanta’s now-trendy suburb of Decatur. Our washer and dryer were on the back porch which, I assume, would now be “quaint”, but was a source of consternation to my mother at the time.

I had a great many adventures there, despite its small size, city location and fenced-in yard. An opossum chose to make its bed between our washer and dryer one evening – very much to my mother’s chagrin. My Dad’s black lab, “Grizzly” died there in the backyard – my first experience with death. I encountered my first snake – a small, feisty one called a “ribbon snake” one afternoon by the old oak.

I planted my first tree under the kitchen window.

We hung a horseshoe in the crotch of the silver maple out front and it became part of the tree – growing deep into the trunk. I believe it is still there, but I haven’t been back to look because I prefer to imagine that is so.

The house wasn’t much. I remember yellow linoleum, a tiny kitchen, a basement workshop with a reloading bench where I learned the art of reloading and, as an 8yr old, would build the ammunition that took my first whitetail.

Due to its size, very little went on in this house without my knowledge. I had assumed that nothing, period, would happen there without my consent, so it was with great surprise that early one morning I caught sight of my Dad sliding a cased shotgun, ammunition, a dove seat and a change of clothes into his red and white Jeep CJ-5, before he slid behind the wheel and pulled away.

“Where is Dad going”, I asked my mother, perturbed.

“He’s leaving to shoot birds this afternoon after work”, she replied.

“But I always go with him”

“Not this time. He’s going with work friends and you can’t go on this one.”

I laid in my bed late listening for the sound of his vehicle in the driveway. When it came, I burst into the living room and accosted him at the front door. He picked me up and grinned. He smelled of 1980s sunscreen (the kind that always ran down into your eyes and burned) and sweat with a hint of burned shotshell powder.

“You went without me”

“Sorry bud. I only had an invitation for one this time. We’ll go together next time.”

“How many did you kill?”

He had on a thin, camouflage t-shirt in the blotched army pattern so common at the time and his ubiquitous tan pants. I noticed his shoulder around the edges was red and inflamed, bordering on raw.

“My old humpbacked Browning A5” he said.  “The one your mama gave me when we got married.”

“Its vicious recoil is a regular reminder of the many pains of married life” he sent in the direction of my mother, grinning wider. She laughed.

He pulled the slick, gleaming shotgun from the case, jacked the bolt back, then thumbed the release, slamming it forward. I heard the bell-like tone of a Browning Auto-5 “Light Twelve” shotgun in action for the first time standing right there.

Together we wiped the gun free of fingerprints, “so it won’t rust”, he said, and I helped him put it away.

“One day maybe this’ll be yours. But you’ll have to be a good bit bigger, it kicks like a mule”.

Until recently, dove season in Georgia started at noon on the first Saturday after the first Monday in September. At 11:59AM dove fields all over the state would fairly sing with the sound of Auto-5s brought into battery – the unique, ringing, “CLANG” of its bolt slamming home issuing in my favorite time of year throughout my childhood.

I saw Dad’s Auto-5 in action on many dove shoots. Then one day, he put it up. “Kicks too much” he said. We both moved on – Remington 1100s, various other gas guns, finally settling on soft-shooting aluminum-framed Berettas 303s, 390s, 391s, 400s – we had them all, but I missed the sound, the soft blued steel and the panache of the A5.

John M. Browning’s Auto-5 shotgun is one of precious few inanimate objects that holds a place of importance in my life, but its significance began well before me and will almost certainly continue. The design was patented in 1900 and is considered by many to be the single most important semi-automatic shotgun ever conceived. It saw a number of variations and imitators in the form of design licensing (the Remington model 11, the Savage 720) and more after its patent expired (the Remington 11-48, Franchi AL-48), but the original Auto-5 design lives on. It was improved by John Browning’s son, Val, with the addition of a magazine cutoff lever as well as an ingenious “speed load” feature that whisks a shell inserted into the magazine under an open bolt directly into the chamber, bypassing a couple of steps in the loading process and, theoretically, putting more game on the table. I shock and amaze Auto-5 owners every year demonstrating this feature – many don’t even know it exists.

I have found the Auto-5’s much-lauded “weakness” – a reputation for vicious recoil – to be mostly unfounded, at least in design. The gun operates on the “long recoil” system – relying on a series of springs to soak up rearward inertia of the barrel and bolt and return the action to battery; as well as a brass “friction piece” that acts to reduce the speed of the barrel as it shoves the bolt rearward. If you own an Auto-5 and have never replaced its springs or friction piece – do yourself a favor and order a rebuild kit from Art’s Gun Shop, you will be amazed at the difference.

The Auto-5’s reputation for painful recoil isn’t completely mysterious in one respect – most of them sport a hard plastic “gutta percha” stock cap in lieu of a recoil pad and, in the case of models that did have a recoil pad, like the “Magnum” guns, it was a hard rubber affair that does little for the shoulder compared to today’s high-tech rubber and foam designs. Hard plastic on flesh after a long day afield inspired many a flinch and built the A5’s reputation.

Dad’s Auto-5 was a 1971 model, not particularly “collectible” in any way. By now most of the bluing shows silver around the edges of the receiver and displays a fair number of dings and scratches on its yellowing walnut furniture. Just this year I managed to locate a 1971 20ga “Light Twenty” to match and have found it just as satisfying a companion in the field as its larger sibling.

Dad retired it, but his A5 didn’t sit idle long. I missed that sound – the “CLANG!” and the “SLAM!” of the bolt. I missed the speed load feature and the delightful pointability of the gun. So, one day not long after I graduated from college, I saw it sitting a bit forlorn, perhaps, in the back of his gun safe and I did what any good son would do – I swiped it.

That year I put a nice Pachmayr recoil pad on it, replaced all the springs, and on opening day of dove season I reached past my soft-shooting Berettas, aluminum receivers long since worn-out, and grabbed the Auto-5 built 30 years before the oldest of them. It’s been back in action ever since.

Dad came by not long ago, saw the new Light Twenty propped against my workbench and said “Hey, that reminds me, whatever happened to my old A5?”