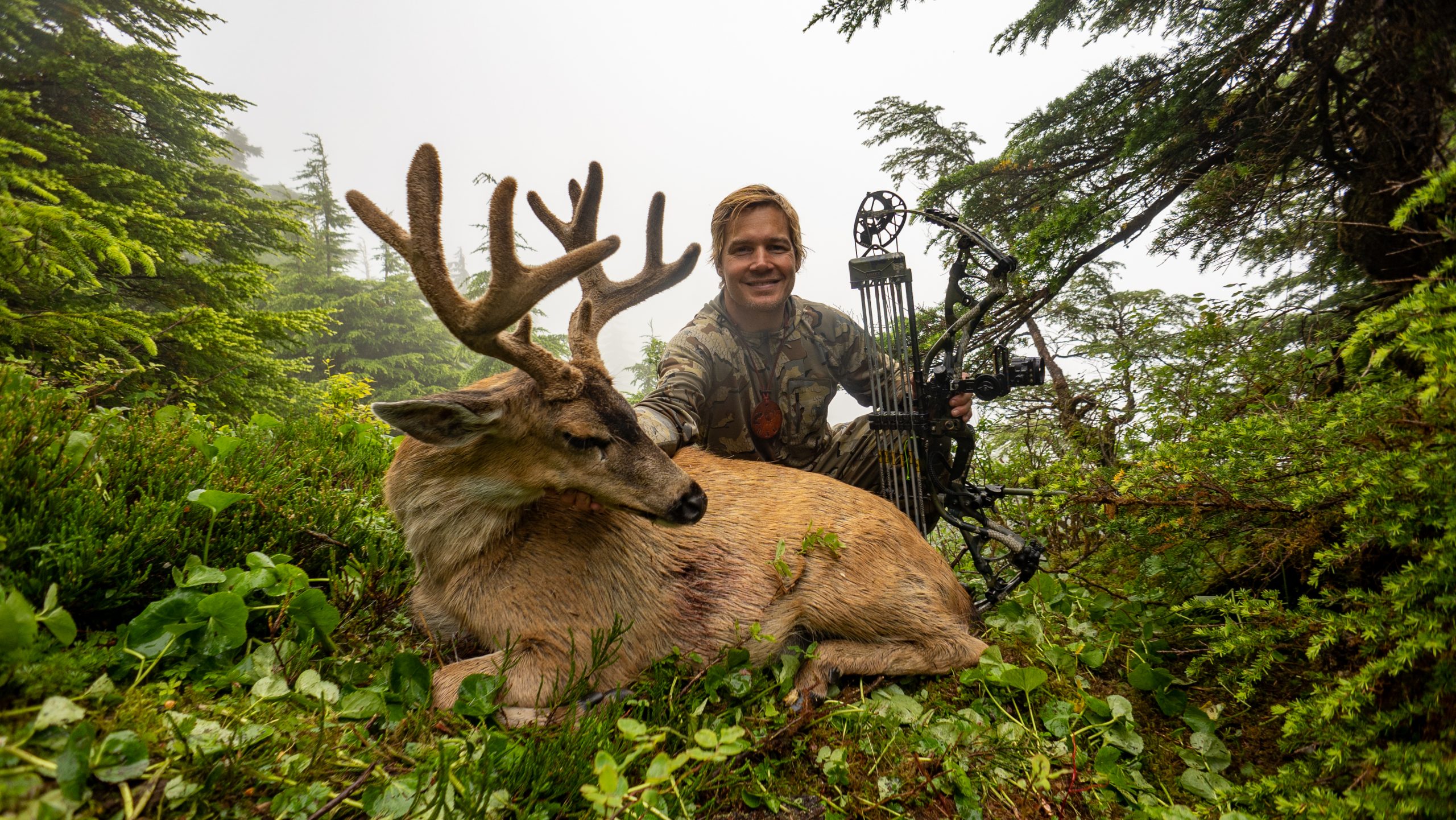 Sometimes I get asked, “You’re doing that hunt alone? Why don’t you hire a guide?”

And yet, other times I hear, “Why did you hire a guide? Don’t you know how to hunt?”

In reality, I am pretty particular about when I hunt with a guide and when I don’t, and believe it or not, it’s more science than art.

In practice, I choose to hunt with a guide when the tag is either very limited or very expensive. There are also many species in Canada and Alaska that require a guide by law.

On the other hand, when the tag can be easily and regularly acquired, I like to personally invest the time to figure out the species and the area they call home. This process is enjoyable and usually takes a few years. For example, this last August, I finished my quest for a self-guided Boone and Crockett Sitka blacktail deer. Between 2018 – 2020, I spent 34 days living out of my pack in remote SE Alaska. The hunt culminated in the new velvet archery world record.

In contrast, this last September, I was able to secure a once-in-a-lifetime Utah bison tag. Killing a respectable bison on my own wouldn’t have been hard, but for years I’d dreamed of an opportunity to hunt a giant, old bull – a legendary symbol of the American Old West. Due to the limited nature of this tag, and my high expectations, hiring an outfitter was a no-brainer for me. I needed to make this opportunity count.

It turned out that my decision was a good one. My guide, Lance Scoggins, who guides for Wade Lemon, was an absolute expert on bison and the Henry Mountains. As a huge bonus to me, he’d spent the entire summer scouting the famous Henry’s mule deer herd.

Incredibly, after months on the Unit, he still hadn’t seen a bison that he considered a true giant. As we scouted together the week before the season, I saw many bulls that I thought were big. Time and time again, Lance would laugh at me and say, “That’s a baby,” underscoring my need for a guide.

On our last day before the opener, Lance’s tenacious work ethic paid off. While we were split-up between different drainages, he located a colossal bull. The next morning, I crawled through the sagebrush to 45 yards and settled my sight pin behind his shoulder. The arrow flew true, and I’ve never seen something so big die so quickly and cleanly. He walked a mere four steps after the shot.

He was everything we dreamed of and more, beating the Utah State Archery Record by nearly four inches. It was very clear to me that this would not have been the result if I hadn’t hired a guide. If I’d gone out alone, I very likely would’ve shot “a baby.”

Self-guided hunting is extremely rewarding. But I also enjoy hunting with guides that are experts at their craft in areas where, due to limitations, I could not realistically arrive at their level of knowledge and experience. When deciding if you should hire a guide, consider what you ultimately want out of the hunt, and weigh your ability to get there on your own, against having some extra experience at your side.