When Krieghoff Saved My Life 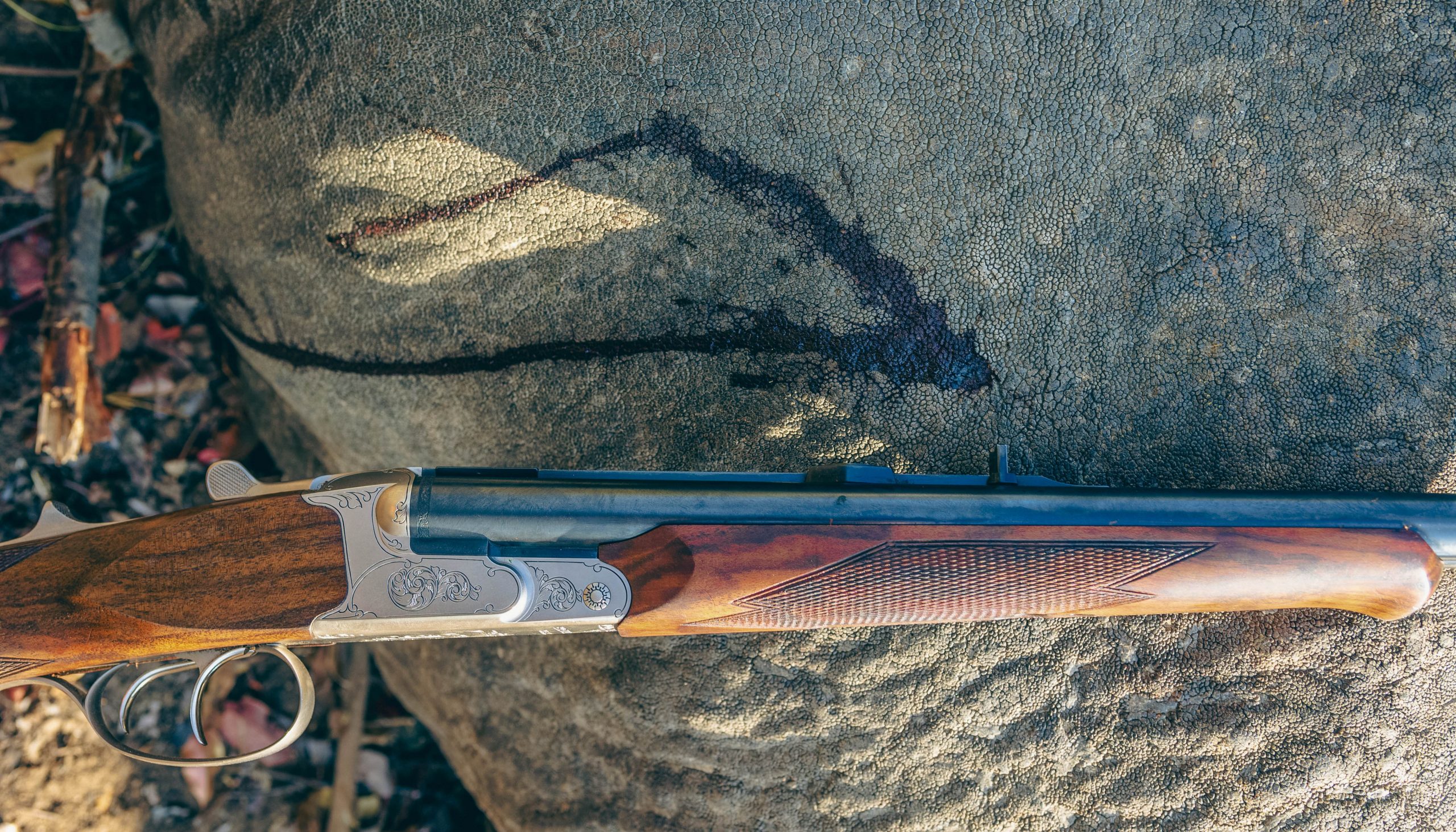 The fight with the buffalo had ended before it began. A quick right and left, soft and solid, and the old dagga boy was down within five yards. This followed a three-hour stalk, placing each step where the PH has disturbed the dry leaves with his sandal. It was, in short, one of the coolest hunting days of my life. That was day three.

The next nine days were less exciting.

We weren’t seeing much in the way of game, save for a few impala here and there, and mature elephant bull tracks were scarce. Those we did find quickly led us to the Mozambique border or to the imaginary line that divides the various hunting concessions in the valley. The wind screwed us with great regularity. For more than a week we drove, we hiked, we scrambled over boulders and slapped at tsetse flies. According to my phone, we covered more than 100 miles on foot alone, my double rifle over my shoulder the entire time. Other than a few mock charges from some elephantine Karens and a close call with a spitting cobra, it was an uneventful week. It was one of those times where things suck in the moment, but that you look upon fondly for the rest of your life. The highlight of each day were the two Bohlinger tallboys that I would suck down during the Cruiser ride back to camp.

When you’re walking, climbing and crawling in the middle of a group that includes two trackers, a PH and two game scouts, it’s hard not to point your muzzle at someone. Despite my best efforts, I’m certain that I swept my share. I took comfort in knowing that my Krieghoff Safari Classic was built for just such a scenario. Instead of a traditional safety, Krieghoff double rifles incorporate a cocking lever. When stalking, the chambers are loaded but the action is not cocked—so it cannot fire. With the PH and I both armed with K-guns, the crew was in good hands. Mostly. The game scout’s North Korean-made AKM didn’t have this feature and I found myself staring down its muzzle more often than I would have liked. Surprisingly, that would not be the most dangerous part of this trip.

It was day 12 when the real brush with death came.

After a blown stalk on a group of elephant bulls that morning, we found the tracks of an ancient bull leading away from a flowing spring. The trackers were top notch and we quickly caught up with the bull. He was resting in the shade and, with the wind in our favor, was oblivious to our presence. Elephants have an amazing sense of smell, good hearing but shitty eyesight.

We stood, 30 or so yards away, just watching him. He was big and old but with small ivory and what we determined was a broken-off tusk on the opposite side. My foot brushed a twig and his head snapped around like he’d heard a gunshot. He turned to walk obliquely away, his body language alerting the PH to the impending danger. “When he gets our wind, he’s going to charge,” he whispered. “Get ready, you’re going to have to kill him.”

Oh shit. It was like I’d stumbled into a Capstick book.

A second later he spun in our direction, put his head down and flared his massive ears. Dust flew and time slowed to a crawl. He didn’t trumpet, this was no bluff charge. He came flat-out, five tons of angry bull at full steam. I pushed the cocking lever forward as the Krieghoff came up like a quail gun. When the recoil pad found my shoulder, my finger stroked the front trigger. After weeks of studying elephant anatomy and agonizing over shot angles, there was no time to sort it out.

Luckily, 400 grains of solid drove through his skull and into his brain. He dropped so fast that the PH’s .470 round went over the bull’s head. The entire thing lasted a couple seconds. If I wasn’t a Krieghoff fan before, I certainly am now.