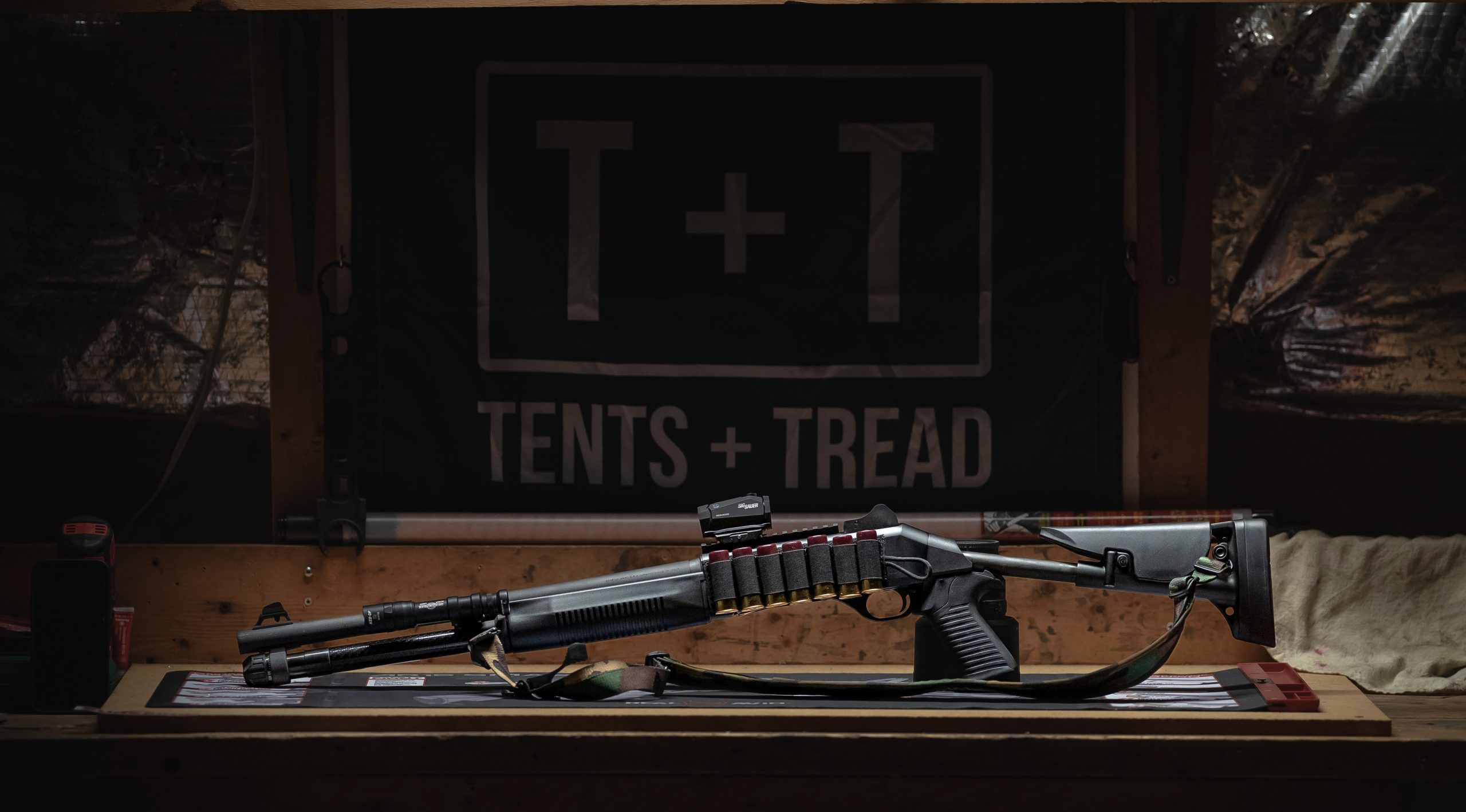 “Ok listen up,” barked my outfitter in a rare moment of seriousness. (I’ll call him Brett, and I won’t say if we were in Idaho, Wyoming or Montana, because to doxx him would be to ruin his life–just for trying his best to save people and bears. But for reference, we were miles in the backcountry, hunting elk on a classic horseback/canvas tent operation. After one full day of hunting, we’d seen five grizzlies and zero elk. Now back to the story.)

“If you hear the hounds start raising hell in the middle of the night, do not, I repeat, do not leave your tent. The dogs’ job is to alert us to bears, who make a habit of raiding the food tent. Then we,” he said, pointing dramatically toward himself and two of his guides, “will take care of it. Everyone got it?”

Later on over supper, one hunter had to ask:

“Well,” said Brett, “we sure as hell don’t kill ‘em, if that’s what you’re asking. I’d rather kill you than a fucking grizzly bear. There’d be less hassle with the feds. Hell, they’d probably just write you off as another stupid hunter killed in another stupid hunting accident and send out a press release reminding people that hunting is fucking stupid. But to mess around and kill a grizzly–even if it was chewing my arm?” Brett whistled between bites of steak, “Oh hell no. I could forget about taking out any clients the rest of the year while they drape the unit in yellow tape and fly Joe fucking Kenda in to run forensics. The liberal-ass hippies in office care more about individual bears than they do individual men. If they didn’t, they’d let the states manage the bears that are officially–and this is a biological term–out-of-fucking-control.”

“Well, so what do you do?” asked the hunter.

Brett, now off his soap box as quickly as he’d jumped on it, wouldn’t say. I guess loose lips (and liberal-ass hippies in office) sink ships.

But a couple years later I finally got it out of him over a bottle of bourbon.

“We warm ‘em up,” he said, finally. It seemed like a load off his mind.

“So you know a hard-headed dog often responds best to a little pain.”

“You put shock collars on the bears?”

“No, jerkoff. Surely you’re old enough to remember how the old-school bird hunters did it.”

“Exactly,” said Brett, with an impish grin. “We just warm ‘em up a little. It’s the only thing we can do that makes these bears remember–and actually changes their behavior.”

“What if you injure one and it goes on a human killin’ spree like Woody Harrelson in Natural Born Killers?” I asked, innocently enough.

“You obviously haven’t done enough pheasant hunting on opening day in South Dakota,” he countered. “No. 8s past 40 yards won’t penetrate your Carhartts, much less the hide of a nappy-haired, fat-ass grizzly. Do you shoot ‘em in the face? Hell no. You shoot them in the ass as they are walking away with your T-bones, or while snapping their jaws as they side-step around camp, daring you to do something. The scary boom and the birdshot bee stings just makes ‘em think twice about coming back for seconds. Ultimately it saves bears … and clients … and, as much as I don’t like to admit it … hikers.”

A couple years later I was in Brett’s camp again as he was giving his safety speech. Afterward I pulled him aside.

“Ok,” he said, surprising me. “You grab the Mossberg and cover the meat pole. I’ll follow the dogs.”

Hotdamn! I was so excited I could barely sleep. But unfortunately, I never got in on the action. You know why? The grizzlies around those parts now much prefer the chilly side of the mountain–way the hell away from the warming hut.