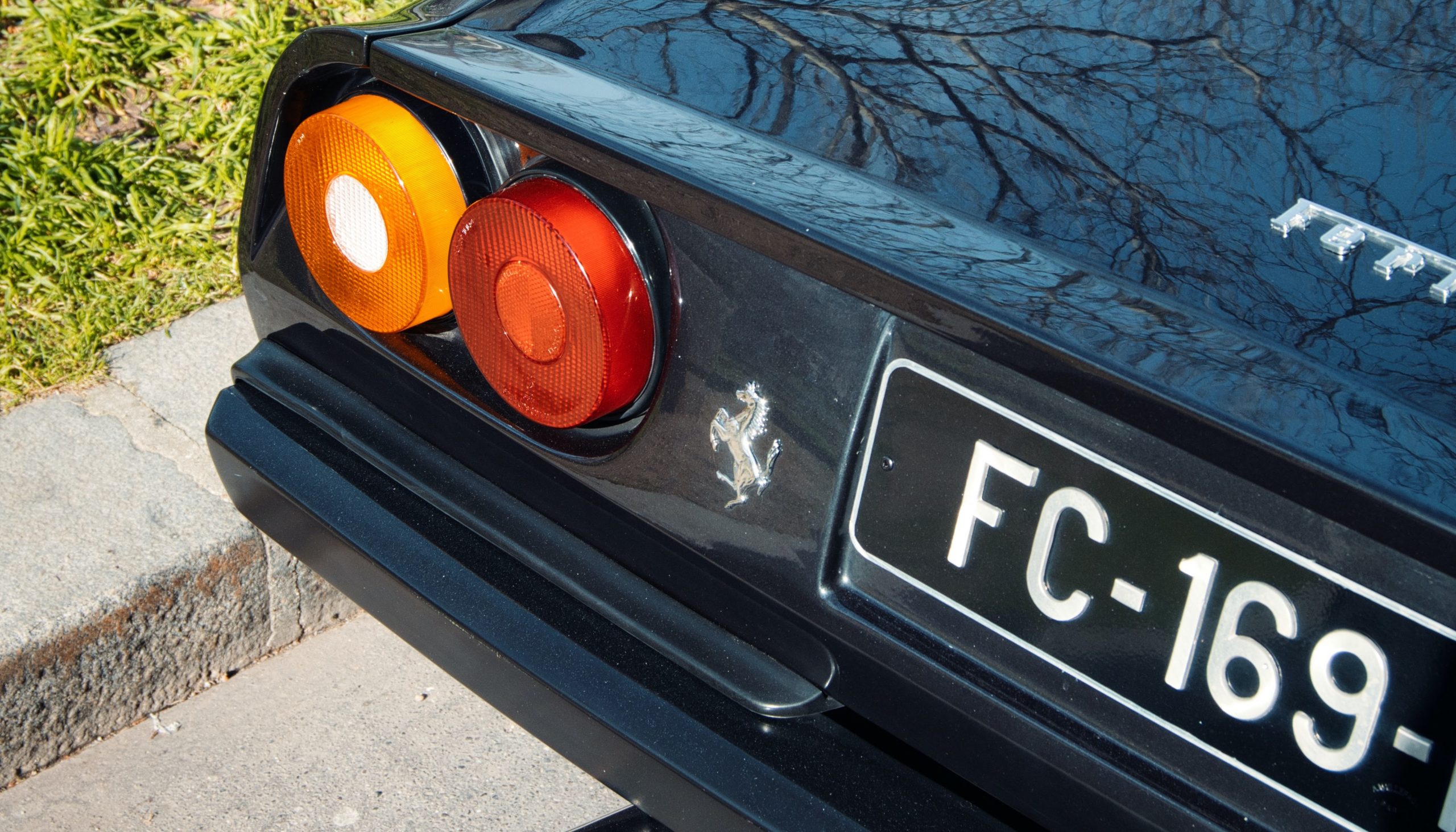 Editor’s Note: Andrew Court’s opinion of Hawaiian print shirts, Magnum P.I. and Miami Vice may be shocking and offensive to some readers. Field Ethos has never represented itself as a safe space for millennial ideals so Court will be dealt with in a violent manner.

A certain type of guy, at one point in his life, will almost inevitably make a big mistake on a “bargain” used exotic car. Why does he do this?

He’s definitely not too poor/cheap/pussy whipped to buy a shiny newish ride. Only chumps lose money on depreciation. This is an “investment,” he’ll explain like the Warren Buffett of Auto Trader. His wife’s probably leaving him anyway.

To really understand his reasoning, however, you must learn the classic archetypes, starting with the used Ferrari douche.

The Diagnostic And Statistical Manual Of Mental Disorders, 5th edition, classifies this as either Don Johnson Disorder or Magnum PI Syndrome. While similar, these two illnesses are distinguished by the mid-life crisis patient’s choice of Linen blazers or Hawaiian shirts.

Those with a severe case will select an 80s or 90s V8 model like the F355 or 308 GTS. Tempting because of their iconic design and cheap prices, these cars will break down more than Hunter Biden. Whatever you do, don’t bring your Ukrainian mail-order bride to the garage. She’ll start fucking the mechanic when she realizes he’s got all your disposable income. Not sure the Burisma Board is taking any more applications…

At least a Ferrari could potentially get someone laid. Porsche culture is about as attractive to the opposite sex as an evening playing Call of Duty and ‘doing the Dew.

Used–excuse me, vintage–Porsche guys definitely aren’t too poor or cheap. Older 911 models are more expensive than new ones. It can’t be one of the reliable, fast and easy-to-drive models made after 1996 either. It has to be an air-cooled, jumped-up VW bug with so much rear engine oversteer you’ll put it in a tree going around your tech startup’s parking lot.

Fans of the brand will definitely pay up, as they’ve been saving since graduating from Incel University with an MBA in Advanced Corporate Jargon. With this education, they’ll be able to explain, in the most condescending and confusing manner possible, why Porsches only go up in value.

As a crew they assemble to argue about microscopic differences between 911s with an ardor rarely seen outside the Berkeley Gender Studies department. Cold lonely evenings are spent wanking to Ted Gushue’s instagram #IYKYK.

Then there’s the Land Rover WASP…

While Chad’s got a leased BMW at his Back Bay Boston home, for the Nantucket summer house he needs something a little more shabby chic to match his needlepoint belt. From his friend Brad, Chad stole the idea to buy a $100k 1996 Land Rover Defender that’s only slightly worse than a $10k Jeep. It won’t work most of the time, but that’s ok because Chad’s license is suspended after last summer’s DUI anyway.

His hipster cousin Mortimer meanwhile just purchased a 2002 Land Rover Discovery. Mortimer’s proud of himself for turning down a role at the family hedge fund, but bee keeping (even with a trust fund) doesn’t get you Defender level cash.

Wren, Mortimer’s girlfriend, is slightly embarrassed by the car’s terrible fuel economy. Vegans stare when they go on kale runs to the Brooklyn Food Co-op. Her Ayahuasca shaman, however, taught her to purge guilt by purchasing carbon credits for their upcoming Peru trip.

At this point some readers are probably feeling angry, wondering who am I to be so high and mighty.

Last year I gave into the impulse and purchased a used Aston Martin. I know your question and the answer is yes; I do put a tux on in the middle of the night to sit in the garage, watch Bond films on my IPad and drink martinis out of a Tervis tumbler.

Now, why can’t Field Ethos get around to reviewing the Walther PPK already?!