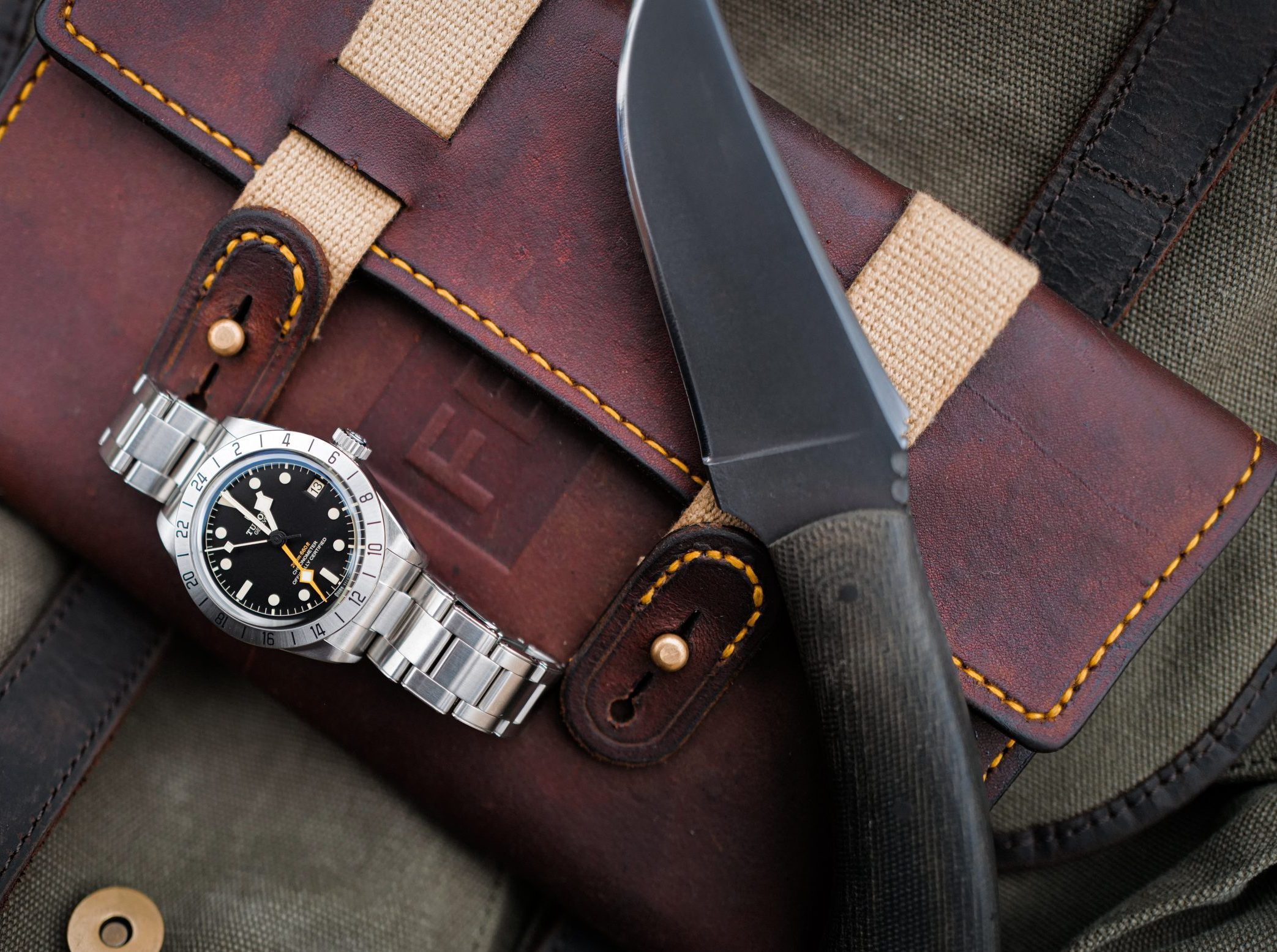 Commander James Simpson of the British Royal Navy stood in the mangled fuselage of a Hastings transport aircraft. Flying 50 feet above the snow headfirst into a whiteout while dropping supplies for he and his men proved to be a bit too daring, even for the ice-veined pilots of the RAF. They’d made a “hard landing” —pilot speak for a belly-first crash. Three of the crewmembers were in critical condition.

Simpson looked down at his wrist. His Tudor watch, unaffected by the terminally cold temperatures, told him how much daylight he had left. It was time to make a plan.

In 1926 the Tudor Watch brand was born in Geneva, Switzerland; since then the Rolex-owned watchmaker has served men of action, adventure and military service in the darkest corners of the globe.

The Tudor brand is always on Field Ethos’ radar, but more than usual in 2022 with its Q1 release of the Black Bay Pro GMT tool watch.

What’s a tool watch? It’s a watch designed to perform a specific task. In this case, to track multiple time zones for the traveling man. It may seem like an unnecessary feature to some, but for those who crisscross continents enough to forget what day of the week it is back home, it’s damned valuable.

In Europe but wish to speak with your wife and kids while they’re having breakfast before school? Easy. Need to make sure you make that 2pm East Coast conference call while you’re having after- dinner drinks in Johannesburg? Zero guess work.

All of these things are accomplished by setting the Tudor’s in-house GMT movement. Without nerding out too much, it’s another hour hand that you can set to track … wherever. It’s very cool.

But it’s not the only notable aspect of the Black Bay Pro GMT.

The overall aesthetic appears as though Tudor snuck into their big brother’s file cabinet and borrowed design elements from Steve Mcqueen’s 1970’s Rolex Explorer II. Compare the two and you’ll see the resemblance is uncanny.

Lastly, this all-stainless steel watch was built with that 1952 Greenland exploration in spirit. It’s a heavy-duty, go-anywhere adventure watch that will hold up to fistfights, free dives, and the recoil of 10,000 shotgun shells while dove hunting in Argentina.

Sure, it’s ideal to never have to plan a rescue mission from a section of aluminum tube formerly known as your aircraft, but if you’re really unlucky at least you’ll know what time it is where you’re standing … and where you were headed. $4,175

*Editor’s Note: At precisely the time this article goes live in the FE email, we’ll be in the air, crossing over Greenland on the way to a European stag hunt … that is, if we don’t make a hard landing along the way. The Tudor Black Bay Pro GMT will be along for the ride, just in case.