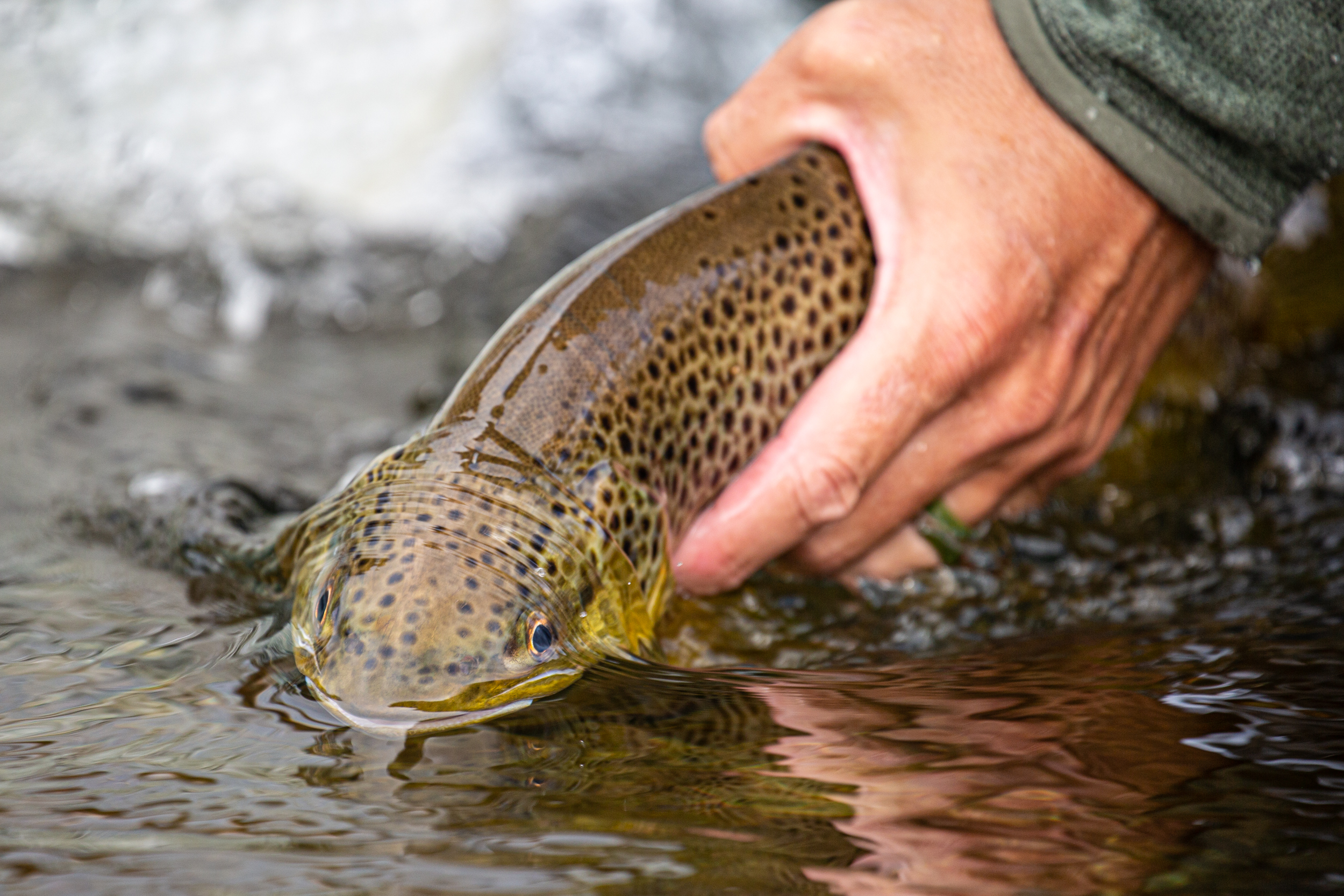 We didn’t know one another. I’d become Instagram-acquainted with Tom—as much as one can get to know another human by typing messages into a social media app—and we had plenty of mutual friends.

Missoula is a small town. The fly industry is even smaller.

He was finishing up another bustling guide season, I found myself back in town after working in Belize, and we figured we might as well meet up to go fishing.

We settled on November 4, 2020 … the day after Election Day. Though the election was not yet formally called, I woke suitably pissed and debated if I should just move permanently to the Caribbean and live on a shack on the beach. Caught in that no-man’s-land between despair and just general anger, the distraction of the river sounded like a grand way to escape from the news cycle for a few precious hours. Not knowing the guys I’d be sharing the boat with, I resolved to put politics out of mind and just focus on the fish.

November frost sublimated off the rocks of the ramp as we put the boat in. Montana in autumn is a glorious thing—most of the tourists have gone home, the river is uncrowded for the first time in months, the elk are bugling and browns are eating streamers.

Or should be eating streamers.

Rick, the outfitting manager for a well-reputed local fly shop, had joined us for the day. Chatter was slow as the coffee kicked in and we got to know one another. All of us studiously avoided politics, though we each somberly pulled out our phones to check news every now and then.

Being a conservative in Missoula always brings to mind that one line from Lord of the Rings: “Our list of allies grows thin.”

There aren’t a lot of us remaining here, and you learn to choose your conversations.

We hooked into fish here and there, but it was slower than the conditions warranted.

Things were off with the universe. We were three fly-fishing industry professionals—who ostensibly knew what we were doing—catching a fraction of the fish we thought we should be.

The fish didn’t want to play. The karma was off. The juju was absent.

The world was topsy-turvy and kind of fucked.

It was mid-afternoon when one of us—for the life of me, I can’t remember who—checked their phone and saw the race had been called.

The boat was silent.

And then we started talking. Talking faster. Ranting. Commiserating. Cussing … a lot.

We blamed the trout’s lack of cooperation on the catastrophic fact that America as we knew it was never going to be the same.

We ranted some more.

Even the whitefish weren’t cooperating.

There was no question about it now. We were friends. Anyone who could tolerate the sheer volume of bad language coming from that Adipose boat was welcome to rant freely while casting a Sparkle Minnow at yet another log jam, hoping for a hungry brown.

The fish knew the world wasn’t right. They knew better than to come out from the depths of the water and face that gray November day. But thanks to a few hours of angry ranting amongst ourselves and the discovery of more like-minded folks, we felt a little bit better about the world, even just for the day.