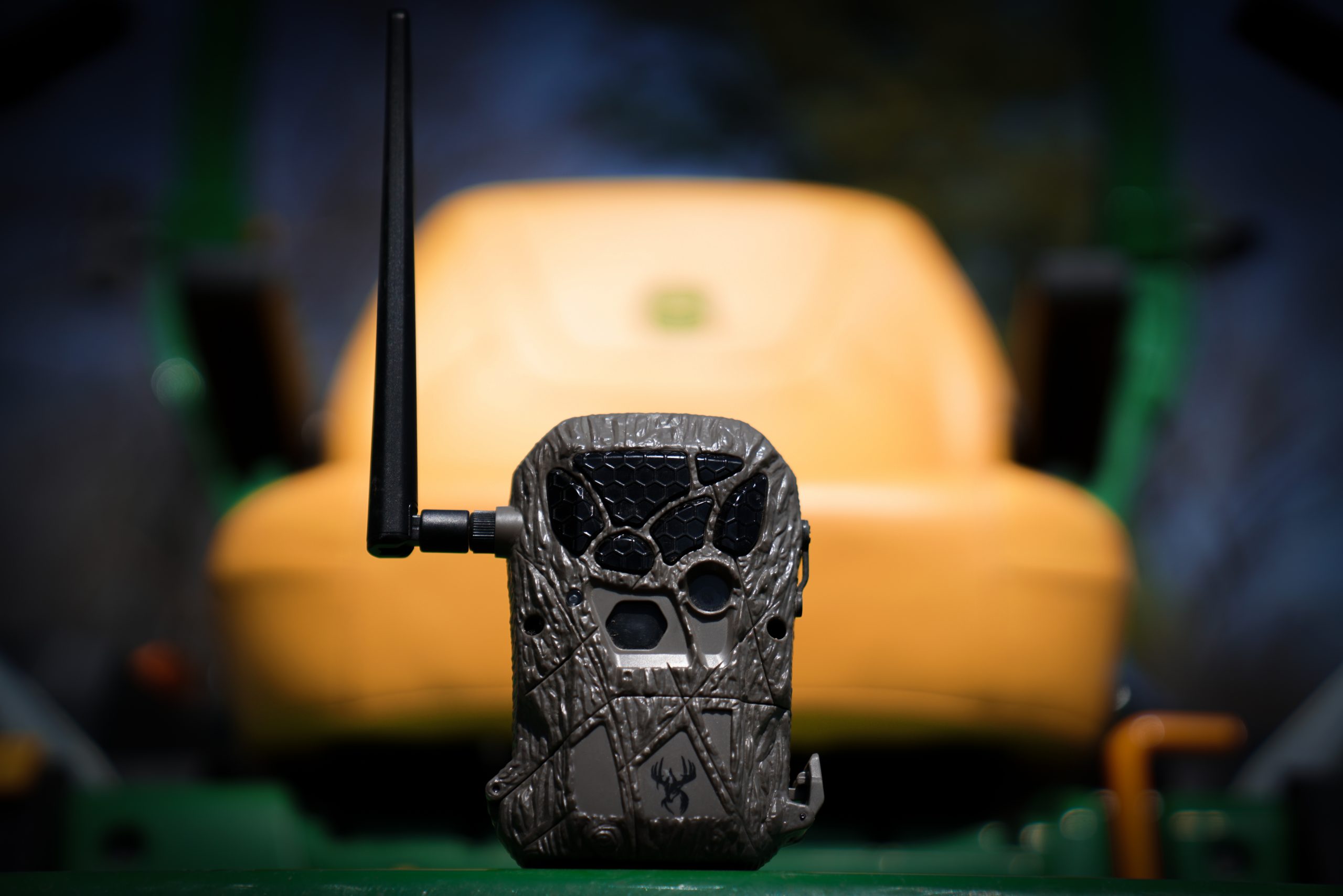 In my opinion the three most technologically advanced pieces of hunting gear invented in the last half-century are laser-finding rangefinders, thermal scopes, and cellular trail cams. But if I had to give an award, I’m handing it to the cell cam, because 1. It’s fun to view deer while at work; 2. They allow me to kill big bucks that I’d otherwise not known existed, and 3. They protect my stuff from lowlife thieves.

But many out there are too complicated to set up, their battery life sucks, or the cellular contracts they require are too damn expensive.

After extensive testing, Stealthcam’s Reactor is my favorite in budget cell cam. Why? Because it’s easy and cheap. I could end this review there, but here’s a few more details anyway.

After opening the package I immediately tossed the directions in the firepit, inserted the batteries and turned the thing on. Glory be to god! It has one simple on/off toggle switch.

Had I read the directions I wouldn’t have wasted time looking for where to insert a sim card, because a sim card comes pre-installed. The QR code tipped me off that I should scan it, and moments later Stealthcam’s Command Pro app was downloaded to my phone. Meanwhile, the camera located a cell tower. Five minutes later, it sent a photo to my phone. Bingo!

I set the camera near a corn feeder and went on with my daily toil.

Every day for five months through the hunting season, the cam would send photos of deer and anything else, including the neighbor’s damn dogs. I chose the highest rez photos possible (26MP) so I could zoom in and see antler detail, and I chose to have the images texted to me as soon as they were taken, which drains battery life quickly for all cameras.

On average, using eight Duracell or Energizer batteries (many cams require 12 or 16), the Reactor lasted approximately one month if the weather was above 40 degrees. (Lithium batteries can double that, but they also cost more than double.) All in all however, battery life was good for the 8-battery setup, but as I recommend for all cameras, the smart play is to buy a SOLPAK solar charger for it. In the long run it’ll save you cash.

I also like the cellular plans Stealth Cam offers. For $50 per month (or $40 per month if you pay for a full year) you can run three cameras on the same plan that allows 36,000 total photos. Each additional camera is $5. To me that’s reasonable.

One night while I was sitting on the couch drinking a Natty Light and watching COPS, an image of a big hog came through, so I quickly grabbed my .308 and tiptoed to the feeder. I think we can all agree that there’s no way I’d have gotten that hog without the camera.

The Stealth Cam also helped me to guide my wife to a nice buck, and so I got huge points there–well worth the price of the camera. I also received a crazy image of the exact moment my buddy’s bullet downed a tiny little buck that he misjudged. So now I have blackmail material, because he didn’t want me to tell anyone about it. I don’t have to. I can show them.

What’s more, these cams aren’t just for deer hunting. In my area of Methamphetamineville, Oklahoma, tweakers steal stuff like crazy, so I purposely left a lawnmower near the road and hid a Stealth Cam in the bushes. To be honest, however, I’m not sure this is totally legal … because it sure felt a lot like shooting over bait.  $139

Cons: Not the greatest night images