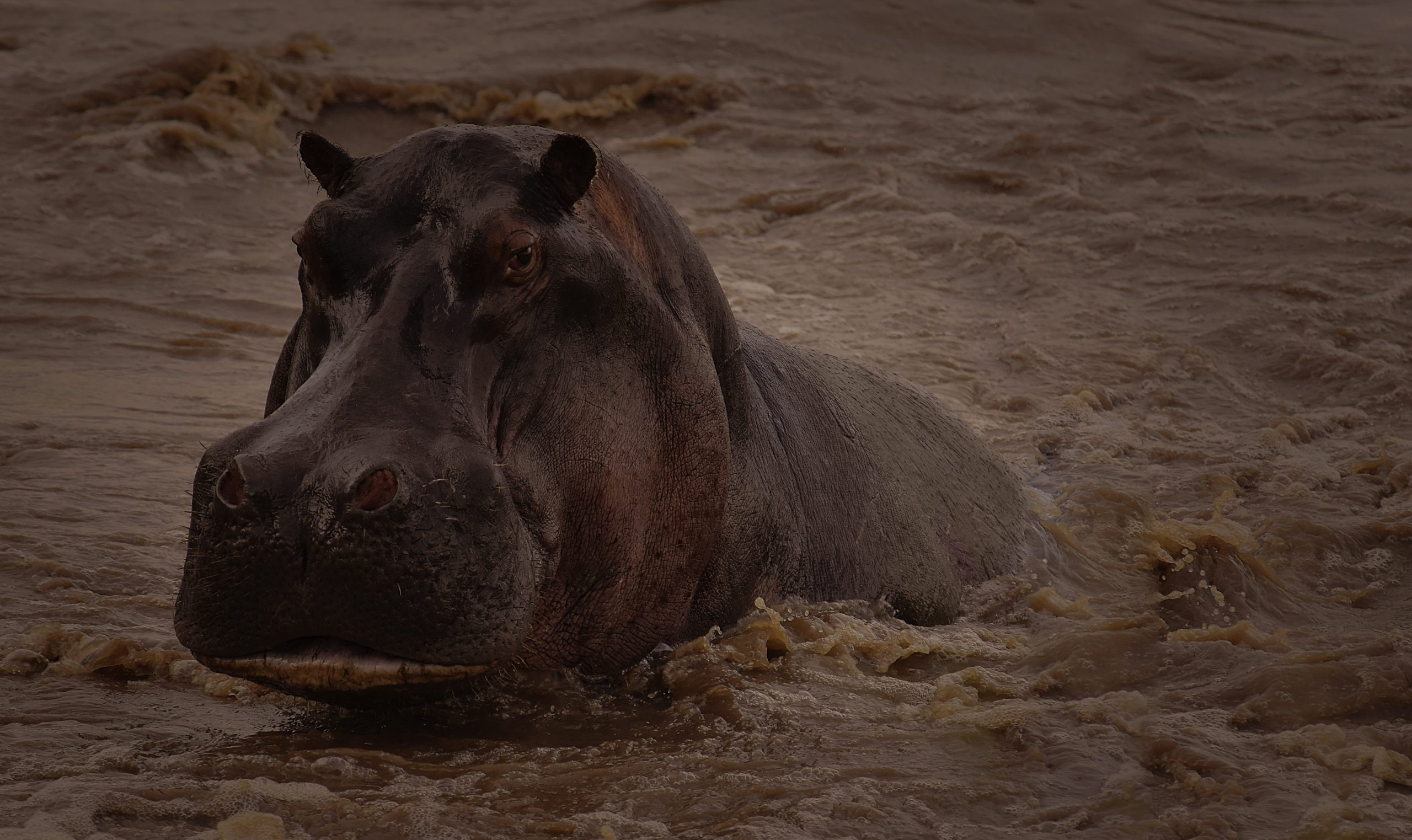 The channel was narrow, a broader lily-pad lagoon just ahead. At the far end was a mostly-submerged hippo bull, only his massive head out of the water. As we poled forward, he slipped beneath the calm surface. No big deal, hippos were common in those swamps, usually no problem, just give them a wide berth.

Maybe half a minute passed. Then I saw a thick papyrus stalk along the right bank bend and slip under the dark water. Odd. Then another, closer, and still another. Then a line of quivering stalks and some bubbles. Something large and ominous was coming straight toward us!

I wasn’t on the sturdy deck of the Lusitania. Instead, I was precariously balanced amidships in a dugout canoe, called makoro in numerous tribal languages, the term understood in most. The makoro is a standard watercraft throughout much of Africa, these long, narrow canoes painstakingly hand-hewn from one mighty log. Used for fishing and commerce, the dugout isn’t standard safari transport, but is frequently encountered near swamps and along waterways, used for quiet access to croc and hippo habitat and to semi-aquatic antelopes like lechwe and sitatunga … and sometimes for buffalo, which is what we were looking for. Seaworthiness and steadiness vary hugely, depending on the maker’s skill with an ax … and how still the water!

In the shallow channels of Africa’s great swamps, the makoro is propelled by poles; in deeper streams and lakes, hand-crafted paddles are used. Either way, polers and paddlers usually post fore-and-aft, means of propulsion and effort offering balance, enough that skilled boatmen stand while poling. Passengers have no such luxury … especially clumsy visitors like me …

So, Jack Atcheson Jr. and I were crouched unsteadily between Ronnie MacFarlane, poling in the prow, tracker working a pole in the stern. Unloaded rifles beside us, our job was to not rock the boat, a feat only accomplished by staying in the exact center, holding onto the gunwales on either side. Nothing else to do, no place to go … except into the dark, crocodile-infested water. No thanks!

All of us saw the wake of the inbound torpedo. Then nothing, 30 yards of deep water between us and one last wavering stalk. Calmly, no words spoken, Ronnie exchanged his pole for the battered Ruger .458 lying muzzle forward in the prow. Seconds passed. I gripped the gunwales, recalling smashed, waterlogged canoes I’d seen resting on the bottom in clear pools, remembering how I’d wondered what might have happened.

The hippo broke surface right next to Ronnie, just ahead of Jack and me. Gaping pink maw, flash of razor tusks, the .458 roared instantly and the monster slid beneath the black surface. We poled quickly to the nearest bank, scrambled gratefully onto solid ground, and sat for a long time watching the water, again deadly calm.

They Keep the Place Dancing