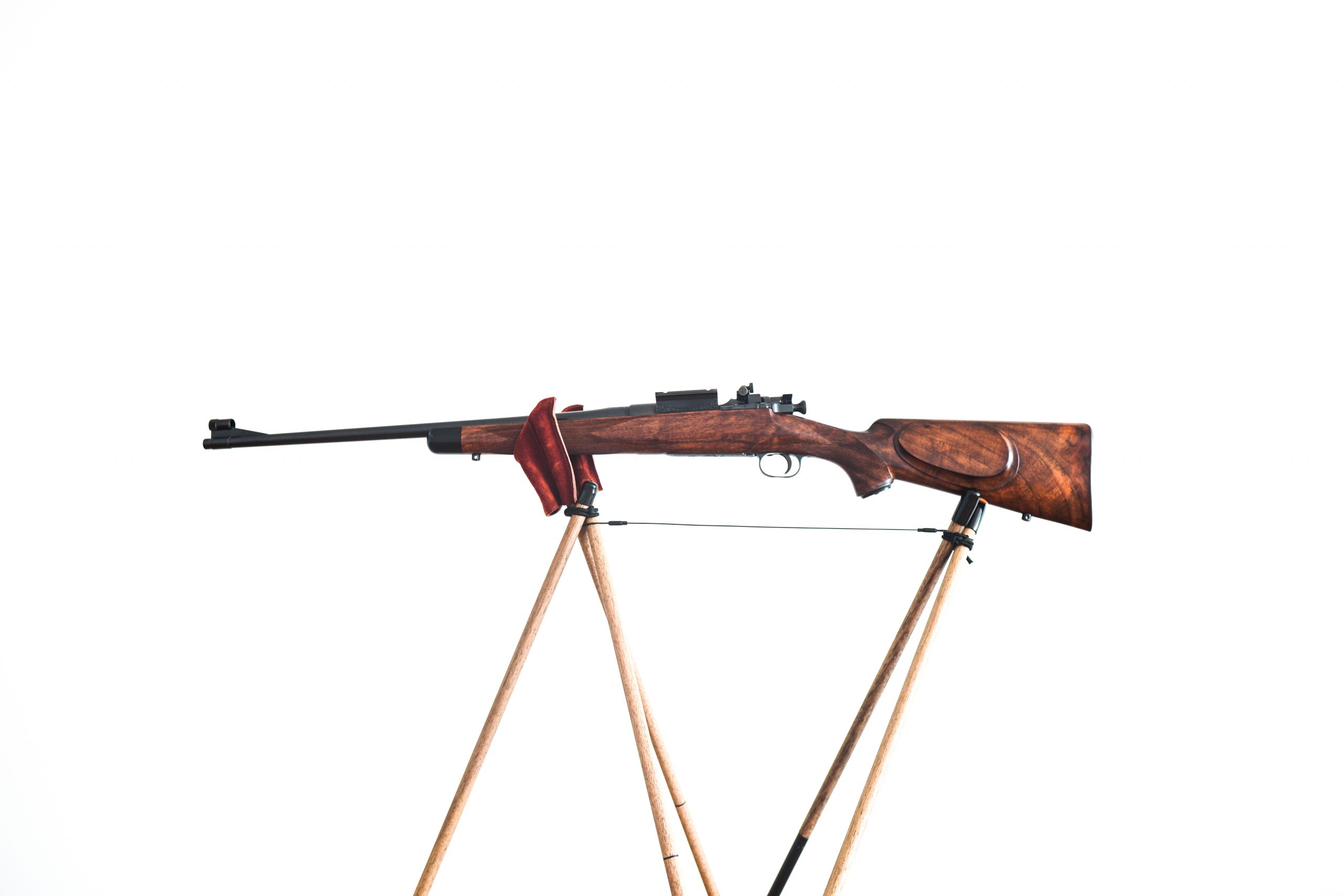 The .30-06 Springfield cartridge was conceived, as conceptions often are, in frustration.

When not-yet-President Teddy Rosevelt and his Rough Riders charged Kettle Hill in 1898, they did so carrying Springfield Model 1892 Krag–Jørgensen rifles. Each rifle fired a 220-gr., .30-caliber bullet around 2,000 fps from its 30-inch barrel. Although it used fancy new smokeless powder, its side loading gate was awkward and thus challenging to reload, especially under the stress of combat.

On the other side, the outnumbered Spanish troops were fielding Paul Mauser’s absolute masterpiece, the 1893 7X57 Mauser. It fired a speedy 173-gr. bullet with a flatter trajectory, and did so from a rifle that was frighteningly fast to reload. The Spanish troops were in fortifications on the top of a hill. The Americans were not. U.S. casualties were severe.

Have you ever been fired upon by superior weaponry from an elevated position? I have, and take it from me, you are not likely to forget it.

Rosevelt didn’t. The entire U.S. Army didn’t. Our nation’s victory in Cuba during the Spanish-American war came at a high price, and the Department of the Army determined that a great deal of that cost was due to inferior arms.

But it didn’t last.

Ballistically outpaced by cartridges fielded by many other nations, America’s newest cartridge was again modified just three years later. This one fired a 150-gr., pointed bullet at 2,700 fps when launched from the Springfield’s 24-inch barrel.

Six years later, now former President Roosevelt took an ’03 Springfield to Africa where he detailed his safari in a series of popular magazine articles. Readers were likely familiar with his double gun, shotgun and lever-action rifle, but it’s likely few heard much about the 1903 Springfield or the .30-06 cartridge. Roosevelt’s use of the fast-shooting military arm to take an elephant certainly piqued interest.

Make no mistake, despite its Fudd-lore bonafides, the .30-06 is every bit a weapon of war.

America leaned hard on its new cartridge and found it up to the task. Troops found they could depend on the rifles and their payloads under the most nightmarish conditions possible. American doughboys returned to their homes, their farms and fields … and if they could, to a .30-06 rifle.

Whereas few had heard of the .30-06 Springfield in Rosevelt’s writings of Africa, it would be a household name by 1935, when America’s greatest author wrote of his safaris with a Griffin & Howe rifle so chambered.* In Green Hills of Africa, Hemingway would feature tales of the hunt, the ravaging of Africa and the .30-06.

In 1936, Winchester introduced the Model 70, featuring the “improved Mauser action.” Of course, its earliest chamberings included the .30-06 Springfield. The “Rifleman’s Rifle” had been created, and in the only caliber that mattered. To this day, serious hunters around the world know a Winchester Model 70 in .30-06 Springfield is a recipe for success.

When World War II broke out, Amercans would again answer the call. But this time the bolt action was replaced with the semi-auto M1 Garand, but the .30-06 Springfield cartridge remained. Soldiers were known to complain about their individual weapon, but nobody complained about the .30-06. More than a dozen military arms would fire the cartridge, and billions of rounds were produced.

By the time America’s greatest generation returned home, there was no more proven cartridge than the Aught-Six.

As veterans tend to do, they stuck with what worked and took it hunting. Just about every American hunting gun manufacturer made a rifle to fire the Aught-Six. Newly manufactured guns and surplus service rifles alike would be taken into the field, in the U.S. and abroad.

In the few years following the Second World War, targets were more often mule deer than men, but peace wouldn’t last long for America, or for the Aught-Six.

The U.S. would enter the Korean war just five years after V-Day. Some things changed but some things stayed the same. Concerned that the .30 Carbine round would fail to stop the Chinese troops in their heavy winter coats, the Chosin Few of the 1st Marines reached for the M1 Garand and its .30-06 Springfield cartridge to free them from that icy hell.

Finally, in the last war in which the U.S. would field the .30-06, Gunnery Sergeant Carlos Hathcock would redefine the term “sniper.” “White Feather” was stuff of nightmares for the Viet Cong leadership. That single man and his rifle forced entire divisions to change course, one 60-year-old cartridge at a time.

Vietnam may have been the end of the U.S. military’s use of the .30-06 Springfield, but America was by no means done with it. Ammunition and component manufacturers would continue to expand their offerings, and the warhorse-turned-workhorse cartridge would become the most widely available and versatile hunting cartridge in existence.

The .30-06 Springfield has taken every huntable animal in North America. That’s no hyperbole, one man did it. In his incredible book, One Man, One Rifle, One Land, author J.Y. Jones recounts this monumental effort. Moose? He took four kinds. Bears? Five different ursids. Elk? Three species. Sheep?  All of them. Bobcats and mountain lion?  Yup, and better add the jaguar to the mix, too. Alligator?  Check. Walrus? Seriously, walrus?  Seriously. Walrus.

Every single one of them with the same rifle chambered in .30-06.

There are a lot of great historic and modern cartridges. There are some great military cartridges, and there’s an array of great hunting cartridges. The .30-06 Springfield is all of those.  Born of battle, tried and tested over conflict and continents, there’s no other cartridge like it, and there likely never will be.

*Griffin & Howe’s Classic Sporter chambered in .30-06 is the undisputed king of all hunting rifles, and we dare anyone to challenge us regarding this known fact. –the Eds.