The Tough One: George W. Parker

The unusual and little-known red buffalo of northern Agnola. Killed by Geoge Parker during an expedition to Angola in 1952. 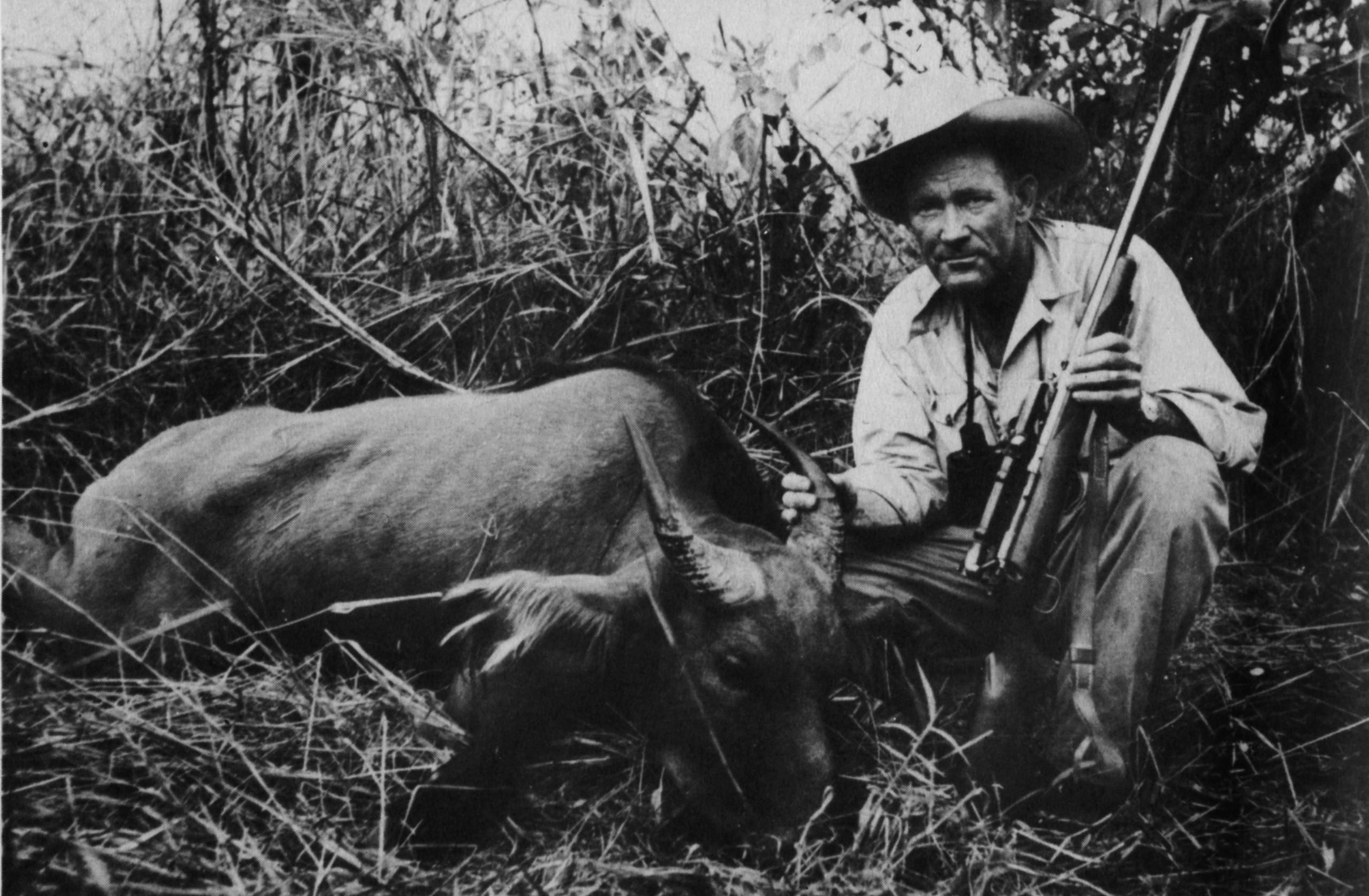 As an older man, he had a soft-spoken, almost courtly demeanor, as did Colonel Charles Askins, who described lifelong friend George Parker as “the tough one.” Knowing that, and knowing Askins, one might wisely take notice of Parker’s icy gunfighter eyes…and mind your own manners.

George W. Parker of Amado, AZ was a sometime lawman, soldier, rancher…and always a hunter. Like the majority of men and women who lived and died pre-Internet, Parker left little record and details are elusive. No books or magazine articles and we are the poorer for the lack. His buddy, Colonel Charlie, wrote about him, as did Bill Quimby, also gone, as have I. I just wish I’d known him longer and better, because George Parker deserves to be better remembered, a true unsung hero of our hunting world.

What renown Parker retains is strongest in Arizona, where the Coues whitetail achieves cult status. George W. Parker was the greatest Coues deer hunter of all time, during his long career placing an astonishing seven bucks in the all-time Records of North American Big Game. The tricky little Coues whitetails were the local deer on his ranch south of Tucson, and he also hunted widely south of the border. His first record Coues buck was taken in 1926; his final entry in 1969, two from Arizona, five from Sonora.

Before WWII, Parker served on the fledgling Border Patrol with Askins and Harlon Carter, in a time when shootouts were weekly events. During the war Parker fought his way across Europe, bringing home decorations he never spoke of. In the postwar era he returned to ranching, augmented with some guiding in Arizona and Mexico…and hunting in Africa and Asia. He hunted extensively in East Africa, later in Sudan. His most amazing African adventure was a lengthy safari to Angola in 1954, even then an uncommon safari destination. He was among few (possibly six Americans) to take the legendary giant sable. Traveling by train, he journeyed onward to the little-known north, taking a dwarf forest buffalo (then called “bush cow”) near the Congo border.

In 1958, Colonel Askins was assigned as chief of marksmanship instruction for the new South Vietnamese army. Once established, he invited Parker to come visit him and hunt. Before the long war, French Indochina was a popular destination for shikar, or asian safari, with a wealth of wildlife that exceeded the Indian subcontinent and rivaled Africa. I can imagine the two old pals cooking this up! Askins hunted as duties allowed while, basing in and out of Saigon, Parker hunted widely throughout Southeast Asia, neither old warrior unduly bothered by the jungle war escalating around them. Game taken by Parker during his extended shikar isn’t precisely known: Presumably, tiger; for sure gaur and water buffalo; and a variety of lesser game, including Eld’s deer and sambar.

In his last days, Parker was ill and in pain. Askins called me one day to tell me our friend had passed. He had gone to Arizona to bid Parker farewell, left him with a revolver, and told me he was proud his old compadre had used his pistol when his time came.

Colonel Charles Askins was a hard man, but he considered George Parker the harder man. There are many stories about both, most at least partially accurate. One about Parker probably is true: A notorious Mexican bandit murdered someone close. Parker tracked him deep into Mexico and ended “Old Juan’s” career.