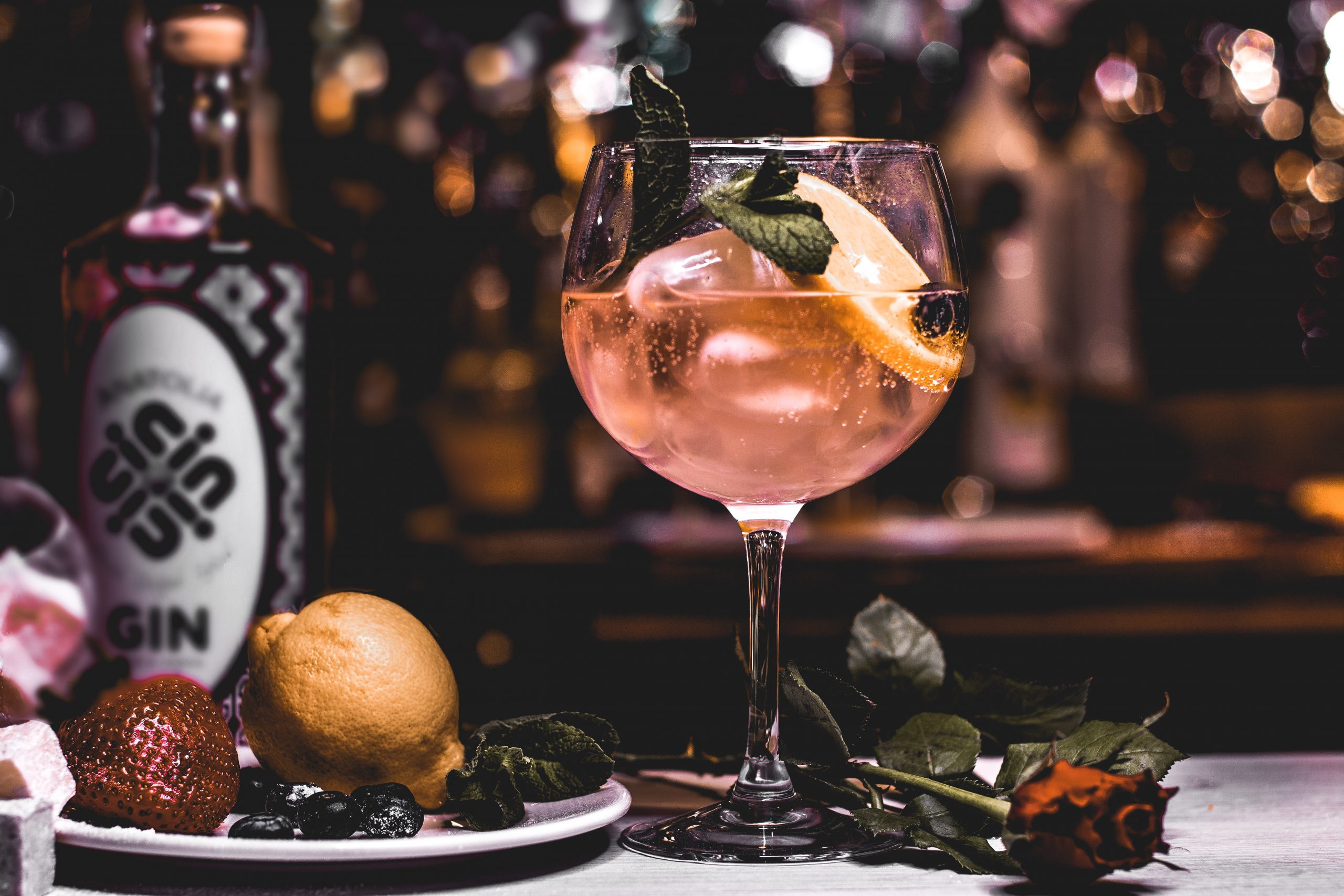 It’s another day on Miami Beach.

The afternoon slides by fishing from the boat, scanning the horizon for seabirds, hoping to locate a few lingering Mahi. Sweat trickles down your back, solar rays fry your skin, the air is so thick it feels like breathing through a paper bag.

Fast forward and the sun is setting as you settle into your favorite terrace bar. You’re weary from the heat and salt and in need of well-earned refreshment. There’s only one cocktail on your mind: A Spanish gin and tonic.

This isn’t your father’s cocktail. At the country club his requirements are the same as for your stepmom; tall, thin, ice cold, and not too much personality. The only garnish he wants is a slice of lime and a discourse on the ideal golf swing.

Your drink is not that, it’s a Ginebra y Tonico.

As the Cuban waiter arrives the first clue is the glass. The oversized copa has curves, like your favorite swim week model. Then there is the fishbowl quantity and you feel the future hangover pulse into your fingernails. Bitters, fruit, and flowers turn it into much more than a gringo G&T. Sometimes simple is not always better.

With one sip, you get the main notes, a chorus of effervescent bitters from the tonic with lyrics of herbal citrus from the gin. It goes down smooth, almost too smooth. Together they make an incredibly refreshing summer combination.

But, I hear you asking: Isn’t this a British drink, what’s with the Latin vibe?

Back in the day gin was the drink of choice for lowlifes across the Empire. The first half of the 18th century was the Gin Craze in London. Addicted to the drink, Britons sold their possessions, women became prostitutes and society almost collapsed from debauched drunkenness. Gin was like meth in our time, easy to make and more cost effective than similar ways to get fucked up. Liquor merchants proudly proclaimed “drunk for one penny, dead drunk for tuppence”.

Around the same time as the Gin Craze, a Scottish doctor discovered that quinine (originally put in tonic) was a defense against malaria. Naturally her majesty’s troops felt the need to mix it with booze because it probably tasted like ass on its own. These amateur bartenders quickly found that the G&T not only warded off malaria, but made life in the swampy heat of the Indian subcontinent more bearable. In the words of Winston Churchill, “the gin and tonic drink has saved more Englishmen’s lives, and minds, than all the doctors in the Empire”.

In the 50s and 60s we began to encounter the G&T as your blue-blazered old man understood it. It was very much the understudy of the generation-defining Martini. The gin and tonic, to the Mad Men mind, was a highball of gin slightly cut with a splash of tonic water.

There it lingered, slowly resigning itself to a life of corporate respectability. A no choice choice when you felt confused by a “mixologist’s” bullshit. The Spanish, however, had other ideas.

Most experts believe that the new breed of gin and tonic came out of the rebellious Basque Country. What they created transcended any specific recipe with local bartenders competing to perfect their combination of interesting gin, artisanal tonic, and various garnishes and additives.

Eventually, like all slightly douchey euro trends, it landed in Miami. If you find a really special place they’ll pour the tonic down a silver stirring rod to aerate it before hitting the gin.

Taking a sip, you finally can relax. In the background the unmistakable prattle of a vintage Porsche fires up. Soft Spanish hits your ear and you turn to subtly check out the Latin mami behind you. After the second round you work up the courage to talk to her, carefully avoiding too many fishing stories.

Yes, in these moments you could order any other drink, but a Spanish G&T is special. There are lots of great gins to use but my personal favorite is the British brand Botanist. Accompany it with the excellent tonic water from Fever Tree and you’re well on your way.