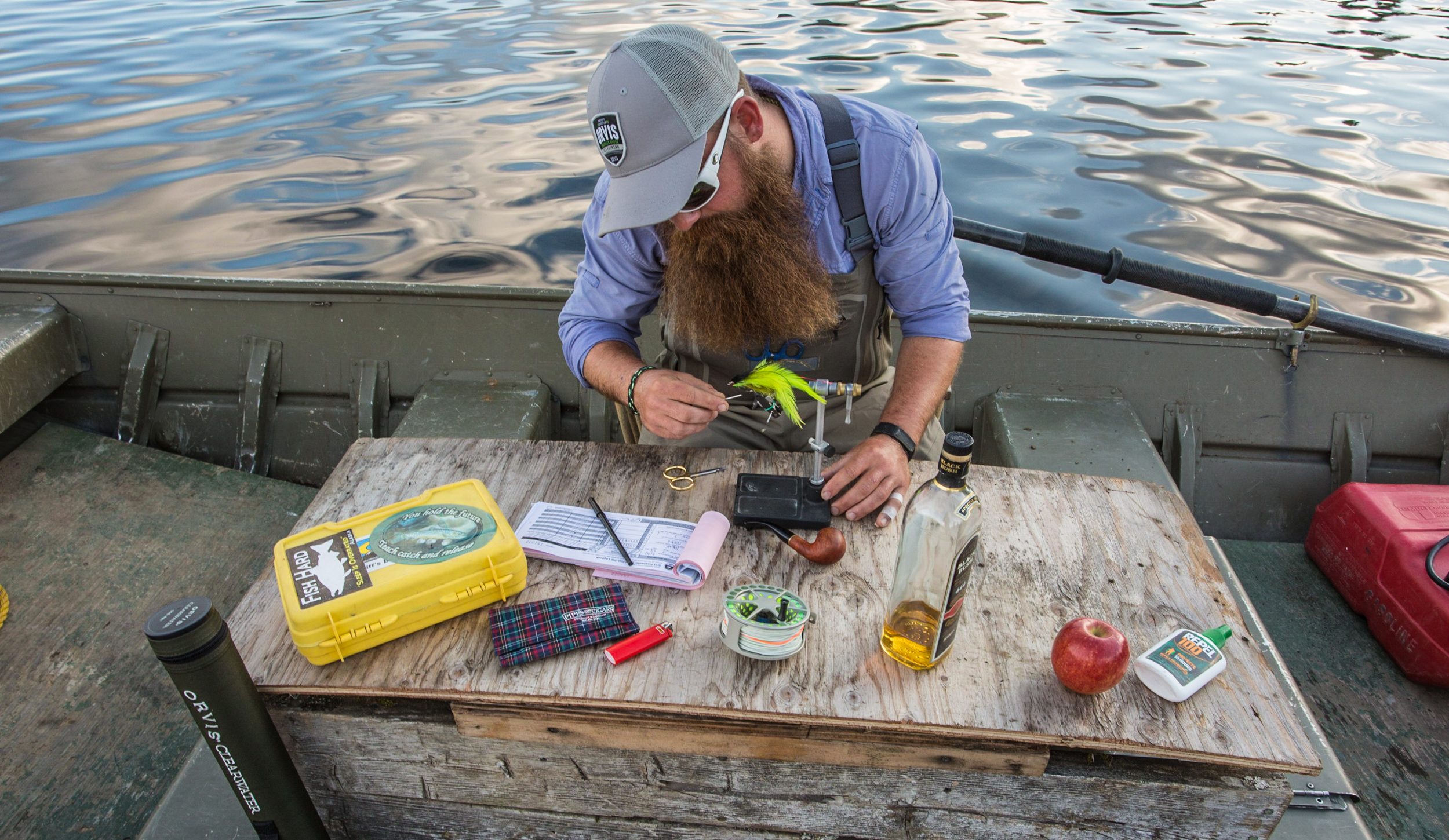 Rule No. 1 when you show up to any fishing or hunting camp around the world: Signal to guides and staff that you’re not an asshole.

Or if you are indeed an asshole, well, that tends to signal itself rather quickly. Prepare to tip well.

I’ve grown used to the tense, annoyed smiles upon arrival into a new camp where staff has heard there’s a photographer coming in. Thanks to a bevy of trust-fund “content creators,” a photographer in camp usually means it’s going to be a long, asshole-ridden week.

Two strikes since I’m a woman. The let-me-pack-a-suitcase-for-my-makeup influencer crowd hasn’t managed those expectations very well, either. (I’ve dealt with those girls one too many times on client shoots, and now keep a running blacklist of “never agains”)

And so, first thing in a new camp … we chat. Keep it mellow. The cameras sit mellowly on the table as we have drinks, letting the crew get used to the idea of big old DSLRs floating around in their space.

We talk plans for the week. What’s fishing well? What shots do I need for the job? What guides are game to be in front of the camera?

Sometimes it’s an easier job than others, but usually within the day we’re cooking along. Having fun. The not-an-asshole test has been passed, and now it’s time to get to work.

A couple years ago in Alaska, we moved through the not-an-asshole phase pretty quickly, progressing into the “let’s get the photographer into some cool shit” phase.

After a few days shooting from the main lodge, I hopped a floatplane and was dropped off at a few outcamps on the tundra. We shot hard, taking advantage of long daylight hours and Alaska’s typical bounty of critters. Target-rich environment, that place.

Three days later I jumped on the Beaver back to camp, excited to dump memory cards, clean gear, and maybe even take a hot shower. I barely had time to get my Pelican case to the end of the dock before Buzz, easy to spot thanks to his prodigious beard that managed to hide nearly all facial expression, was at my shoulder. It was hard to tell behind the beard, Buff, and sunglasses, but I was pretty sure he was grinning.

“We did something while you were gone.”

I blinked. Well, there was a whole realm of possibilities.

“We’ll show ya after dinner. Bring your camera.”

I nodded, curiosity piqued, and trudged back up the hill with my gear.

I met up with Buzz and a couple other guides after dinner. The guys led the way down to the dock, where they presented me with a “guide’s desk” they’d crafted in one of the sleds.

Whiskey. Apple. License book. Vise. DEET. All the basics of guide life in the north, placed on a surprisingly serviceable makeshift plywood desk across the skiff.

It was nearing 2300h and the day’s drizzle was just lifting, that watercolor tundra night light peeking through the clouds. We laughed, took pulls of the whiskey straight off the bottle, and then grabbed the camp Labrador and pushed away from the dock. Buzz tied streamers while we zipped around the lake; I followed in chase boat, framing shots as we went.

The mobile guide desk was promptly dismantled early the next morning so the boat could take two dudes up the river to fish. Two dudes who decidedly did not pass the don’t-be-an-asshole test, and who likely prompted a few pulls of breakfast whiskey as the guys took the desk apart.

I headed off in another boat, off to shoot underwater stills this time, and grinned as I watched the plywood “desk” get shoved aside in the hangar. The lack of sleep had been worth it, because those were a set of images I’d likely never replicate again, and it had all been the guides’ idea.

The gist? Don’t be an asshole. It pays off.