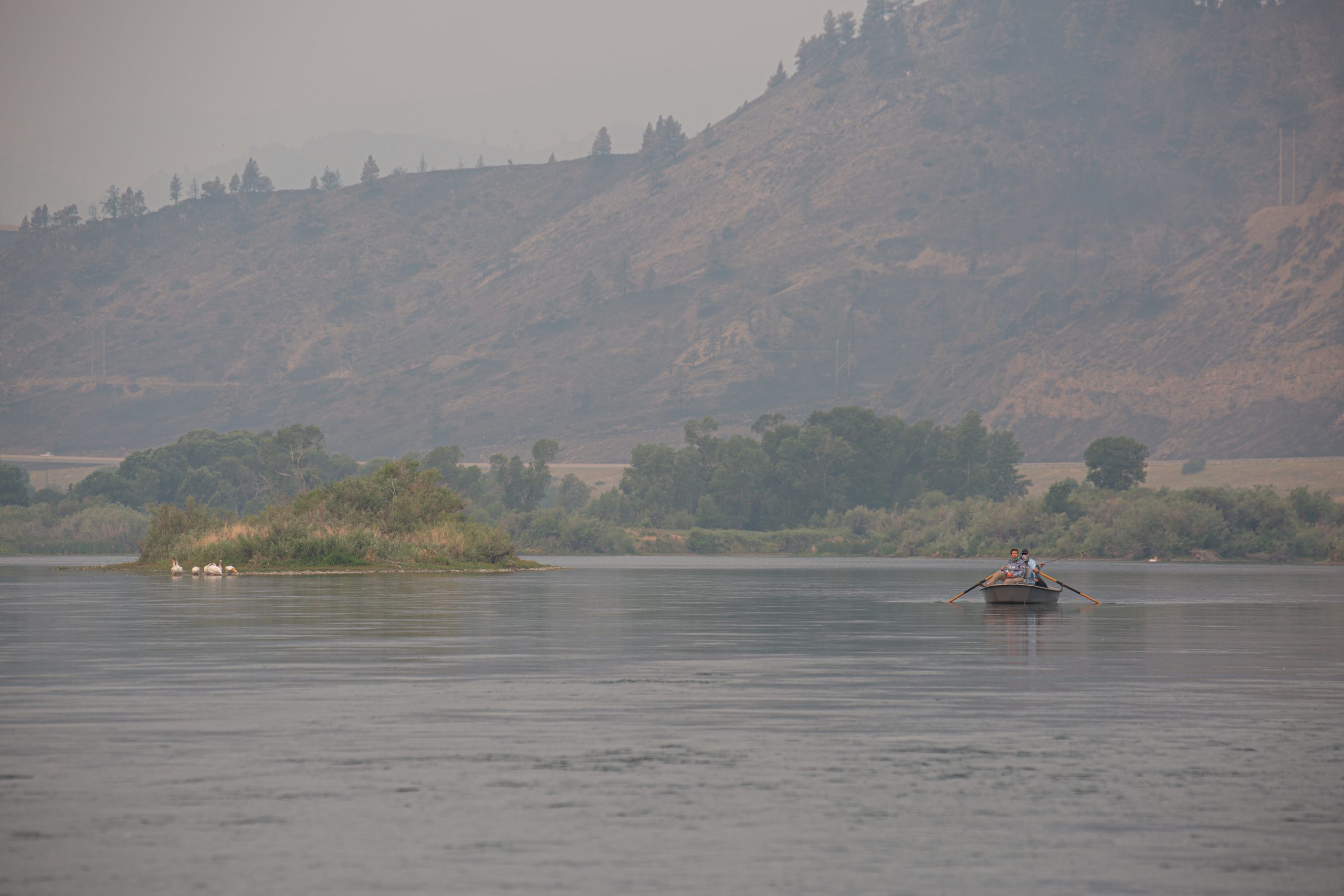 The old bastard, wearing more UPF clothing than most anglers will own in a lifetime, hollers down the side channel. His cotton fishing vest could have graced the cover of a 1980s L.L. Bean catalog, and the broad-brimmed canvas hat is possibly even older. No need to look at his fly box to know he’s a DFO guy…dry fly only.

The July sun swings hot and unrelenting overhead, burning through the smoke layer from summer wildfires. The Missouri River is low and warm, but fishing’s still good early and late, and the river’s teeming with anglers. The side channel had appeared empty until we were halfway down it, at which point The Channel King waded smack-dab into the middle of the narrow channel and proceeded to glare our boat down with the perceived might of a matador about to goad the bull.

“Hey! You’re in my way.” The holler comes again.

We assure him we didn’t see him and ask if he’d prefer us to go river left or river right…since there’s no way to tell as he’s standing in the very fucking middle and not actively fishing.

“This is my damn channel.”

“Hey man, we didn’t see you.” Sensing a confrontation, we reel our lines in. There will be no fishing here.

“There was no one here when we started down.”

He’s a winner, this one.

“What’s your guide number?” He’s now peering at the side of the Adipose. “I’m going to report you.”

We read him the guide number, in case his vision aged as well as his fishing vest.

He repeats the guide number aloud twice, just so we know he has it. What a gem.

“I’m reporting you. Running me over in your boat like that. I’m calling the cops.”

We happen to be on the only stretch of river in about 15 miles with cell service.

“Be my guest.” We pull the boat over and wait while he yanks his flip phone from the crevasses of the vest. Flick hoppers off the side of the boat while we wait. Drain the last of the morning’s coffee and eyeball the flask of whiskey… ultimately deciding to wait until the confrontation is over before cracking that.

Twenty minutes later, the sheriff pads across the nearby cattle pasture and clambers down the small slope to the channel.

He takes one look at our boat—he knows us; Craig is a small town, and the locals pretty much know one another—and then at The Channel King.

“Aw, fuck,” he mumbles. A familiar kind of disgust. He’s been here before. A glance backward to where we’re reclining in the drift boat, and he reads the situation without being told. “I’ll see you in town?”

Town is three fly shops, a bar, and a mechanic. We know which venue is meant.

With a grateful nod, we push the boat back into the meandering current and row past the walking advertisement for the 80s, who glares then immediately shifts his ire to the sheriff.

Back into the main body of the river, we swing the boat into a nice lateral drift and cast hopes downstream into the current. We peer backward to see angry gesticulating and patient nods.

Later that evening, over several rounds of assorted beverages, we’d commiserate about The Channel King and his Reign of Terror. And then toast to the fact that hey, at least the old bastard was still out fishing.