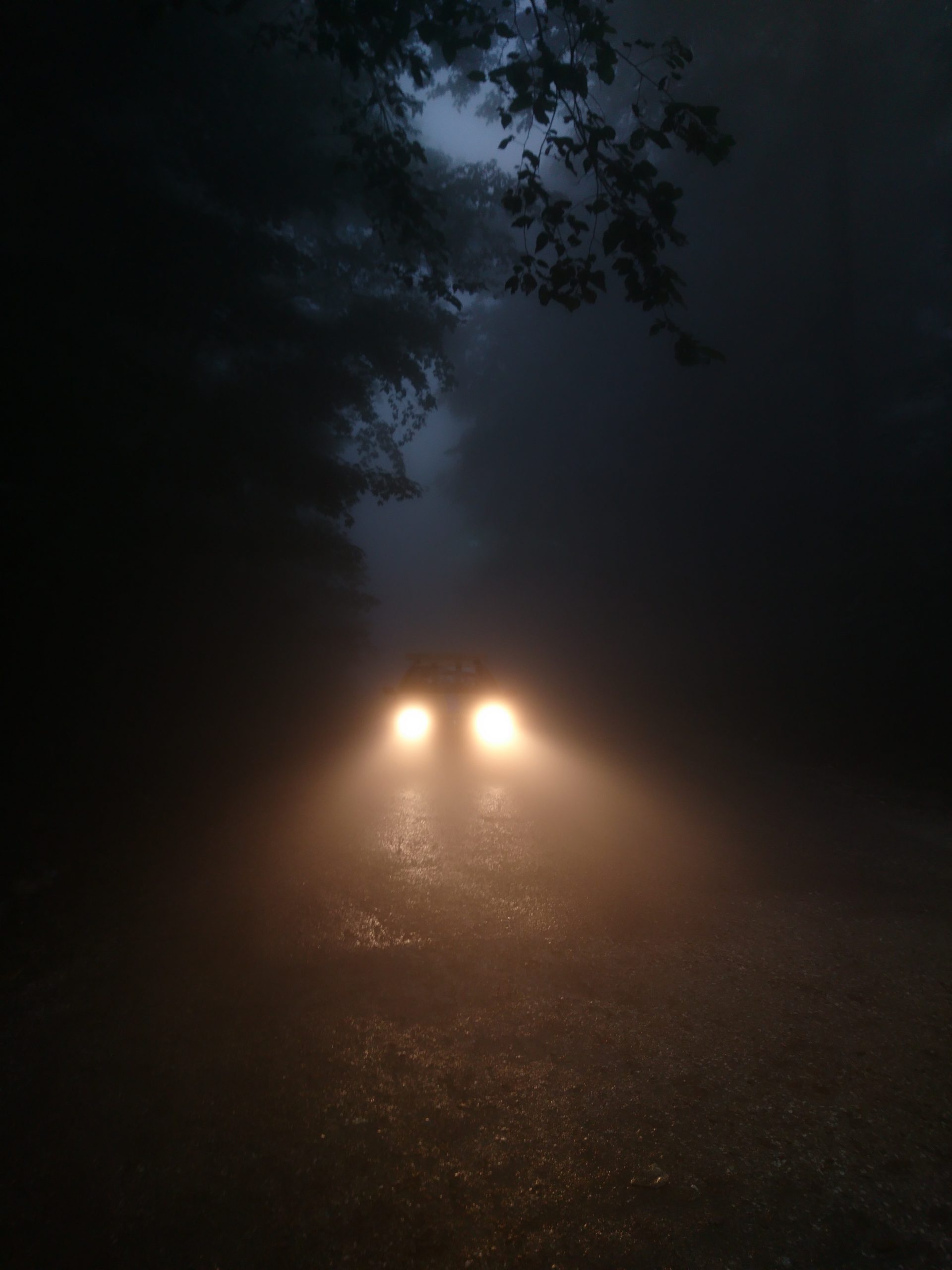 Used to be that young boys would seek out and craft their own devices if given a minute’s liberty. Especially ones who through providence found themselves reared in rural areas void of neighborhood pals where a backyard game of “pick ‘em up, light ‘em up” was a football, a few phone calls, and a quick bike ride away.

For the country lad stepping onto the washed gravel drive from the school bus in the afternoon, adventure was a quick ditch of the bookbag and a beeline to the woods where sticks littered the forest floor like sabers and machine guns after a battle to be picked up by small hands that would wield them again, slicing and shooting phantoms formed from boyhood imagination until father hollered from the shop to come split firewood.

But not all adventures were solitary. There were those too rare occasions where classmates rode the bus home together on a Friday with sleeping bags and pocket knives packed into duffels for a campout beneath the ether of stars patterned like birdshot into black fabric.

In our early twenties, a few of my college buds and I decided to crawl from the rut that jobs and habits furrow to relive those times spent as boys around a campfire. Thus George, Rev, Deedle, and I loaded tents, dogs, coolers, and tackle into the trucks; hitched up the boat; and ventured forth to alleviate ennui.

The site was a river bottom spot where the Yocona River and Enid Lake merge and is known by locals as “Wild Cat.” Once off the paved road, we navigated through the rutted paths that reticulated through groves of low-branched trees whose trunks were girdled with the high-water marks of passed floods. We emerged from the maze midday with a few scratches in the clear coat, a busted boat trailer light, and copious profanity-laden supplications hanging in the air. What spread before us was the sandy shore of the Yocona’s backwaters pierced hither and yon by cypress trees.

“Boys,” said Rev. “We’ve made it.” And with that, we set to the joyful toil of unpacking the accouterments, building the fire, and drinking.

While Rev and Deedle tended the blaze, George and I slid the Jon boat from the trailer and into the murky mire. We skulled from tree to tree jigging marabou and soft plastic patterns for white perch. After an hour or two of bobbing the column at the base of the cypresses with multicolored imitations dubbed “Christmas Tree,” “Saint John,” “Beaver Hump,” and one we cobbled together and called “The Miscegenator,” we quickly loaded the stringer with a mess of crappie.

Nightfall found us stuffed with bratwurst, fish, and booze. The campfire in full fury like iridescent fox fur illuminated the shoreline and our ruddy faces. The mutts napped in the soft sand under our folding chairs as we respun old yarns about campouts we’d had as young boys before becoming friends in college; like the time in 4th grade when McAfee and Mazzanti and I had a dirt clod war and impaled earthworms with a knife, roasted them over the fire, and then dared one another to eat them.

We also, in sottish jest, harangued each other about the fights we had run to or away from; and about harpies, we had succumbed to at the bars when eyes and brains had become beclouded with tumblers of bourbon. It had seemed that our trip to Wild Cat had provided the perfect portal to transmute us back in time.

Our laughter subsided with the drowsiness of drink and for a moment there was but the soft staccato crackling of the campfire. Then a certain whir accompanied the crackle; a swarming whine that amplified and grew more baritone. Then along the distant margin of the shore in the direction of the hum, there appeared a set of lights that began to split themselves as a cell divides: a pair … then two pair … then four … then so many that not even sobriety could keep track. The centipede of pallid beams expanded and contracted with the curvature of the bank as it stampeded closer with a roar and rumble.

“What the hell is that?” asked George. But before the rest of us had a chance to speculate, we had our answer.

A cadre of men, women, and small children riding four-wheelers and side-by-sides rolled up on us. The machines were all modified and angry; some boasted tall tires with talonlike treads while others donned snorkels that stretched high above the handle bars, and on one particularly gnarled Honda Rancher a rather ragged Graco car seat was ratchet-strapped to the front rack wherein a Gott cooler was buckled instead of a baby.

The band of riders were as dystopian in appearance as their steeds, and their formation seemed practiced and intentional. They had created a semicircle that began at the water’s edge to our left, arced behind us, and ended at the water’s edge to our right. Our only escape was the lake whereon our shadows rippled in the heated headlights of the ATVs.

In the way that fire ants crawl up one’s leg and then bite all at once, some secret signal sounded among the troop and they cut their engines in unison. For a moment there was silence: no buzz of insects, no bark of dogs, not even the fire dare pop. All was static.

Then void of inhibition, Rev slurred forth a salutation:

“Say … who’s the leader of this outfit?”

George and I looked at each other as the white-hot chill of imminent violence pulsed through our muddle minds.

But with the speed and couth of an uncle’s belch at Sunday dinner, one of their females sprang up jack-in-the-box style from the bed of a Yamaha Rhino and, clutching a Marlboro and Natty Light in one hand and the upper elastic of her tube top in the other hand proclaimed, “That’d be me!”

“Shut the hell up, Treena,” said the driver of the Rhino. “Everyone knows you’re just the pivot person.”

The back-and-forth prompted the riders, including their young’uns, to hysterics.

The Rhino driver, most assuredly the leader, dismissed Treena’s command and with the highest aptitude for observational awareness asked, “You boys camping out?”

“Man, yeah.” we replied, eased in the levity.

A few of their tribe dismounted, and we stood up from our chairs to politely further our parley. One of their company leapt into the firelight and asked, “Them dogs bite?”

“Not mine,” Deedle said like a man who was never taught to answer in the affirmative whenever a stranger asks, “does your damn dog bite?”

George and I cut eyes at our friend and then answered to our own K-9s, “Yeah … our dogs bite.”

The ruffian scowled and skulked back to his four-wheeler.

“How about a drink?” Rev asked.

As we broke beer, they asked us where we “stayed,” and we replied with our respective homesteads. We, in turn, made inquiry of their homelands to which the driver of the Honda with the infant car seat latched to it replied in a reptilian rasp, “Boat Ramp.”

“Boat Ramp,” he hissed in the same monotone harshness as before.

The confab halted, and we were caught in the indignant glare of the entire tribe of Boat Rampians.

“So,” George interjected, “what’s got y’all out this fine evening?”

“Yeah,” said Treena. “If y’all wanna ride bottoms with us, there’s room in the back of the Rhino with me.”

“Will you shut your goddamn hole, Treena?” the Rhino driver said. “Don’t nobody wanna ride with your skank ass.”

In the face of truth, all Treena could muster was “humph!” and then loaded up into the back of the side-by-side like a neglected beagle that didn’t yap the rest of the night.

After a few more drinks, the Boat Rampians gathered their shoeless children who had been playing in mudholes and nodded farewell. Their rumbling ATVs echoed in the distance for the remainder of our sleepless night. We were packed and headed home before the morning sun broke.

Recently, George and I caught up over the phone as pals do from time to time. After the perfunctory family, fishing, and distrust of government talk, George broached a chilling tidbit.

“There was a murder in Boat Ramp the other day,” he said.

“Yeah,” he said. Then George went on to explain that a former state representative was shot while mowing the grass of the lot where her sister-in-law’s body was found in a burned-up trailer house a few months earlier.

We hung up, and I walked to the kitchen. My son was sitting at the kitchen counter eating a bowl of cereal and watching a video on an iPad of a bunch of fellas doing trick shots with basketballs.

“You want to go camping?” I asked.