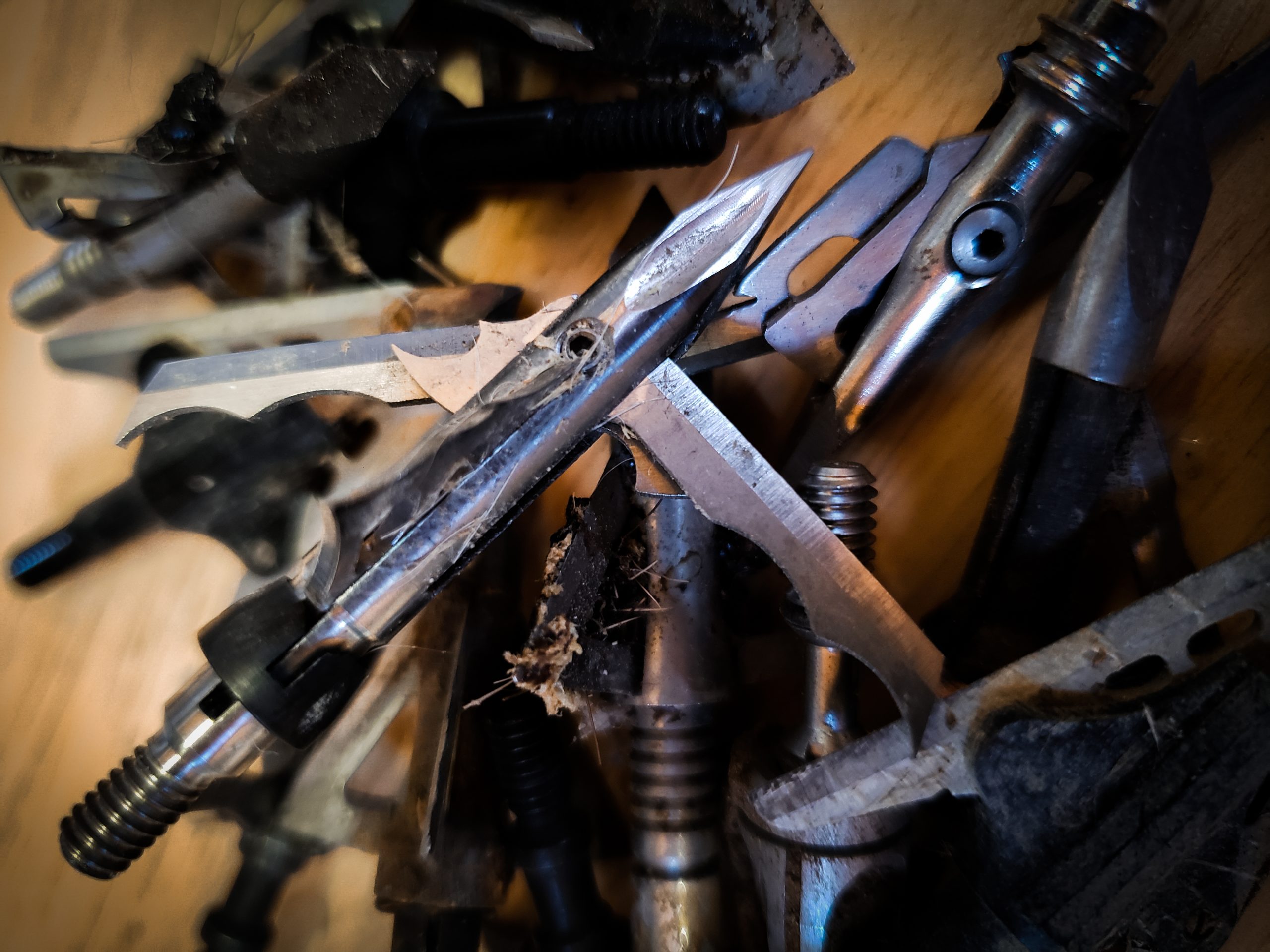 Historically, if you accidentally whisked your finger against the blade of a fresh broadhead you could expect to bleed for your carelessness. For this reason, many long-time bowhunters learned to avoid touching them at all, taking for granted that their heads will in fact be razor-sharp from the factory as they should be.

But these days there’s a conspiracy brewing: There’s a good chance the broadheads you just bought at Cabelas or anywhere else aren’t razor-sharp. Indeed, companies are bettering their bottom line at your–and game animals’–expense. Let me explain.

Traditionally broadheads have been ground to a near-20-degree edge and honed until they’re razor-sharp for three main reasons: First according to surgeons, the sharper the blade the easier it slices through tissue. Because pain receptors don’t sense as much trauma, the body doesn’t release as many coagulants into the bloodstream to clot the wound. Therefore, cuts made with razors bleed more. (Think about how much a tiny shaving cut bleeds.) Blood loss kills animals swiftly and makes them easier to find. Secondly, sharp blades require less force to cut, so they penetrate better. Third, broadheads are meant to be used once and either re-sharpened or replaced, so there’s no reason for creating a less-sharp but more durable (25 to 30-degree) edge. So yes–absofreakinglutely–broadheads should be razor-sharp, and broadhead companies know it.

A couple of years ago I tried a new style of expandable broadheads and inspected the flimsy blades. They wouldn’t cut paper without tearing it and they certainly weren’t razors. They were total garbage. Now curious, I opened a pack of Muzzy’s One model broadheads. Same thing (although the three-blade design was easy to sharpen via whetstone.) Turns out, many of the mass-manufactured, influencer-hyped broadheads couldn’t even cut Hunter Biden’s crack rock. What the hell was going on?

So I took to the phone and eventually got in touch with an engineer who I promised would remain anonymous if he leveled with me. So after shutting his office door, he spilled the beans because he was also disgusted. He told me that despite his pleas to company execs, the firm began sourcing its blades from China to lower manufacturing costs and raise profits. What they received were not the honed razors they should’ve been. On the positive side, he also insisted that the blades of its flagship models were still coming from reputable factories in the USA, and still razor-sharp. I later verified those claims by testing them and others. (For example, NAP’s venerable Thunderhead remains razor-sharp.)

So whenever you buy a pack of ‘heads, immediately test them by stretching a rubber band between your thumb and forefinger. A light strike of the broadhead against it should sever it. Or, if it shaves hair easily, it’s a razor and worthy of using on an animal. If it’s dull, either sharpen it until it is or, better yet, don’t ever buy those cheap-ass broadheads again. Both you and your quarry deserve better.