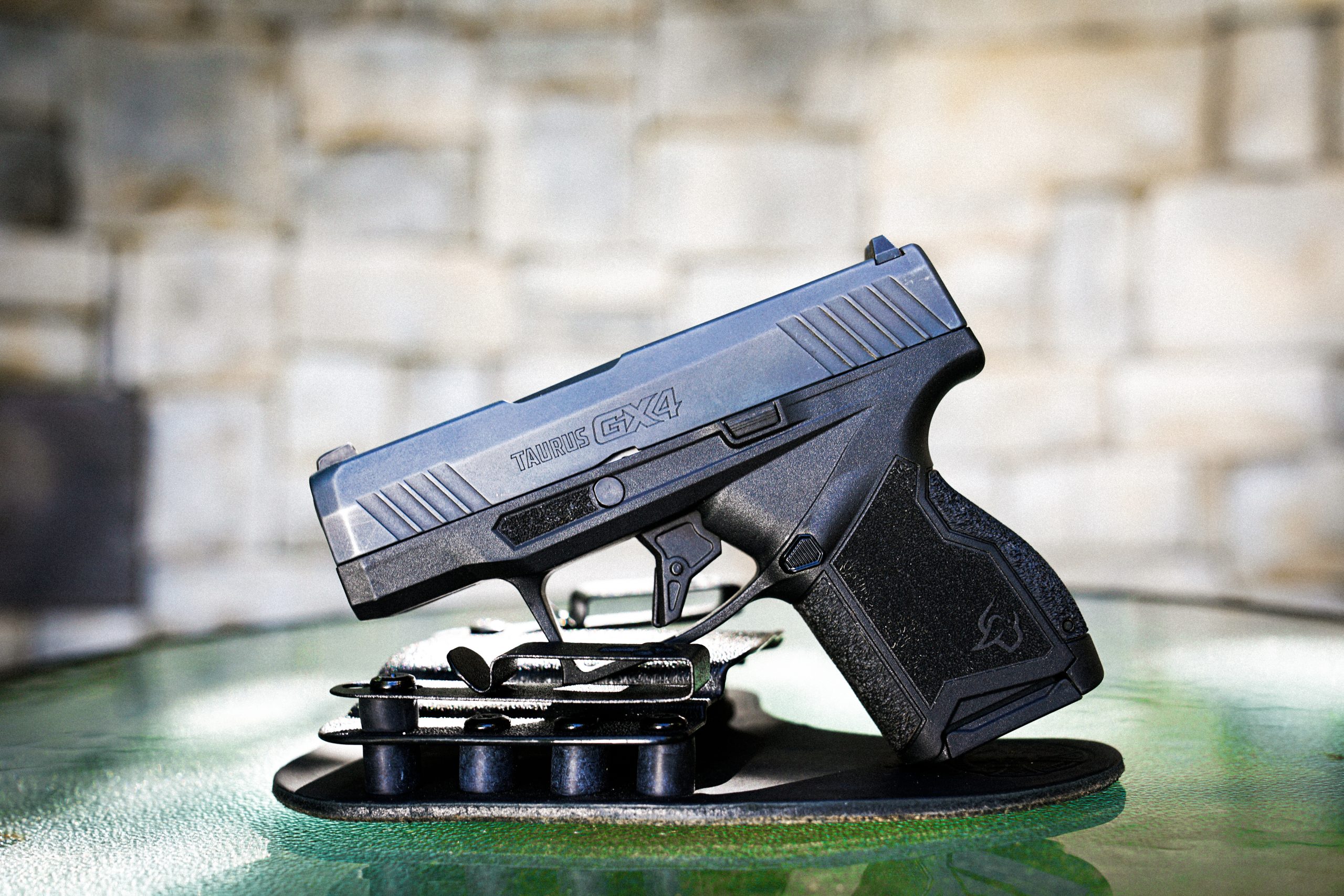 Think what you will about Taurus USA’s new management and its claims to make better guns at its new Georgia manufacturing facility, but I’m more of a proof’s in the puddin’ kind of guy.

So for me the evidence that Taurus’ claims is more than just more marketing hype is its new GX4 carry gun. Indeed, it may be the gun that reinvents the brand–if folks will give it a chance.

See, for years Taurus has said all the right things, introduced the right types of guns with the latest features at the right times. But often all this came on paper–and not in the actual product. Take for example the Millennium series of polymer carry guns that had all the great features of the day listed out in bullet points on its website. And then you shot it and you immediately found out why it was a couple hundred bucks cheaper than the competition. It’s trigger was shit, the thing felt cheap, and it jammed occassionally. The initial G-series was only slightly better. I’m not a manufacturing guru, and I never ventured to its old Brazilian factory in a Project Veritas-style expose’, but it seemed to me that the internal parts of Taurus’ autos just lacked the final polishing that makes for slick feeling, quality guns.

Until the GX4 came around in late 2021. It’s made in America by workers who either care about the product they turn out, have access to better machinery and engineering, superior quality control or all three. I’m betting all three.

So how’s the GX4 different?

Well, first off, it’s not all that different from the pile of what I call “subcompact double stack” guns currently on the market. I’m talking about the 18 to 20 ounce polymer handguns that hold between 10 and 15 rounds of 9mm. The craze was started by Sig with its wonderful P365. These guns are, at least at this time in history, the ultimate for concealed carry because they’re reliable, small enough to comfortably carry, just large enough to shoot well, and they hold enough rounds to at least give you a mathematical chance if ever you find yourself in a seedy southside quickstop filled with seven or more villains. Now back to the GX4…

It weighs 18.5 ounces, is 1-inch thick and holds 12 rounds. Its grip is just long enough so folks with smaller hands (me) can get their pinky around it–which greatly helps with control; it comes with interchangeable backstraps for ham-handers. Its grip stippling is ultra-fine like sharkskin and, along with Springfield’s Hellcat, is my favorite grip treatment in the category. Its grip angle is slightly more obtuse than the Sig and closer to a Glock–for comparison sake–which I personally like better because it puts my hand higher up toward the bore’s axis and therefore better facilitates intuitive sight acquisition and recoil mitigation.

But mainly, the trigger is great for a striker fired polymer gun, although its pull weight of 6 lbs. is deceiving (it feels like less) thanks to its minimal creep, crisp break and very positive reset. There is only one subcompact double stack I’ve shot that has a better trigger, and that’s Kimber’s new Mako, but that’s about the only thing I like about the expensive Mako.

All the aforementioned traits are wonderful–on paper. But it’s the range that separates the GX4 from Taurus autos of old. From standing, drawing and moving positions, it’s one of those guns that just fits me, handles great and just shoots well. I found I could hardly miss 6-inch plates at 10 yards if I focused on the front sight and pulled the trigger smoothly. I hate it when writers say “recoil was manageable even for a tiny gun” but guess what? It was, thanks to its grip angle and style. I’ve yet to experience a jam.

I only found two features that may be lacking in the Gx4: 1. I’d like night sights–it comes with adequate steel sights, but third party nighties are available. 2. Even though I’m not a fan of mini-red dot sights on my carry guns, plenty of guys are. So I can’t understand why Taurus didn’t mill a cutout on the slide for an optional optic from the get-go. UPDATE: As of June 15, 2022, I see on the website it’s now also offered with a cutout. Problem solved.

Plenty of things have changed with Taurus’ come-of-age carry gun–all except one. At under $400, the GX4 is around $150 less than its competition. And given its performance, if I were those other brands, this time I’d be concerned.