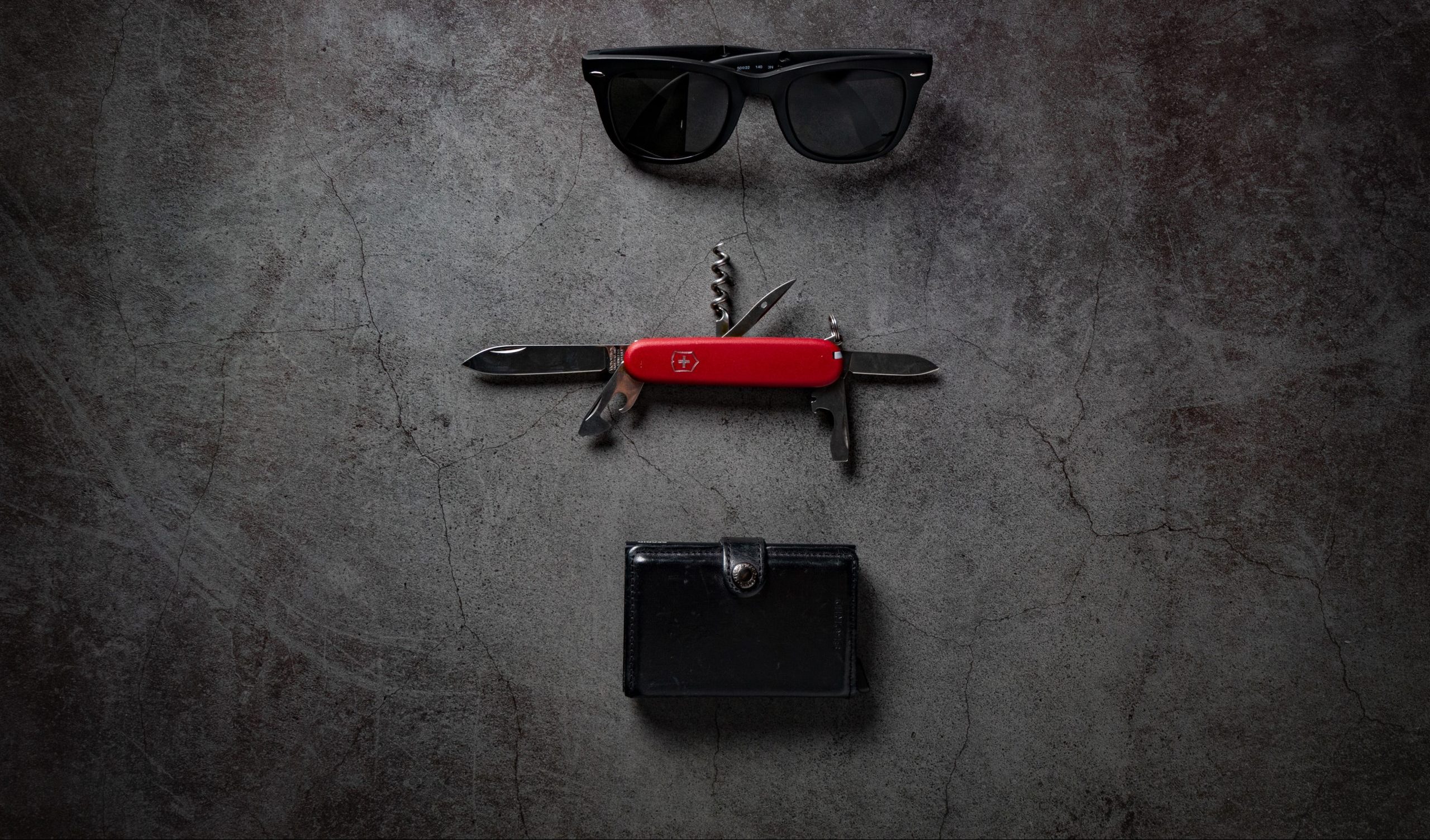 When I was a kid I was obsessed with Swiss Army knives.

I begged and pleaded with my parents for one. If only I had a Swiss Army Knife I could tackle adventures like opening my Lunchables and carving my initials in the school gym’s bleachers. Eventually they relented and got me the smallest possible version to mitigate the danger of me accidentally killing myself.

What is it about this brand that can trigger such a knee jerk reaction; what makes it so special?

The knife was born in 1884 when the Swiss Army decided it needed a portable tool for soldiers to use in the field. Inventor Karl Eisener answered the call with a new sort of knife, one with a hidden spring allowing the blade to easily come out then snap back into place.

Despite the innovation, the new tool was not an immediate success. Swiss Army officers pointed out a glaring oversight on the part of old Karl: there was no corkscrew. Apparently downing bottles of Gamay at lunch was a key component of Swiss national defense. Eisener quickly corrected the error, and the officer’s knife has stayed largely the same since.

Now let me answer a couple common questions. Obviously the traditional knife is red to match the Swiss flag. The company became Victorinox in 1921 in memory of Karl’s mother Victoria. In case they were accused of being sentimental, the company added the french abbreviation for steel, Inox, to the end of the name.

During the Second World War American GIs took a shine to the Swiss tool. The knife was originally called the Offiziersmesser, but that was too much of a mouthful for our boys in uniform who took to calling them Swiss Army knives. When they brought them back stateside the brand’s popularity took off.

The corkscrew remains a source of nerdy internet debate. In 1950 the company launched a version that replaced the corkscrew with a Phillips head screwdriver. Fans argue the merit of both choices, with some dubiously claiming that the screwdriver is much more useful than the corkscrew. Neckbeards even argue about the corkscrew pre and post 1990 when the spiral became tighter.

If you spend your evenings reading SAKWIKI.com, the online encyclopedia of the Swiss Army Knife, go ahead and get the Phillips head. You probably aren’t opening bottles for the ladies so you might as well screw something.

Shit hit the fan for Victorinox after 9/11. Its biggest point of sale was at airports, and you don’t need a job at Homeland Security to see why this became problematic. Instantly almost half of the company’s sales went away. Fortunately Karl Eisner’s grandson Carl Jr. (I’m slapping you through the screen for thinking about fast food) was able to save his family business. As CEO he stuck firmly to old-fashioned values like “saving for a rainy day,” aka being really boring and Swiss.

He also broadened the company’s product range. This is around the time the brand focused more on luggage, watches and kitchen implements. Personally I think they should stick to pocket knives, because their other products have about as much personality as a Zurich insurance adjuster.

But let’s go back to the original question: What makes these ubiquitous pocket knives cool? In 2022 there are a lot of other options out there, from the utilitarian Leatherman to the badass Navy Seal knife supplier SOG.

The iconic look is a big part of it, as this is one of the few products that’s instantly recognizable. There’s also the steadfast reliability. I still take my childhood little red knife on fishing trips. Also, what else are distant uncles supposed to get you for graduating middle school?

Maybe my sensibilities are a bit too literary, but my favorite thing is the metaphor. More than just the Kleenex of pocket knives, Victorinox has created the ultimate symbol for being able to do it all with aplomb.

When I heard the job title I imagined a mulleted, pro-gun Macgyver who could tune a motorcycle carburetor, assassinate his enemy, and snake your date with only a pen knife and a bitchin’ leather jacket. Yea, that’s the power of a Swiss Army Knife.