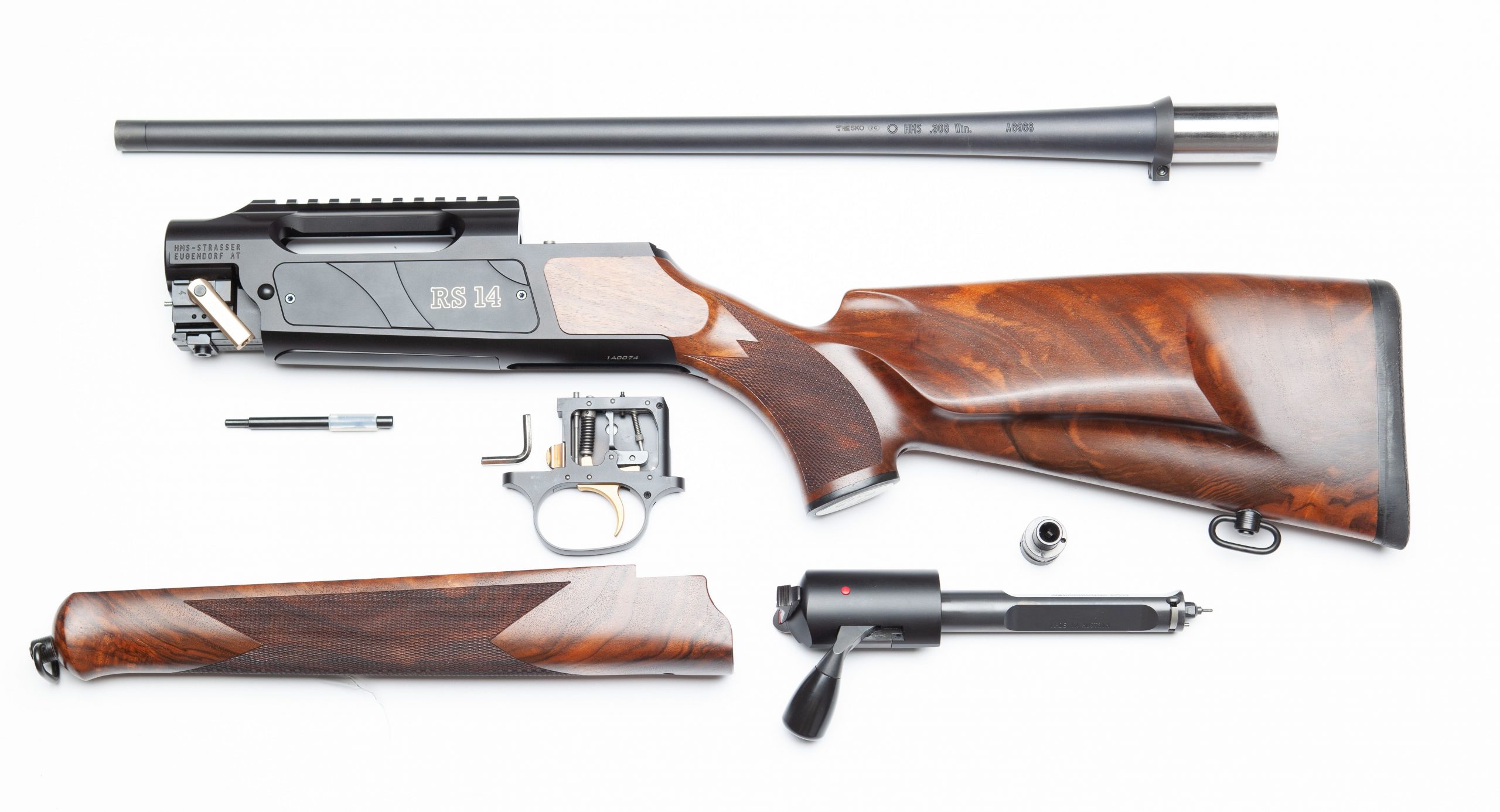 Not everything that comes out of mainland Europe impresses me. I have no use for National Socialism, youth hostels, or skinny jeans. Say what you will about the Germanic peoples, though, the bastards can engineer things. When it comes to motor vehicles, optics, and firearms, Germany and Austria have it together.

The Austrian-made Strasser RS-14 big game rifle is just such a slickly designed piece of machinery, although one a bit different from what American shooters are used to. Working the bolt isn’t the familiar “clack-clack-clack-clack”; it’s just “clack-clack”. The Strasser is an innovative take on the straight-pull action. You fire the shot, pull the bolt back, push it forward and it’s ready to go. Your eye never comes off the scope. Shooting driven game such as boar is popular in Europe, so Austrian hunters really appreciate a nimble and fast-cycling rifle.

Traditionally, American hunters view straight-pull bolt actions as they do the metric system: it may be a good idea but we’re not buying it. The fact is, though, the Strasser is lighting fast to reload, accurate, and handily modular for the traveling hunter. This may be the rifle that changes your mind about straight-pulls.

The Strasser comes in a variety of chamberings suitable for everything from prairie dogs to elephants, but that isn’t the special part. With one receiver, the user can switch to any of the 25 cartridges offered by swapping out the barrel and, in some cases, the bolt head and magazine. Yes, your .458 Winchester Magnum can become a 6.5 Creedmoor in about two minutes. A single rifle can be converted from right-to-left hand use just as quickly with a spare bolt. All of the required tools are carefully concealed within the rifle itself. Throw the Strasser and a few barrels into a take-down Pelican case and you’re ready to hunt the world.

RS 14 models range from the utilitarian laminate-stocked Tahr to the Consul III wrapped in jaw-dropping Turkish Walnut. I’ve had my hands on three different Strasser variants and all were impressive. Strasser’s single-set triggers are outstanding and adjust to one of three different pull weights in seconds. The Strasser I shot most recently, a Consul, had a 2.9-pound trigger on its lightest setting and broke at just 6 ounces when it was pre-set.

How fast you can work the bolt doesn’t mean anything if the rifle isn’t accurate. My five-shot groups with each rifle averaged in the one-inch range at 100 yards and three-shot groups were appreciably smaller. Most important, the Strasser shot consistently. I noticed no measurable shift in point-of-impact when barrels were removed and reattached.

There are plenty of cheap and serviceable hunting rifles on the market–this is not one of them. I appreciate innovation. I appreciate quality. This rifle is an example of both. The fit and finish of these rifles on par with the price tag. You may not have heard of Strasser before, but if you are in the market for a portable premium rifle for a wide variety of hunting needs, they are worth checking out. Next time you find yourself wading through a third-world airport with your casket-sized rifle case, remember that there’s a better way. Just do us a favor and leave your skinny jeans at home.

Cons: Buying one will hurt your AMEX a little, but you’ll get over it.

Recommended? Yes, particularly for guys who ride airplanes to hunt.