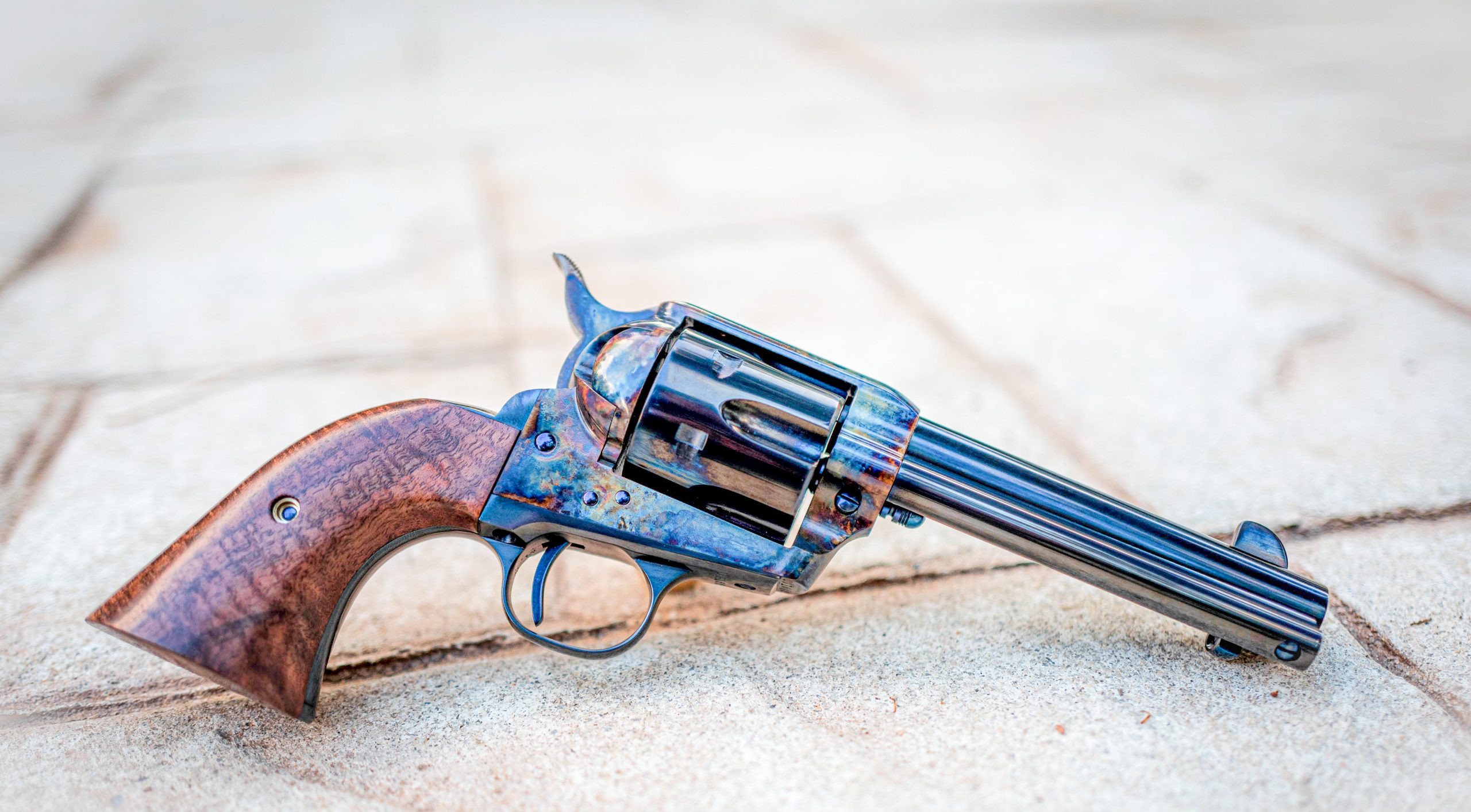 If you put a gun to my head and told me I had to name one firearm model as “America’s gun,” I’d probably name the Colt Single Action Army. Known colloquially as the “Peacemaker,” the 1873 classic tamed the West, and did it in style. This was the gun the cavalry used to fight hostile “indigenous peoples,” the one that Teddy Roosevelt carried up San Juan Hill, and the one that rode in Texas Ranger Frank Hamer’s gunleather when he killed Bonnie and Clyde. The gun and its replicas have been used in more Western movies than anyone could count, making it recognizable worldwide as the handgun for any real cowboy. The Colt Single Action makes apple pie seem like an import by comparison.

Colt still produces the Single Action Army but does so in extremely limited quantities. Candidly, the quality of the modern Colts is just okay. Due to the popularity of cross-dressing–I mean cowboy action shooting–the market is awash with replica Colts, many of which come out of Italy. Some of these are better than others, but most lack the fit and finish and function of a proper sixgun. Don’t get me wrong, they work (ask Alec Baldwin), but they’re not heirloom guns. For many years, someone looking for a truly fine Single Action Army befitting of the name had to find a used 1st or 2nd Generation Colt. No longer.

The entire gun, save the walnut grips, is machined from billets of 4140 steel. No cast parts, no MIM bullshit, no cost-saving corner cutting. No one else builds them this way because it’s too expensive. Standard doesn’t care. Everything from the fabrication to the finishing is done in-house, including the authentic case hardening. The finest modern machining methods are combined with techniques that border on witchcraft to produce this masterpiece of a handgun. Steel billets come in one door and finished guns come out the other.

These guns are essentially custom builds, so the fit, finish and function are superb. The flats are flat, the rounds are round. Everything from the deep blue of the barrel to the swirling hues of the bone and charcoal case colored frame is flawless. Nickel examples are available as well. The small parts, including the pins, are fire blued. The mechanism is true to the original, spelling out C-O-L-T as the hammer comes to full cock. No coil springs, no transfer bar, no modern contrivances. The grips are fit perfectly and made from fancy walnut. As an example of the attention to detail that goes into building these guns, even the frame’s screws are timed to run perfectly horizontal. Find me another factory gun on the market that can boast that.

Standard’s Single Action Army comes in three barrel lengths, just like the original. I’ve always preferred the looks and balance of the 4¾-inch version so that’s what I ordered. Though fondling this sixgun was a pleasure in itself, I still had to shoot it. Loaded with a stack of 250-grain cowboy ammunition generously provided by Black Hills, I went out to do my best William H. Bonney impersonation. I couldn’t find Sheriff Brady or Lawrence Murphy, so I settled on steel targets.

Nothing, not even a Luger, points like a Single Action Army. The targets died hard and they died fast. One-handed, two-handed, it didn’t matter. I simply can’t say enough good things about Standard’s rendition of the Single Action Army.

This sixgun isn’t returning to Connecticut. It’ll be a deal at full retail. I might take to walking around with it on my hip, for all the honest world to see. People downtown will stare, and they should … because it’s freaking perfect.