A top contender for concealed carry 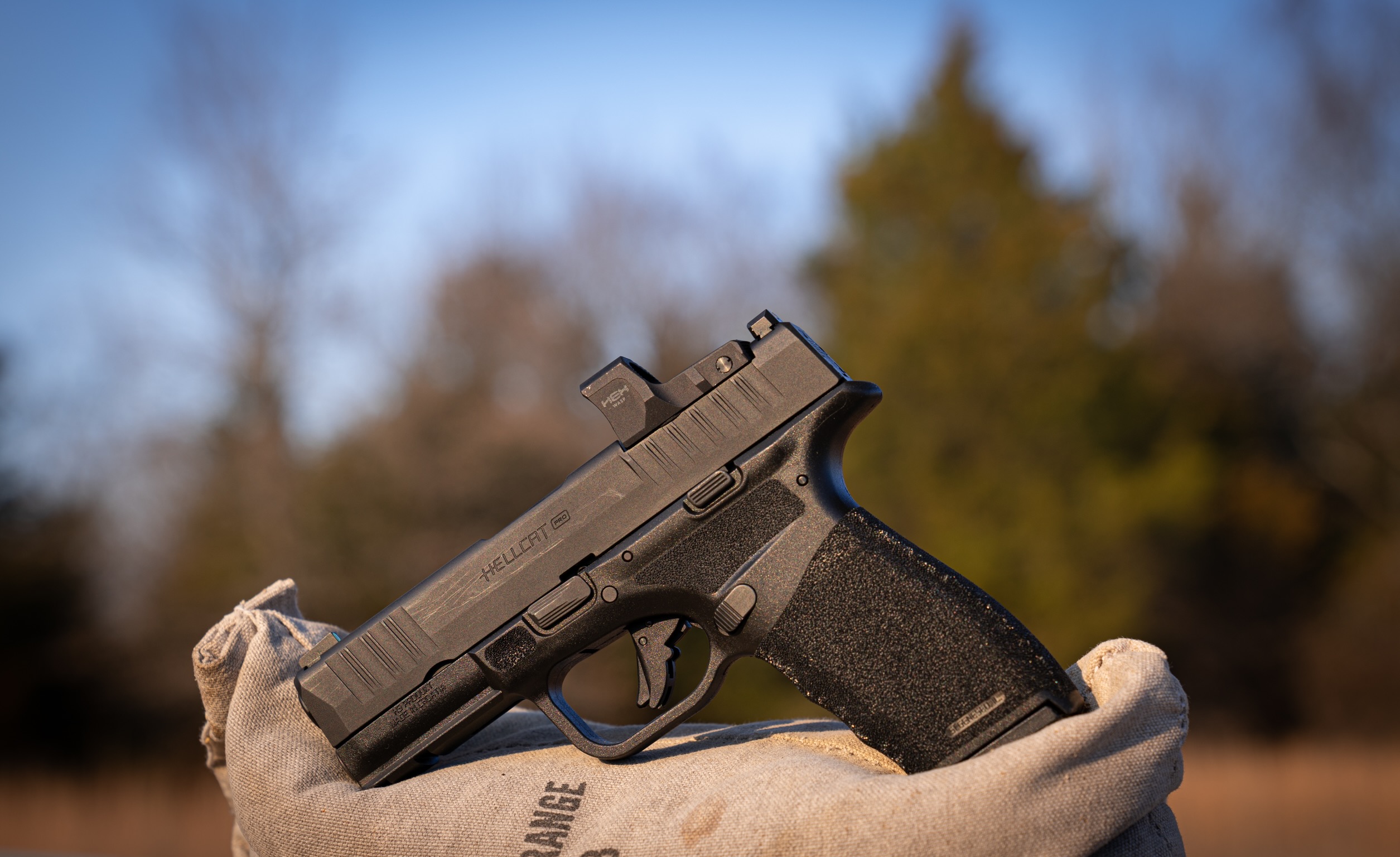 Here at FE we laugh at most things. The President is a good example. Don Jr.’s meme game is another. Hawaiian print shirts crack our asses up, as does the entire concept of “internet fact checkers.”

But our carry guns? This is serious shit.

Most of us have a dozen or more, A. because the perfect carry gun varies depending on the occasion, and B. because every year or so a gun enters the market that’s better than the last.

Springfield’s new Hellcat Pro is that gun for me. Here’s why: It’s a 16-round sub-compact double stack 9mm that weighs just 21 ounces (with its included mini-reflex sight), is 1-inch thick so an anorexic can conceal it, yet it’s as reliable and accurate as any carry gun going.

What’s the big difference between it and the original? Very little except .8 inches in overall height, .7 inches in barrel length, .6 inches in overall length, 3 ounces in total weight and 4 rounds in total mag capacity. But on the range–and I suspect in a fight–these subtle gains add up to make the gun fit better, feel better and perform better–therefore lending more confidence while carrying it.

Size-wise, the HellCat Pro sits between the Glock 48 at 25 ounces and the gun that started this micro-compact trend, Sig’s 365, at 17.8 ounces. The Hellcat Pro is the gun you can comfortably carry appendix-style yet feel like you have a fighting chance to actually hit something if the shit actually hits the fan. At the very least it gives you 16 tries without weighing you down too much in case you decide to say the hell with it and flee.

A notable feature and advantage of the Pro is its sighting system. It took handgun makers several tries to get optics-ready handguns optimal for carry, and no doubt they will continue to evolve. At first it was a red dot sight on a slide cutout that hid the iron sights. No bueno if the battery craps out. Then companies went with taller sights so they could be co-witnessed through the optic, but doing so made the front sight even more prone to snagging. Meanwhile sight companies didn’t know whether to make the sight with an on/off button or what. On/off buttons are great for saving battery, but I have my doubts a gang banger will stop his banging while you draw, call timeout and fumble for the button.

The Pro features an extremely low profile Hex Wasp red dot that can be used in conjunction with its standard-height sights, and to me this is the only way to go as it gives an instant backup if the lights go out on the red dot. While the Hex is designed to always be on, and it’s awesome while it is on, I suspect I’ll have to change batteries more frequently than its 2-year claim. Why do I suspect this? When the gun arrived at my house for testing the Hex’s battery was dead as dollar gas. Even so, I’m not worried about it because the tritium, all-steel night sights are there. In the future some sort of low battery indicator would be the tits.

So what separates the Hellcat Pro from Sig’s 365XL and several other similarly-sized guns in its class? Mainly it’s grip and grip angle. To my hand, the Hellcat feels better than the Sig for three reasons, although these are subjective.

First, it’s grip is slightly bigger; second, it’s grippier thanks to sharkskin-feeling, dual-micro-pyramid-style stippling; and mainly, the grip angle is such that it sits lower in my hand so the bore’s axis is lower and therefore recoil is more controllable. The Sig’s all-steel trigger is better, however, and that’s my only complaint about the Hellcat. Its two-stage, glocky trigger breaks at 6.5 lbs, and isn’t special.

All told, however, I believe the Hellcat Pro (the name “Hellcat” itself cracks me up because it reminds me of Raising Arizona; T-I-G-E-R) is the best pure concealed carry gun going at this point in history. So damn you Springfield, because now I have to buy one. Seriously.  $634

Cons: trigger could use a job.