Song of the Soque 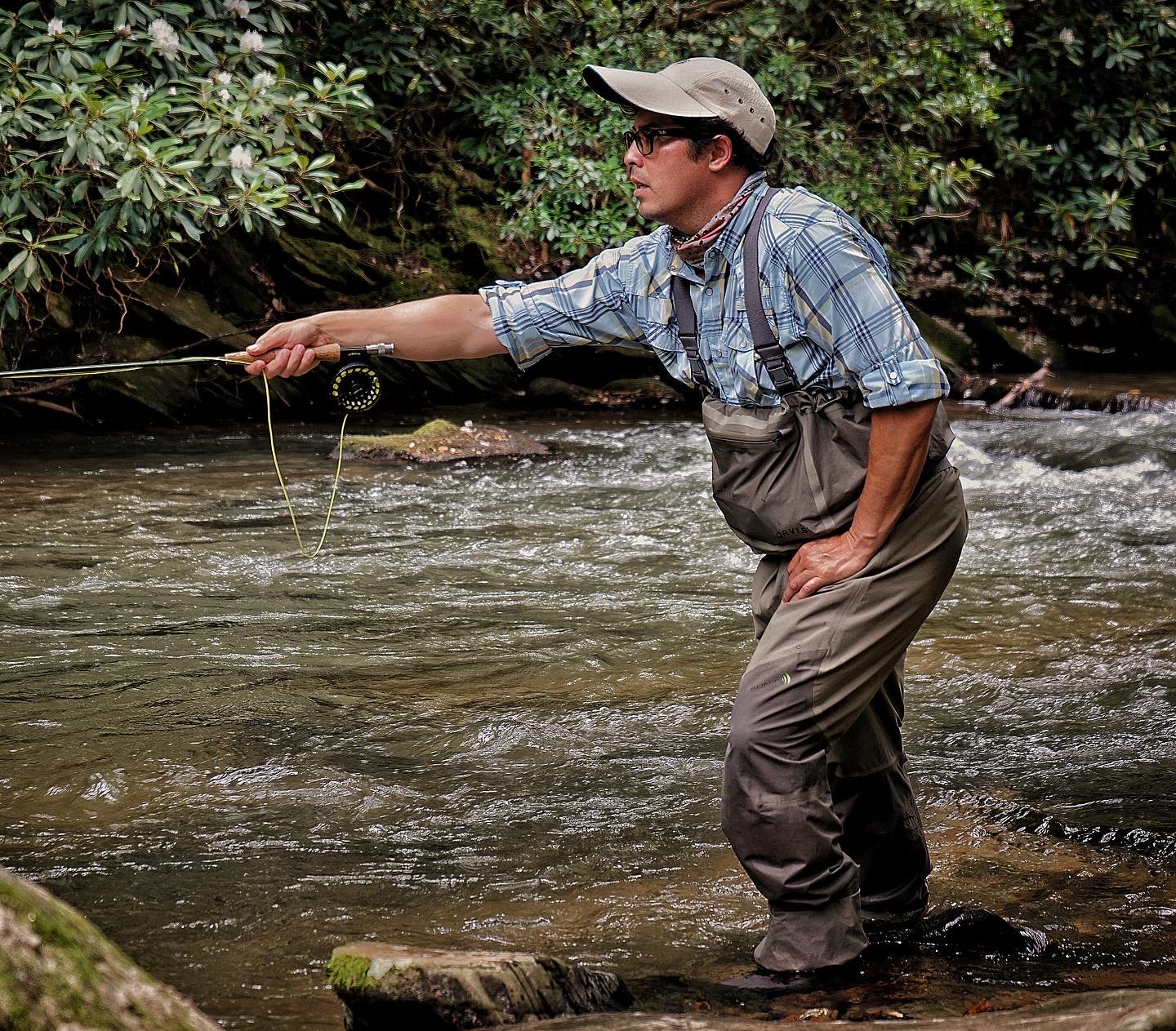 The Soque River is a narrow watershed that begins and ends in the mountains of northeast Georgia’s Habersham County. It is also a siren that sings to every fly fisherman who has ever had the fortune to hook one of her innumerable trout leviathans.

It was my good buddy, Kirk Donnell, who first introduced me to this fishery. He used to spend summers as a kid at his family’s cabin on nearby Lake Burton and promised me trout that could measure twenty inches plus. Two weeks after landing my first Soque slabs with Kirk and guide Mark Dixon, the siren sang and I was back to the river with the Merchantmen: my boys Marshall and Michael along with their father Mike to whom I also promised megalodons.

To be fair, the Soque is a much different river than it was when the Cherokee (from whom she is named) lived, fished, and hunted the region. Rainbows and brown trout are stocked by local land and lodge owners, but make no mistake: the river is healthy, the fish are wily, and the fly angling is tough.

There’s no hauling on the Soque, so one can put out of mind loading up rods to shoot long loops of fly line across wide-open riffles à la A River Runs Through It. No, sir, and no, ma’am. The steep banks of the Soque are a plush jungle consisting of a variety of pines, hardwoods, and flowering plants that loom over the flow like Cherokee ghosts ready to snag any faux bug, tippet, and leader. The casting can get ugly with fat rolls that must precisely place hangnail-sized nymphs in swift drifts and bubble lines at the edge of eddies where finicky fish cruise and glut on God knows what. Anglers are forced to tie and retie bug after bug if any success is to be had.

But when the code is cracked and the table is set correctly, dig in the spurs for a river rodeo of bucking trout that ply downriver at sonic speeds setting line and drag and angler singing. And if the ancient river spirits are pleased, they will allow a landing. And you’ll allow yourself a return trip as the song of the Soque plays about your heart when you’re not in her embrace.