“Somebody With a Shotgun…into the grass” 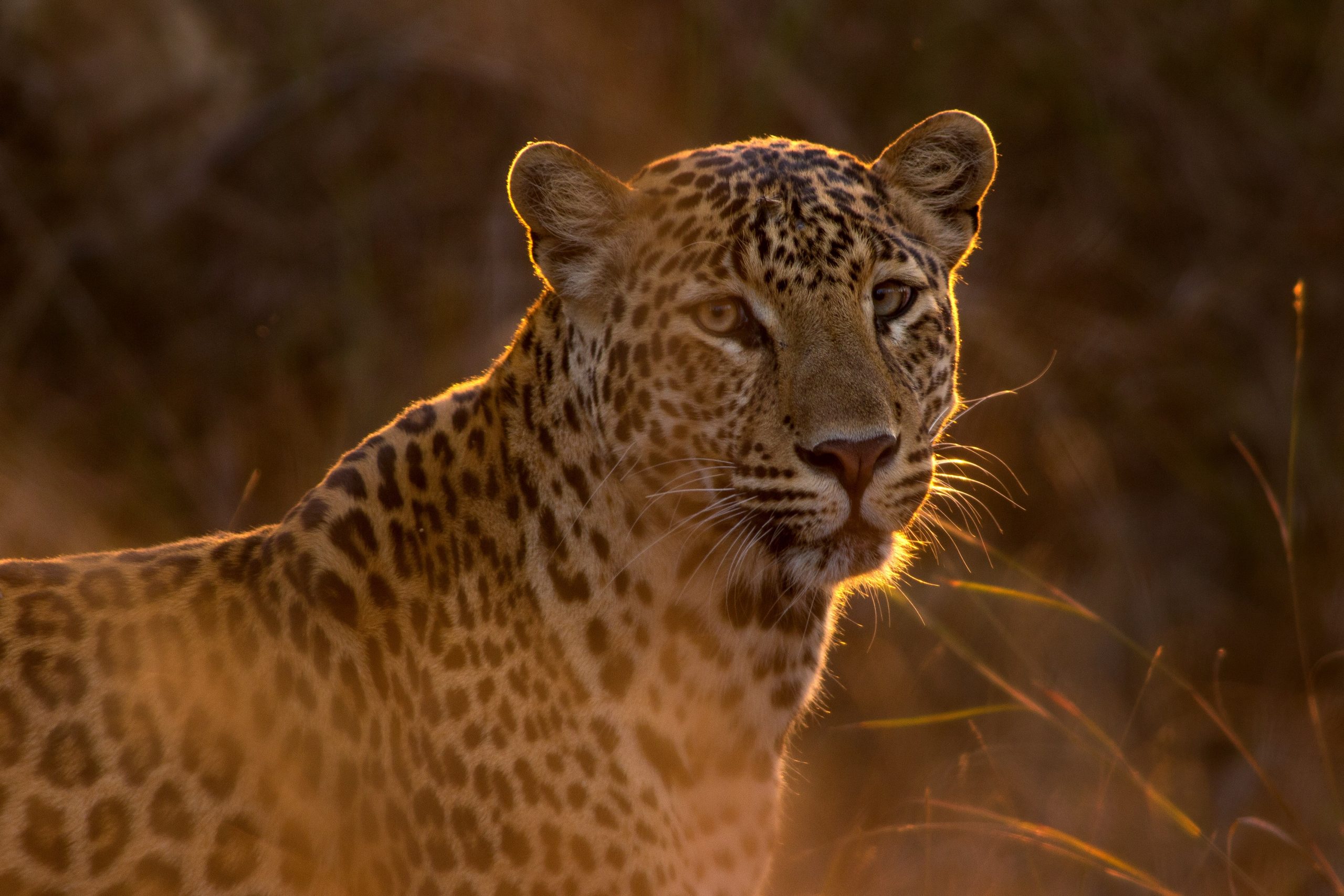 …said Russ Broom, who I thought was my buddy. I glanced down and hefted the over/under, both barrels charged with 00 buck. Then I looked at that horrible, tall, green grass.

The leopard was surely in there. Everything else was burned and open but for this lush half-acre, a triangular runoff below a huge basaltic monolith. As we followed the spoor, we’d seen it looming a half-mile away. The trail led straight there, drying blood smeared on green stems at the base where the grass was longest.

First, we circled. The tracks went in but didn’t come out. We’d climbed up above, looked down, and tossed a few rocks. Nothing. The leopard was in there. We’d taken the spoor at dawn, hopefully tracking a dead leopard. Two hours earlier we’d taken a mock charge from him near a brushy termite mound. Now it was hot midday, and we knew the cat was alive, angry, and waiting.

Russ and friend John Sheehan, both with big double rifles, posted themselves where they might see. The old Bushman, Jack, axe in his hand, walked into the grass at the base of the rock.

Three slow paces and the ground dropped at my feet, an invisible erosion ditch, shaded, cool, perfect. We imagine the roar of a lion, but there’s nothing in the animal kingdom like the deep, sudden, ear-splitting thunder of an angry leopard … erupting under my feet. The earlier false charge was the first time I’d heard it. Although I would, I never wanted to hear it again.

I suppose I was lucky; the narrow gully was sheer on my side, shallow on the other; I can only surmise that even a leopard cannot levitate straight up. A yellow blur, he took a couple of bounds out and turned. My first barrel was too quick; on the second I saw the pattern on the chest and neck.

In slow-motion milliseconds, I realized I hadn’t done anything. Second flash: The shotgun was empty, with no chance to reload. Third: This was gonna hurt! To my right, Russ’s .500 boomed, followed by Sheehan’s .450. Just across the little ditch, the leopard was down.