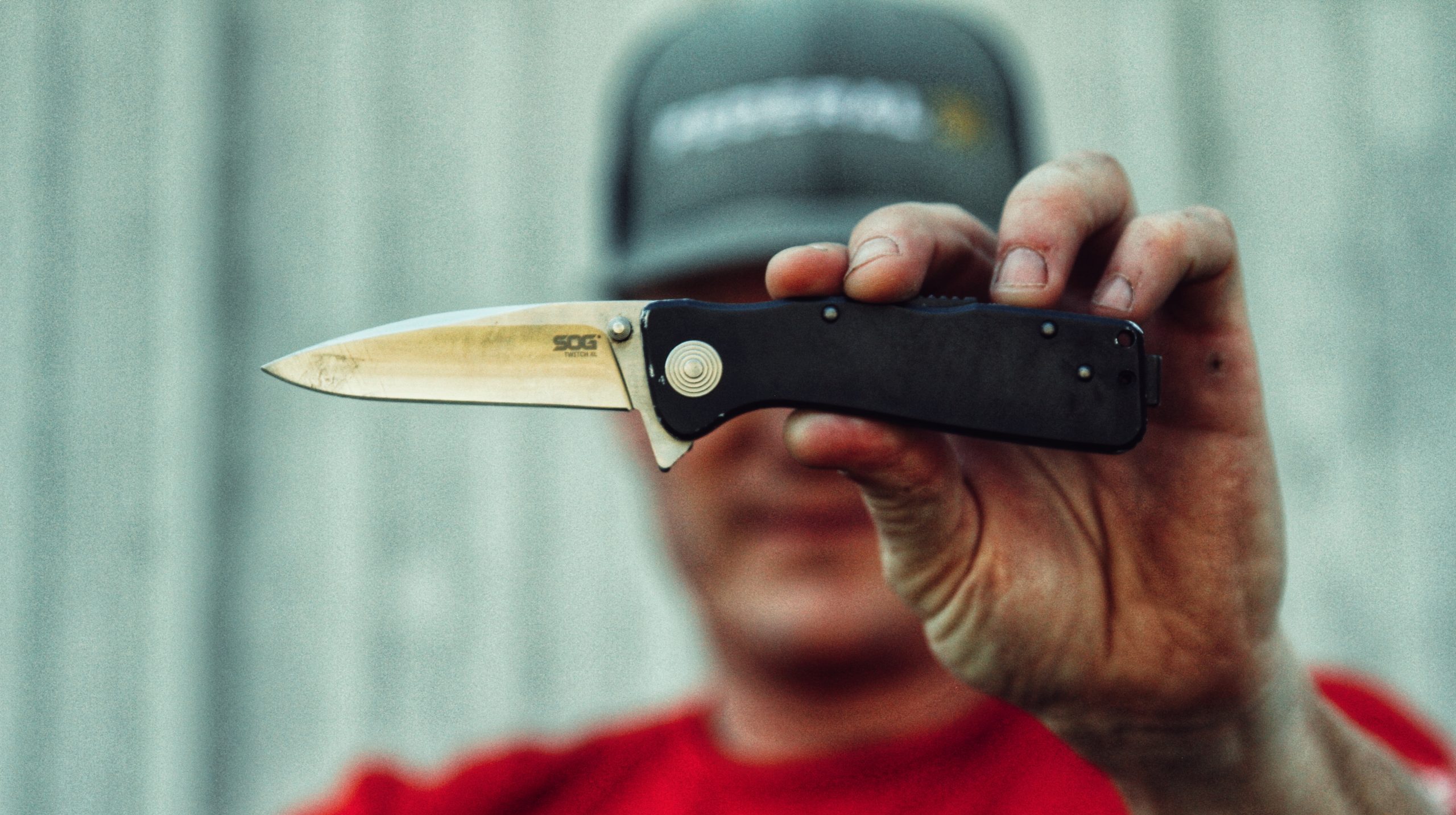 Way back during the Godfathers-Gave-Good-Shit-to-Boys era, mine gave me the best gift ever: A real-life M4 Sherman tank with a working 75mm gun on it. Just kidding, but he did give me a SOG multi-tool that was almost as dangerous.

I still have that all-steel sonofabitch, despite spells of neglect, hard use as a crowbar, and numerous prolonged soaks in saltwater. It’s a miracle it still functions flawlessly, and something greater than a mere miracle that I haven’t lost it by now. The point is, I’m forever a SOG (Studies and Observations Group) fan, so much that I carry its Twitch XL pocket knife every day of my life. Here’s why I like it:

The Twitch XL, with its one-handed spring-assist opening, its 4.25-inch modified drop-point blade and its slim 5/16” overall thickness, is my idea of the perfect do-all pocket knife. I feel like it’s large, durable, and pointy enough to use defensively if I had to. To date I have gutted more than 50 game animals–mostly deer, hogs and turkeys–with it, and never felt in any way handicapped. But mainly I use it daily for opening boxes, cutting off my wife’s clothing tags and cleaning my fingernails. Yet it’s slim enough to fit undetected in my suit pants pocket.

By modified drop-point, I mean that its blade style is not like drop-points of old that are great for skinning but not all that great for stabbing bad guys in the neck. The Twitch XL’s version of a drop-point features a shallower belly and a top spine that also drops down to meet it, thereby creating a much sharper, deeper penetrating point. I’ve grown to prefer it.

The spring assist mechanism can be initiated in two ways; either via the thumb stud or the “kicker” that forms a little wing when the blade is folded. When clipped in the jean pocket, the kicker can be intuitively depressed, thereby springing the blade to its locked position in a flash. It’s just about as fast as a switchblade, but of course it skirts the law in most jurisdictions … and I like that.

For those seldom times when I must jog or exert physical energy, the blade is lockable to prevent inadvertent castration. God bless SOG’s engineers for that.