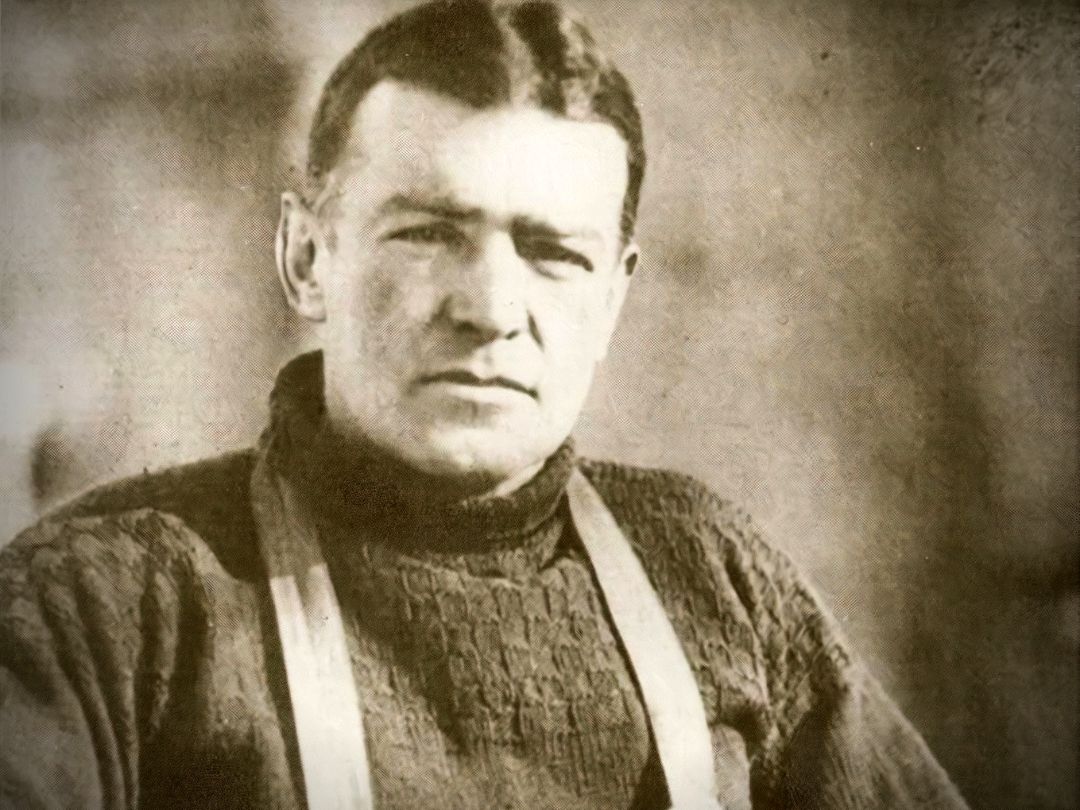 He was a principal figure during the Heroic Age of Antarctic Exploration, named the eleventh of the 100 Greatest Britons that ever lived, and turned the failure of what was to be his greatest expedition into one of the most epic tales of survival ever told.

Pretty impressive for a guy who once claimed he was sick in order to get out of hiking back from almost reaching the South Pole.

Ernest Henry Shackleton was born in County Kildare, Ireland on February 15, 1874. He was the second of Henrietta Letitia Sophia Gavan’s and Henry Shackleton’s ten children and the first of two sons. Ernest’s brother Frank became famous latter in life for being named a suspect, then exonerated, for the theft of the Irish Crown Jewels. Ernest was considered a voracious reader and is said to have gotten his love for adventure from such. He entered Dulwich College at age 13 where he quickly became bored. Ernest quit this boredom at age 16 to work for the North Western Shipping Company aboard the sailing ship Hoghton Tower. Ernest excelled at life upon the sea and around the age of 24 became certified as a master mariner which qualified him to command a British ship anywhere in the world. In 1900, Ernest met army lieutenant Cedric Longstaff whose father Llewellyn W. Longstaff was the main financial backer of the National Antarctic Expedition. Ernest used his friendship with the younger Longstaff to obtain an interview with the elder Longstaff. Ernest killed his interview and Longstaff had him appointed third officer to the expedition’s ship Discovery.

Led by Robert Falcon Scott, the Discovery Expedition reached the Antarctic coast January 8, 1902. Ernest performed well during the early stages of the expedition. He took part in an experimental balloon flight, participated in the first sledging trip from the expedition’s winter quarters in McMurdo Sound, and edited the expedition’s magazine The South Polar Times. Ernest did so well that Scott chose him to accompany him on his march toward the South Pole. Scott later wrote that the trek was, “a combination of success and failure.” Success was achieved when the group reached the farthest ever recorded southern latitude. Failure came in the form of all 22 dogs on the trek dropping dead from eating tainted dog food, all men suffering from frostbite, scurvy, and snow blindness, and Ernest having what could most likely be considered a nervous breakdown. Scott later claimed that Ernest had to be dragged back to the ship. Ernest denied such. Regardless, when the group returned to the ship on January 14, a medical examination found nothing wrong with Ernest and he was sent home on the relief ship Morning.

Undeterred by his failure, Ernest returned to Antarctica in an attempt to reach the South Pole aboard the Nimrod in 1908. On January 9, 1909 Ernest along with Frank Wild, Eric Marshall, and Jameson Adams set a new southerly record by making it just 112 miles shy of the South Pole. Additionally, the expedition saw the discovery of the approximate location of the South Magnetic Pole and the first ascent of Mount Erebus. Ernest returned to the UK a hero and published an account of his expedition in his book Heart of the Antarctic. It was during this time that Ernest’s wife inquired about his feelings of not reaching the pole. Ernest responded, “A live donkey is better than a dead lion.”

Return to The Lever Gun