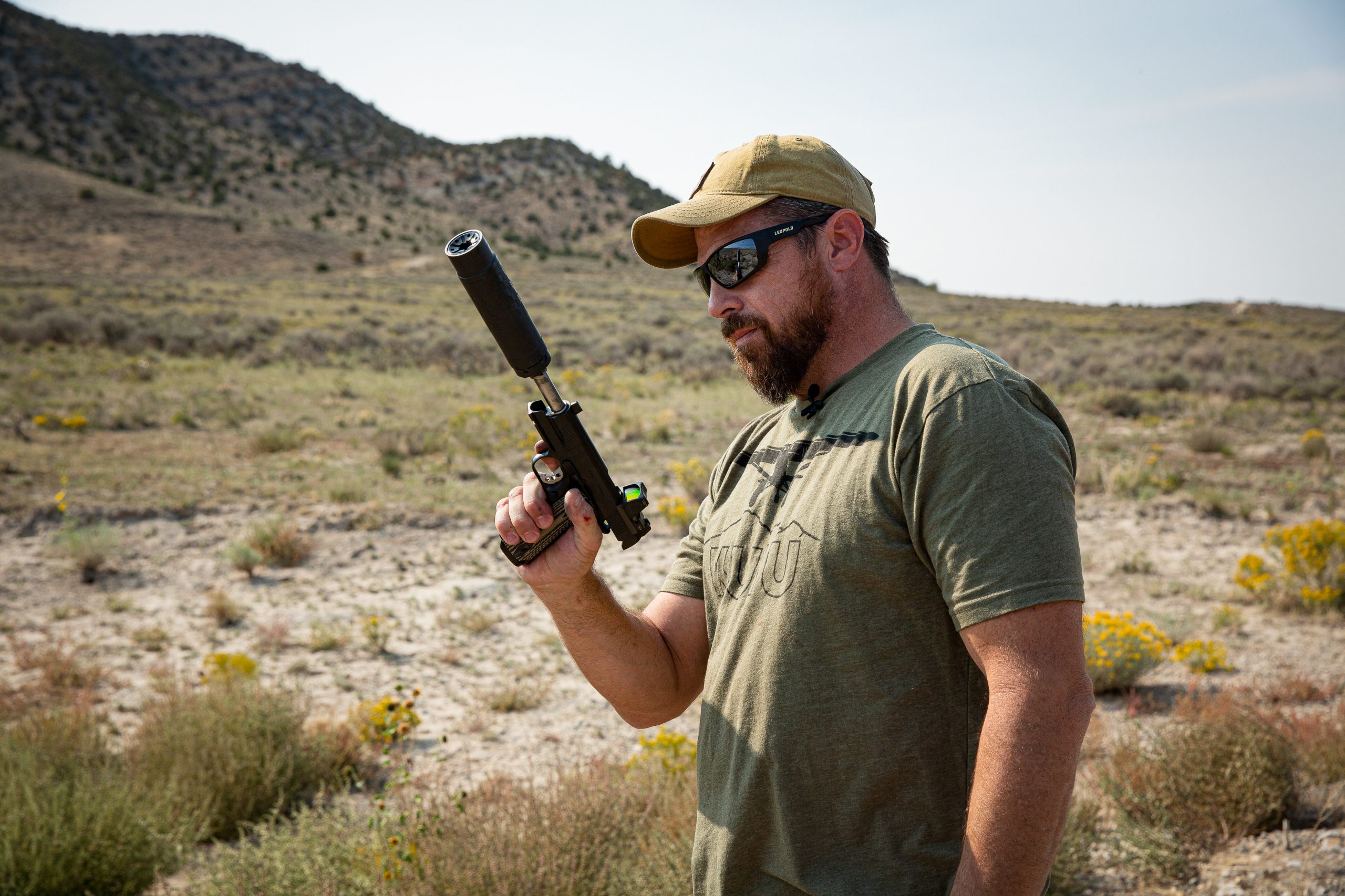 Whenever I travel abroad, the hunters and shooters I encounter are astounded by the sheer number of specialized firearms Americans regularly enjoy.  They simply cannot fathom a world where owning a gun for every conceivable situation—truck guns, concealed carry guns, hunting handguns, bear guns, deer guns, varmint rifles, plinkers, brush guns, throwdowns, long-range rifles, and individual shotguns for everything from quail to geese–is the norm.  Depending upon the country, these poor bastards are relegated to just a precious few, and I generally feel sorry for them.

That is until they break out individual suppressors for every rifle they own without any government regulatory oversight.  Then my smugness turns to embarrassment at our ridiculous regulations on essentially … mufflers. Due to our government’s bullshit surrounding the ownership of suppressors, generalization–not specialization–is the way of the future as long as these bullshit regulations hold.

For years we’ve been jumping through hoops to obtain a single suppressor in .30 caliber. But then, because it’s too much of an asswhip to buy another one, we do our best to make it work on a .223. But even if we happen to find the correct thread adaptor kit, it doesn’t work great.  A dedicated, caliber-specific suppressor is often much quieter because less unmitigated, ear-ringing gas escapes. It’s often more accurate and all-around better because who wants a giant .30-caliber can on an AR pistol?

Alas, Silencerco now has a better solution: It’s called the Hybrid 46M.  Constructed of titanium and stainless steel, this 100-percent American-made can is rated to a level previously unheard of: 460 Wby. Mag. all the way down to .223/5.56! Equally importantly, it’s modular so it can be converted from long configuration (7.72”/ 14.9 ozs.) to short (5.78”/12.2 ozs.) in seconds. It also features removable, caliber-specific end caps that put it on par with dedicated caliber-specific units for noise suppression.

I tested the new Hybrid 46M at Silencerco’s Salt Lake City headquarters recently. (I was purposely hung-over because I wished for a true test of how much a silencer combo can reduce head-pounding noise.) I tested both indoors using a decibel meter as well as outdoors on a non-covered range. I left less hung-over and very impressed.

In both short and long configurations, using everything from a 5.56 to .45 ACP to .338 Lapua, the Hybrid 46M worked as advertised. Quiet, light, adaptable to nearly everything you may ever own, and best of all, full-auto rated, just in case the feds ever ease those bullshit restrictions too.

Pro: Modular and Super-Versatile:  If you can only have one, this can is surely it.

Con: It ain’t cheap. (But it’s a hell of a lot cheaper than buying several.)