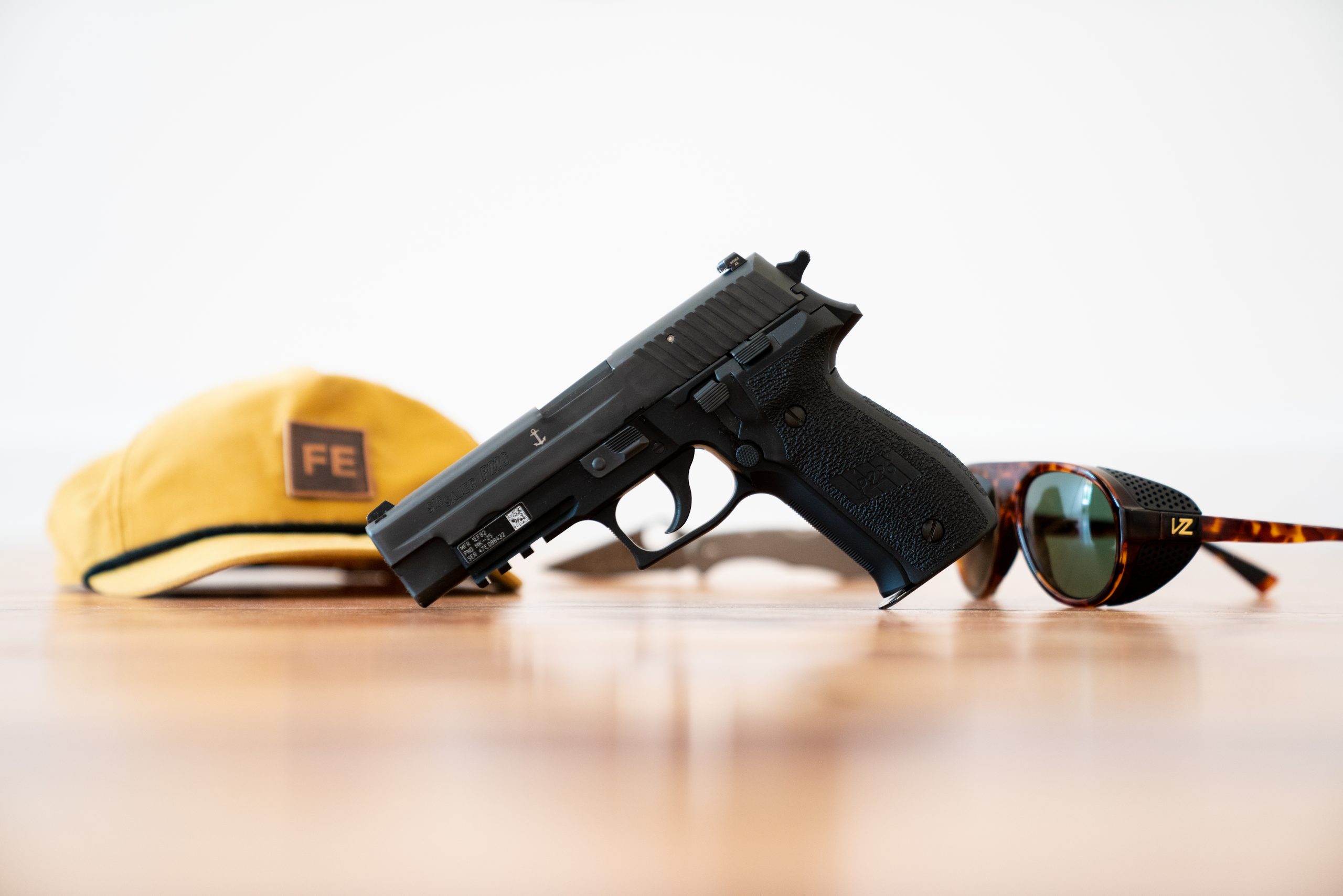 When the U.S. military adopts a handgun, it is forever sealed into iconic status. The Colt Single Action Army and 1911 are ideal examples but there are others. Take the SIG P320. This was a  handgun that no one seemed to notice at first. Then it became an overnight success when it became the M17. The new modular handgun isn’t the first SIG product issued to our armed forces, though, that distinction goes to the classic P226 9mm.

The unlovable Beretta 92 somehow beat out the P226 when it came to choosing a handgun to replace the 1911 for the conventional armed forces but one notable unit did put the SIG to work. The 226 has been the standard sidearm of the SEAL teams since they dumped the Beretta for this hotter German girlfriend back in 1989. Since it insists on naming everything as if it were a torpedo, the navy calls the current issued version the Mk25.

The Mk25 is a double-action 9x19mm with a decocking lever and no manual safety. It holds 15 in the mag and one up the pipe. The frame is made from aluminum and, unlike the original, the slide is fully machined from stainless steel. The slide is coated in SIG’s Nitron finish to protect it from saltwater exposure and the chamber and bore are chrome-lined. These guns have long held a reputation for being reliable, accurate, and durable. Anything that can survive a few decades in the hands of amphibious knuckle-draggers has to be tough.

Eddie Penney, a Team Six assaulter who has sent stacks of bad guys into the afterlife with the Mk25, is a big fan. “I carried one for my entire career. I’ve put close to 100,000 rounds through a few different examples and never experienced a single malfunction. I didn’t use my handgun much during real-world gunfights, but I always felt better knowing that it was there and would go ‘bang’ when I needed it to.”

We can’t all be Navy SEALs (there wouldn’t be enough ghostwriters to go around) but, with the SIG Mk25, we can be identically armed. The civilian version is faithful to the squid gun, even down to the UID code on the frame and anchor marking on the slide. Street price is usually around a grand. For a gun that has been around since Hot for Teacher was a new hit single, the fact that this pistol has maintained its relevance both at home and overseas speaks volumes.

An Interview with Roam Adventure Company