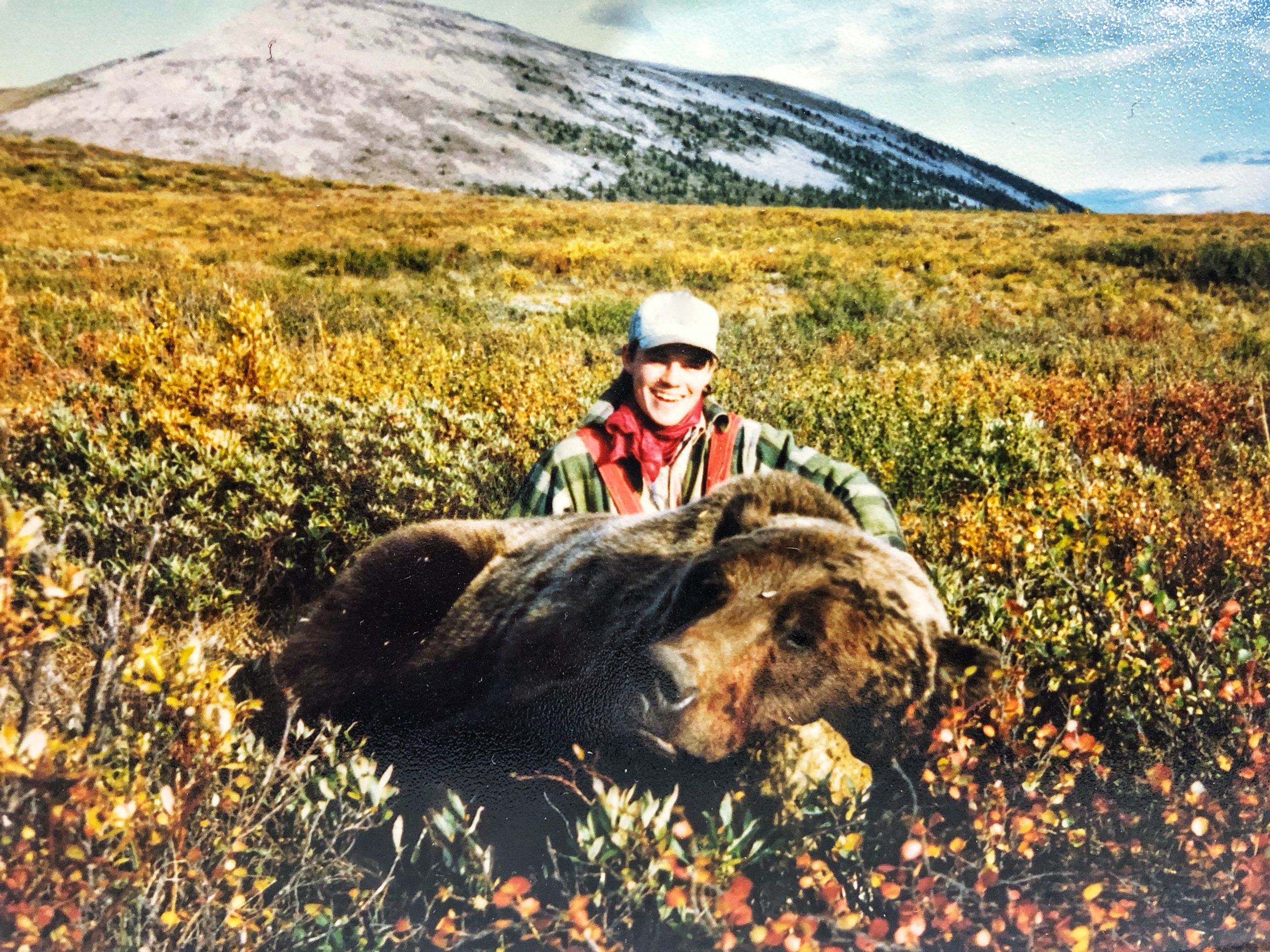 The Northern Yukon: An unforgiving land to those who dare travel her great expanses. Jim, my client from upstate New York, found this out the hard way. Though he was completely out of his element and a little beaten up, he wasn’t a quitter. I respected that.

We were on about day seven of a 10 day Dall sheep and grizzly hunt. Guide Gene Parks and I found Jim and his buddy (also from NY) beautiful rams a couple days earlier, and they both made excellent shots.

Tagged out on sheep, Jim and I struck off on our own after a big old boar grizz that lived up a particular valley off and on throughout the fall. We saw him a couple times from the plane and he looked to be a dandy bear.

Our second day in the valley we sat on the side of a mountain glassing when I spotted him well over a mile away. He was making a living digging around along the creek. We headed up the valley because the wind was good and I figured we should be able to get close enough for a clean shot. There was almost no timber in this particular basin, just willow along the creek and lower elevations. After a couple hours of walking through the tundra and willow bush, we had long since lost sight of the old bear. I was taking it cool moving very slowly with frequent stops just above the edge of the creek bank. I knew we were close, so we kneeled down again to look around. Out of nowhere the old grizz hopped up out the willows from the creek bottom, maybe 40 yards away.

I carefully slid back a couple feet and whispered, “Take him now,” as it was a broadside shot. But when Jim chambered a round and raised his rifle the venerable grizzly caught sight of or heard the movement. Just as he swung his head around Jim fired.

The old bear spun around while biting at his ribs.

“Keep shooting!” I said, while watching through my riflescope.

He had no sooner gotten those words out when the angry giant came to his senses and realized the source of his discomfort was likely the two bipeds kneeling on the creek bank. He only got half a stride in our direction before I let go with my 338 Win. Mag and my heavy “Keith style” handloads. Fortunately that stopped the bruin in his tracks.

Meanwhile Jim rolled over onto the tundra with his head in his hands, cursing for all he was worth.

“My ear!” he yelled. “Your fucking muzzle went off right beside my head!”

After walking up and confirming Mr. Grizz was no longer a threat, I said to Jim: “You better see a doc when you get home to make sure you have no permanent hearing loss. But you can’t piss around when you’re about to shake hands with a wounded grizzly. He would have killed us both.”

Jim is a good man and a pleasure to spend time with in the field, just be sure to speak up.