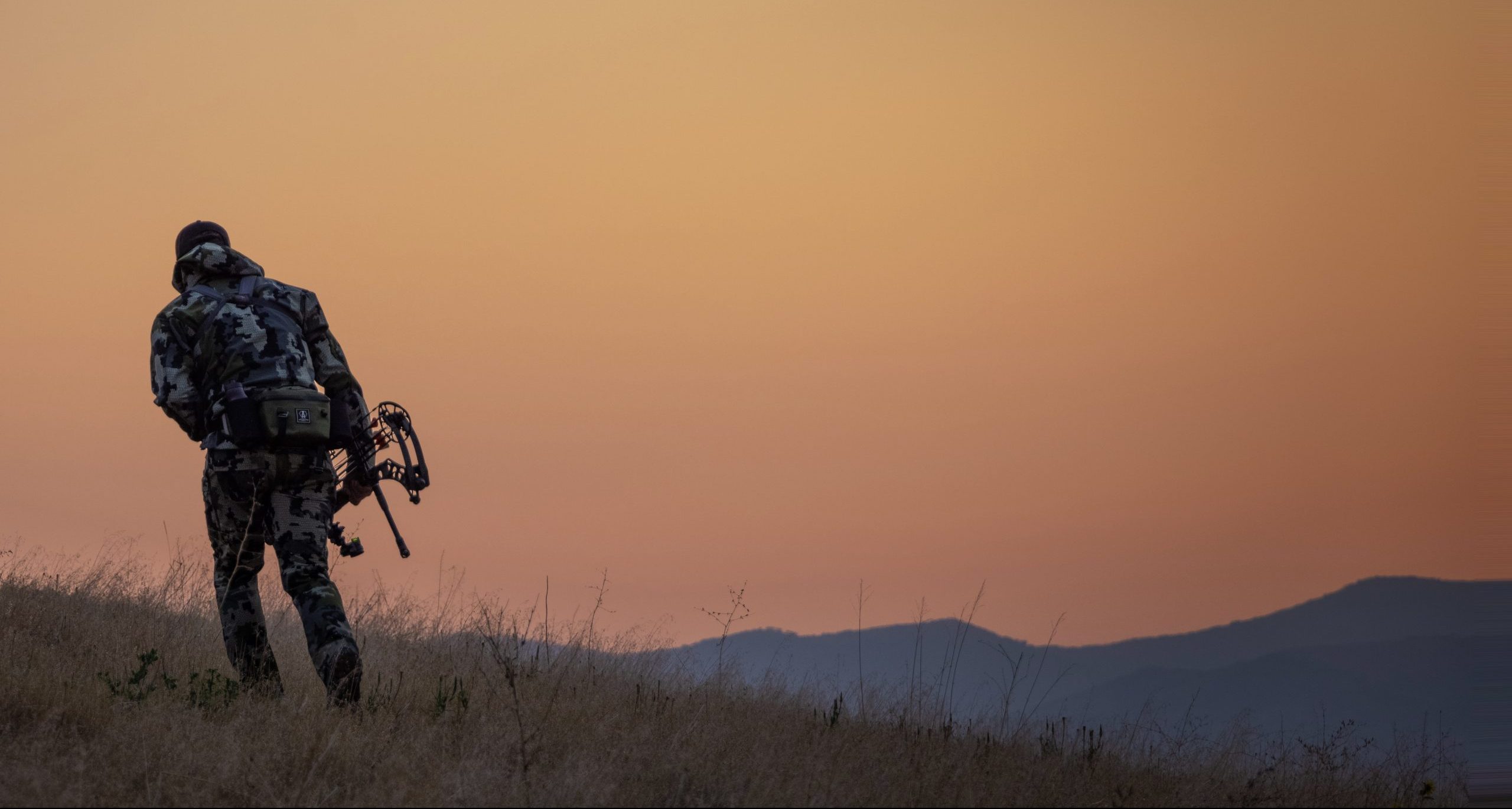 “Dude. This will be good. Private land … guides who know where the bulls are … you’ll get a lot of action and expedite your education,” I said excitedly to the sophomore archery hunter who, frankly, had a heartbreaking first season.

On our first morning we found ourselves with four other hunters and met our guide, Matt. A former police chief and current head guide, he’d guided this land for nearly a decade.

“We’ll get into them. Don’t worry,”  he said confidently as we headed to camp.

But worry was the exact word I’d use to describe Matt’s expression after a few hard days of fruitless hunting.

“Where the fuck are the elk?” he murmured as he glassed.

It had been a wet year. Great for everything. Everything except pre-rut elk hunting.  The elk were no longer limited to select water locations–they could get water virtually anywhere. Add hot days, a full moon and zero bugling, and we were all starting to worry.

Before we knew it, we were down to the last few days of our hunt.

We once again woke super early and met in the kitchen tent to discuss the plan for the day. The old table creaked as bodies came in from the dark, shadows bouncing off the canvas walls courtesy of an old Coleman lantern. I wrapped my hands around my cup of thick coffee and suggested a new idea.

“Why don’t we just get up as high as we can, glass and listen?” I suggested. “Isn’t there anywhere we can go to get a good view of the meadows?”

“There’s one spot,” Matt said, involuntarily rubbing his right knee, “but it’s straight up the mountain.”

An hour later we were cresting a 11,500-ft. ridge as the sun rose. I wiped sweat from my binocular eyepieces and scanned the meadows and aspen stands below. Suddenly, off to our left, the unmistakable sound of a pine tree being beat to shit redirected our attention.

“That’s a bull!” I whispered as I grabbed my bow and loaded an arrow.

Brian, still a newbie, looked at me with a bit of shock.

I slipped along a rock cliff to the right. When I heard raking, I’d move for 5 or 6 seconds and pause. I’d wait for him to fire up again and repeat. Finally, after 150 yards of the most intense game of red light/green light since Squid Game, I caught the tan side of a bull through the trees. I couldn’t get a good look at his antlers, but the arching split tops of his rack dancing above the pine tree told me he was good enough.

I scanned for Brian but didn’t see him. So this was my shot. But I needed to get closer.

I crouched, moving ahead and to the right as the bull raked. Then he turned away just long enough for me to take two steps back and duck behind a large pine tree. I either had to wait for him to stop raking and pray he’d walk my way, or find a way to get a good shot off from where I stood. I would not be leaving the decision making to him.

Finally, I found a gap in the trees about the size of a dinner plate, and although a few small branches hung down, I could see the bull through it, broadside, 50 yards out.

I thought back to one specific mule deer target at my local range where I shot through a similar opening. I knew my Hoyt RX-7 Ultra with its 31-inch draw and 82-lb. pull shot very flat, but damn, this was a tight squeeze.

But it was my best option.

I drew, checked my level, lowered my aim slightly to give myself just a few more centimeters of clearance through the gap, took a deep breath and slowly squeezed the trigger.

The arrow left my bow and the bull instantly did a 180 and stopped.

Meanwhile, the bull just stood there, facing away. He let out a grunt. Was he hit? I loaded another arrow and drew. If he’d just turn broadside …

He slowly walked into the woods, never offering a clear followup shot, but also in a way that made me think he was hit. I let down my bow and quietly moved in his direction, looking for blood.

I turned to find Brian walking up.

After 20 minutes of crime scene reconstruction, we found my bloodless arrow, lodged deeply in some soft dirt. The trajectory looked perfect, and the broadhead was too firmly planted into an underground root to have lost meaningful energy by hitting a branch. It just didn’t make sense. If the arrow made it through that gap in the trees, the only thing it could hit was elk. But it was clear that it wasn’t a hit. Our best guess is one of those tiny branches had changed the trajectory and speed of the arrow just enough to fuck everything up.

I felt sick. After a week of nothing, missing an opportunity like this was nothing short of heartbreak.

As we walked back to camp, I looked at Brian.

“This feels like I just lost the state championship and my girlfriend dumped me for the other team’s quarterback.”

Brian smiled, looked ahead and said, “Sorry about your girlfriend. But there will be more … and with bigger racks.”