Screwdrivers on the Tundra 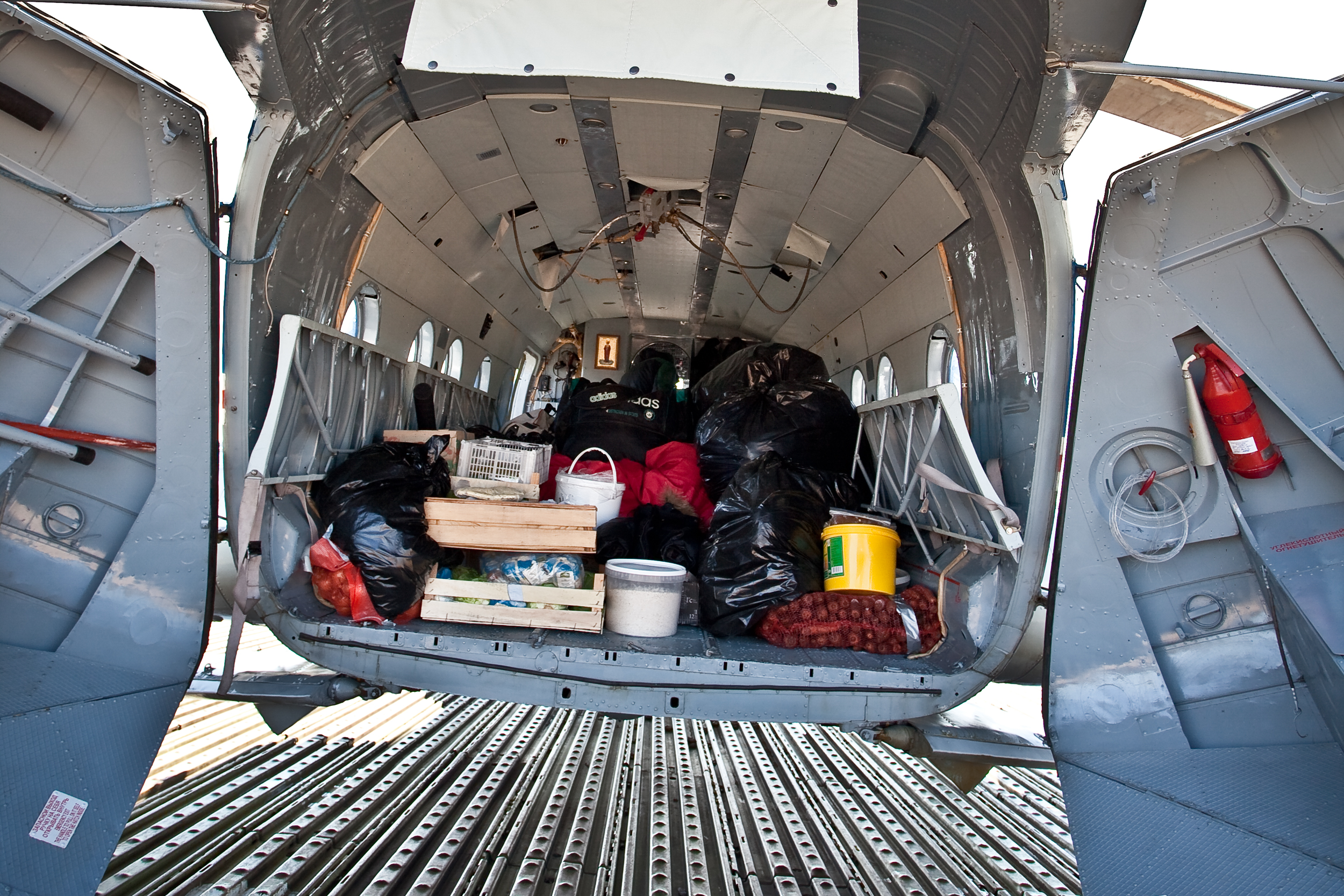 “Sok!” Alexei’s cry rang out as I climbed to the top of the bluff. Up ahead the mechanic team unloaded our weekly supply shipment from a workhorse Mi-8: lumber, a new switch for the generator, fresh food, and cases of vodka. All the necessities required to run a fly-fishing camp in the Russian Arctic. Most of the fresh chow, imported booze, and the Russian Standard vodka would go to the 15 clients in camp that week. The basic food–along with the Kalashnikov vodka which could double as turpentine–went to the staff.

But according to the gruff Russian voices heard from the guys unloading the crates into the Gator, something else may be coming to the staff this week.

We were a few months into the long summer season, and my Russian was passable enough to realize Alexei was shouting something about juice, though why he shouted it was beyond me. Food was carefully allotted week to week, shipments planned and purchased in Murmansk, driven to a village, and then piled into the Mi-8 to be flown out. It was only when the tall mechanic turned around with two cases of boxed juice in his arms and a wide grin on his face that I realized we’d received double the orange juice shipment.

In true Russian fashion, if it wasn’t on the manifest, it was free to be claimed.

Claim it we did.

A funny thing about life above the Arctic Circle: In summer the sun never really sets, there’s passable light 24 hours a day. Light enough for mischief sans headlamp. The guides and I would often usher soused guests to bed by 0100 then head out to do our own fishing, navigating back to camp by 0500 to light fires and get the day going.

We all ended up sick mid-season thanks to lack of sleep.

One ironic truth about working at a fly-fishing camp is this: Much of your time is spent facilitating other people’s fishing, and your time actually putting a fly in the water is ridiculously little. If we had to forgo sleep in exchange for our own fishing opportunities, so be it.

This night, however, we decided to let the salmon rest. We had sok to celebrate.

After dinner, with the shipment safely stored and the Mi-8 flown back to Murmansk, we set up the guests with a boozy game of poker in the Big Tent. Then, with pirated bottles of Kalashnikov and the clandestine sok, we retreated to the muddy, mosquito-ridden dirt path between staff shacks. Mostly Russians with a smattering of international guides thrown in, many of us still wore our waders and jackets in tactical defense against the clouds of mosquitoes, which seemed to also have gathered for the party.

Someone pulled out a guitar.

A Scottish and a Russian guide started a dance-off.

There was a near fistfight, shut down quickly thanks to Murmank’s kickbox champion “Big Dan” and his bigger brother Ruslan.

A voluminous pink wig came out of nowhere.

All because of a little extra juice and a whole lot of vodka. Screwdrivers, baby!

As the night wore on, the juice inevitably ran out.

When my watch beeped at 0500, I was somehow unsurprised to find guides and mechanics sleeping across the porch and along the alley, empty bottles scattered around. I ducked to pick up the juice cartons and swiftly tossed them into the nearest fire.

No evidence. Without proof of sok, it was just another night in Russia.

I May Never Return to Hellroaring