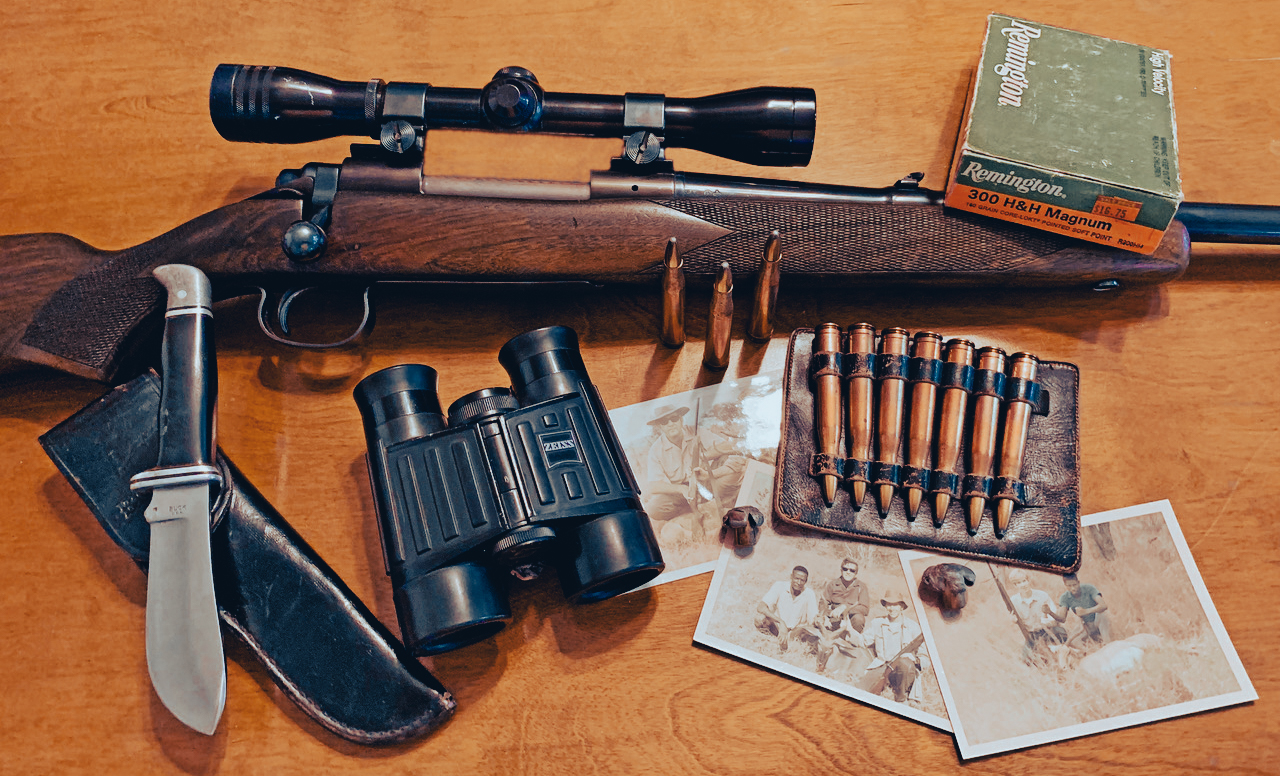 Have you ever seen a rifle refuse to shoot something? Well, it ain’t pretty. And damned if I don’t have one—a Remy 721 that’s killed a ton of shit in Africa, but when it came to whitetails, like a strong-willed woman, she put her bolt down on an empty chamber! Not having it! Forget about it! Won’t do it!

The 721 is the only Remy ever chambered for that wonderful, steak-stackin’,’ .300 H&H Magnum cartridge. During a 13-year run, the 721 wasn’t the prettiest package on the shelf, but she gave change for a C-note and all her parts were in the right place, making her interesting indeed.

My 721 was purchased for the purposes of hunting wild boar in the Philippines and seladang in Malaya–hunts that never materialized–so she spent 10 years as a closet Cinderella. And then one day she came out of the closet for a long plane ride to Africa, where she went from Closet Cindy to Savanna Queen. In no time she danced the dance and could spit Silvertips with the best of ‘em to deadly effect. Performing the ultimate Paso Doble of the plains, she fought bulls with delight and demanded attention from everything in sight.

Responding even to the tight, sweaty embrace of a safari newbie, she center-punched a springbok at over 500 yards, and I knew the words for sweet-talking her into giving a giant oryx an oil-leak at near the same distance—what a rifle!

After 30 years of achieving distinction on the Dark Continent where even elephants and Cape buffalo noticed the deadly look of her shapely profile, I felt she’d earned a breather. She’d accounted for dozens of African big game animals, and with little left to prove, I whisked her away from Old World danger and packed her ass back to the new. That might have been the beginning of her bad attitude.

In a well-intentioned move to mollify her, I thought she’d enjoy nobbling a whitetail—maybe remind her of the good old days back in Africa. Duck Soup for the Savanna Queen, right? Wrong!

Joining a group of safari buddies on a legendary South Texas ranch known for eye-popping whitetails, if there was ever a time to shine in the whitetail world, this was it. Time was ripe for tickling the tines in hopes of bringing in stud-muffin buck on the run. My buck wore a sporty drop tine on his left side and he handed me a slam-dunk shot at under 100 yards. I rapidly caressed Savanna Queen’s trigger until she coughed up her last Silvertip—without cutting a hair. Before I could reload someone yanked her outta my hands and thrust a loaded .30-06 at me, which I gladly grabbed and tipped over the buck with a quick off-hand heart shot.

“Fuck all!” thought I. How could my trusty Remy have let me down like this in front of friends who’d watched her dance so rhythmically in Africa?

The next chance for an antler-top came on another Texas ranch, and I was ready when big daddy stepped out. I went cheek-to-cheek with Savanna to anchor her crosshairs and slowly squeezed until she belched a leaden silver. The buck dropped where he stood, but when we got there—nothing to see here folks.

We searched the rest of the day and most of the next—even brought in a chopper for a look around, with no luck. By now, I wondered if my sweetheart was in a snit or somehow considered whitetails unworthy.

A third chance came during an early January hunt in Old Mexico. Deer were scarce, but what was there were sure-enough bragging-size bucks. When a super-buck appeared like an apparition at 200 yards, normally, it would’ve been a chippy. So I tickled her trigger and he collapsed like a hot-air balloon at the end of a ride.

Once again, I thought the buck down for the count and even imagined feeling the mass of those beautiful, gnarly, chocolate antlers. But my fantasy flew the coup when the buck jumped up and bounded off before I could shoot. The image of that huge, wonderful rack disappearing over the rise still haunts me. We spent the rest of the day looking, but found nary a drop of blood, nor even the sniff of a track to follow.

Well, that was it—the final straw. I now realized Savanna Queen wanted some alone-time, so I relieved her of further demands. Honoring her African achievements, I rubbed her down with some sweet-smelling oil and gently laid her in a hard-sided case. These days she waits patiently to be embraced as stories of her notable deeds are recounted about the times she danced on the checkered savannah—a world away from any whitetails  and wherein some stateside circles she’s called …“The Bitch of the Brush.”