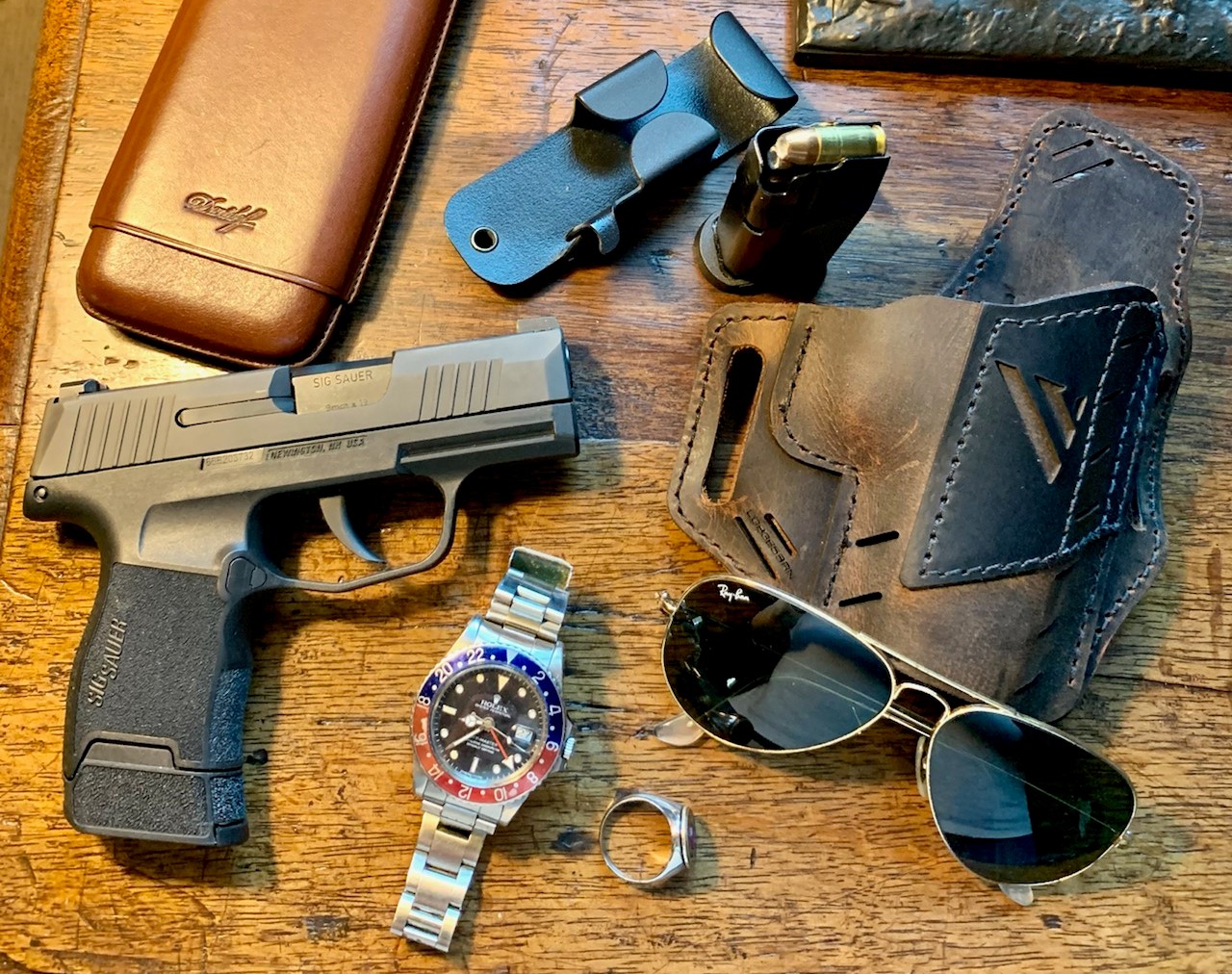 Imagine standing in the Kenya bush in December 1969 with licenses for elephant and buffalo in your pocket. Next to you stand two skilled Waliangulu trackers ready to follow the fresh tracks of a big bull elephant you’ve stopped to study. Checking your watch, you determine whether there’s enough hours of daylight left to begin tracking.

Back then, my family lived in Kenya and we often spent Christmas week in the bush camping on the banks of the Galana River. We were in an area near Tsavo National Park where a steady parade of elephants, rhinos and Cape buffalo moved to and from the river. Being in the bush made Christmas morning memorable, but Christmas 1969 became even more notable with a special gift: I removed the wrapping covering an ivory-colored box to find a beautiful Rolex Oyster Perpetual wristwatch, a GMT-Master (Ref. 1675) –also known as the Rolex “Pepsi” for its distinctive deep red-and-blue 24-hour bezel.

I first noticed a GMT-Master on the wrist of Ken Smith, the chief game warden who had stood shoulder to shoulder with George Adamson when they were forced to shoot a charging man-eater that turned out to be Elsa’s mother. (If you’re never heard the story of Elsa the Lioness, look it up.) A noted Kenyan game warden called upon to deal with man-eating lions while wearing a Rolex “Pepsi” was a damn-stout endorsement for me.

With more than six decades of history behind the iconic watch, the GMT-Master has been sported on the wrists of many celebrities including General Chuck Yeager, Clint Eastwood, Mel Gibson, Arnold Schwarzenegger, Sylvester Stallone, Jimmy Buffet, Roger Federer and Daniel Craig, amongst many other notable folks.

Even Tom Selleck, aka Thomas Magnum, wore a Rolex “Pepsi,” which took center stage during the premier episode of the fourth season. In a flashback, a young Thomas Magnum swims in the ocean while his dad takes a moment to reference his watch while timing his son’s swimming. The camera fixes tightly on the GMT-Master with the Pepsi bezel and bright white markers. Magnum inherited his father’s watch and wore it in every episode thereafter.  Selleck has since gone on record about this watch, admitting that of the many cool props on the show, Ferrari included, it was the Rolex Pepsi that he kept.

“I’ve always loved that watch. It was the perfect match for Magnum. It’s a watch that likes action and believe me, I know what I’m talking about. I’ve had my fair share of ‘sport’ watches but never one as tough as the Rolex … . Personally, I thought the red went well with the Ferrari and the blue matched Hawaii’s lagoons and sky,” Selleck noted.

I fully concur with Selleck’s take on his favorite watch. For most of 50-odd years, my Rolex Pepsi perched on my wrist as I guided safaris through some of the most remote and wildest parts of Africa, where equipment failure was not an option. My GMT-Master endured extremes of hot and cold, wet and dry, dust and mud, and rough, jarring treatment without a hiccup.