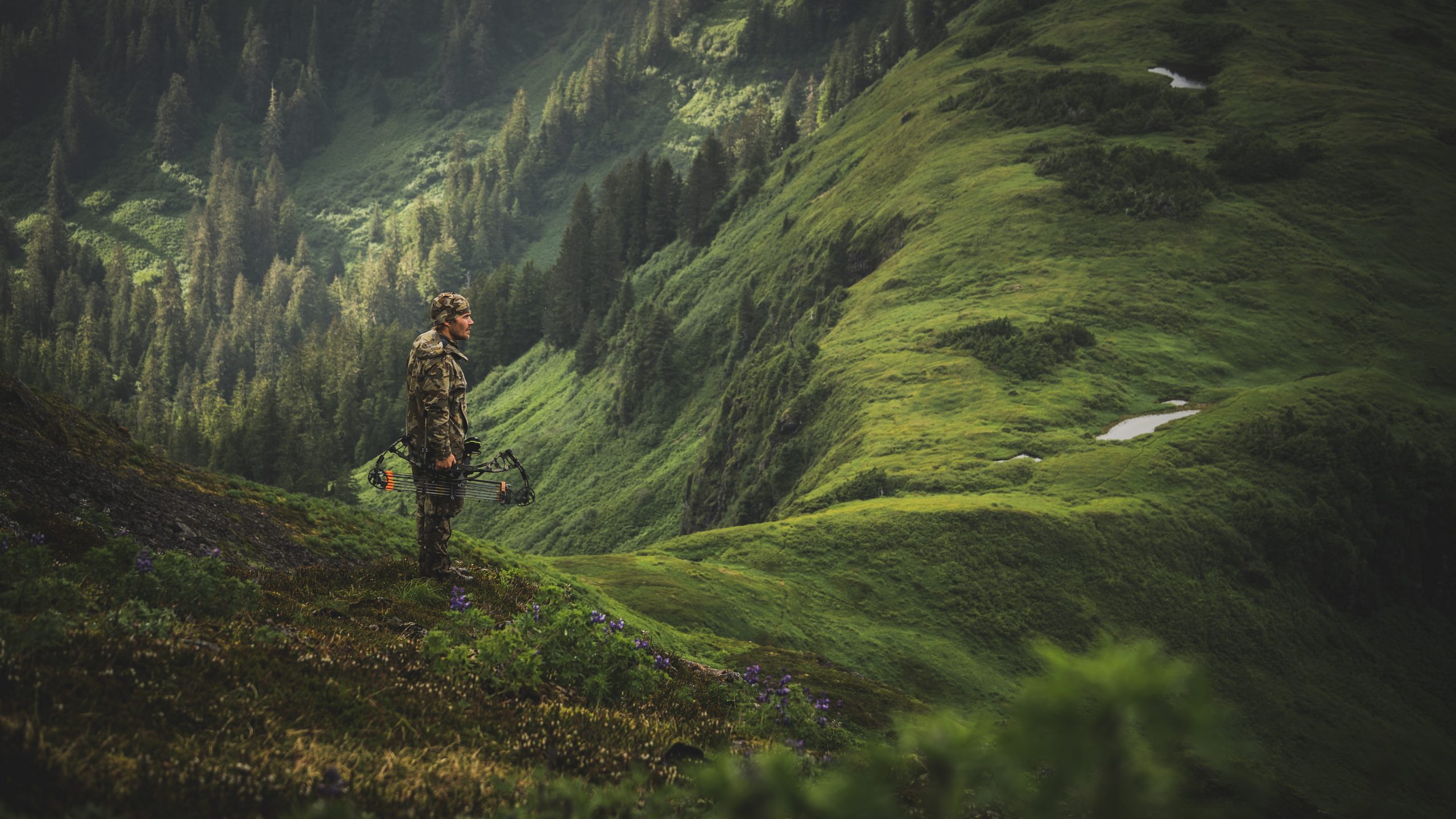 The age of exploration is over, unfortunately. Today many would-be adventurers settle with binging Netflix documentaries about the likes of Sir Edmund Hillary, Ernest Shackleton, and Meriwether Lewis. Other than the occasional white-knuckle-whirl on the Indiana Jones ride at Disneyland, our modern adventurous lives are largely lived vicariously through those who came before.

I am one who is obsessed with doing and am easily bored with watching. My friends mock me for how little I know about pro sports. But I would rather do something myself, even something I suck at, over watching others, even if they are the best in the world. I find myself thinking, “It takes no skill to sit on this couch and watch this game.”

So, I try to find ways to test my limits. I try to find interesting goals and adventures. Being obsessed with bowhunting makes those opportunities more readily available. Although I go on more than my fair share of guided hunts, I find that the most real and unpredictable adventures happen when I venture into the backcountry on my own.

In 2018, I took my 16-year-old son, Jake, on a pair of DIY Alaskan adventures that totaled 35 days of self-guided bowhunting. On these trips we were self-sustained, living out of our packs, and sleeping wherever we ended the day.

Our first trip was an August excursion to Prince of Whales Island, where we were dropped by a float plane at the bottom of a mountain range I had scouted on Google Earth.

We spent 12 days sustained by the food on our backs, traversing a very gnarly coastal mountain range. This country is the real deal; it’s as steep, wet, and nasty as coastal ranges come. In addition to the normal physical exertion of mountain hunting, we continually encountered sketchy sections on our route that would take us hours to navigate.

We were looking for a pair of giant Sitka blacktail deer, and we figured the further we got from human accessibility, the better chance we would have. We slept on five different mountain peaks and accessed some country that I’m certain very few human beings had ever seen on foot.

It’s hard to describe what it’s like to walk into country you’ve never seen before, days away from the closest extraction point, with only the gear and food you’re able to carry on your back. There’s a sense of solitude and smallness that can overcome you. I’ve seen men break from these feelings. I’ve certainly seen many small critters shot by serious trophy hunters who wanted the hunt to be over because they were too far out of their comfort zone.

On day 12, Jake and I laid our hands on the giant antlers of our second buck. Both of us killed tremendous deer. Jake’s buck was his first Pope and Young Record Book animal, and my deer ended up receiving the 1st Award as the largest archery Sitka deer killed for that two-year P&Y scoring period. During our hunt, we looked over and passed around 130 different bucks.

Later that fall, Jake and I decided to go on a late-season caribou hunt to Adak Island, Alaska. This island is thousands of miles out on the Aleutian chain, closer to Russia than mainland Alaska, and further west than Hawaii.

We hired a boat to take us to the south side of the island. It’s a full day’s boat ride over some of the roughest seas on the planet. Our 28-foot boat was, on several occasions, threated by the heaving seas that at times surged upwards of 15 feet. We were very relieved to arrive at our drop-point, and we hoped for calmer seas on our return trip.

Adak Island has rich military history as a WW II outpost and as a Cold War military base. Abandoned in the mid 90’s, there are abundant deserted military sites and artifacts that were fascinating to see and explore.

We had planned to spend 10 days hunting, but 25-foot seas delayed our scheduled pick-up, and all-in-all, our trip ended up at 23 days. During this time, we hiked, hunted, and explored some amazing country, and saw many hundreds of caribou, while enduring some of the worst wind and weather I’ve ever seen.

On one very windy day, Jake was fortunate enough to arrow one of the better bulls we saw the entire trip. I didn’t see a bull I wanted to shoot, but I’ll never forget the mental grind of Adak.

These two trips were clearly formative for my son. Several months after returning home from Adak, Jake attended the Banff Film Festival where they feature some of the most highly acclaimed and hardcore outdoor sports documentaries of the year. In these films, the creators and athletes famously push their limits and test the human spirit of adventure. I knew Jake would love watching these, and I hoped his past experiences with me would allow him to relate to the films, at least a little.

When Jake got home from the festival, I will never forget what he said:

“Dad, our Alaska trips this year blew away anything I saw. What we did was real adventure. We ventured into the unknown with no support and almost no gear and food. Mentally and physically, we pushed past our limits. I am so grateful you’ve shown me what true adventure is. I feel like I can’t even explain it to people. If you haven’t seen it for yourself, you’d never believe it.”

In truth, this is why I hunt.