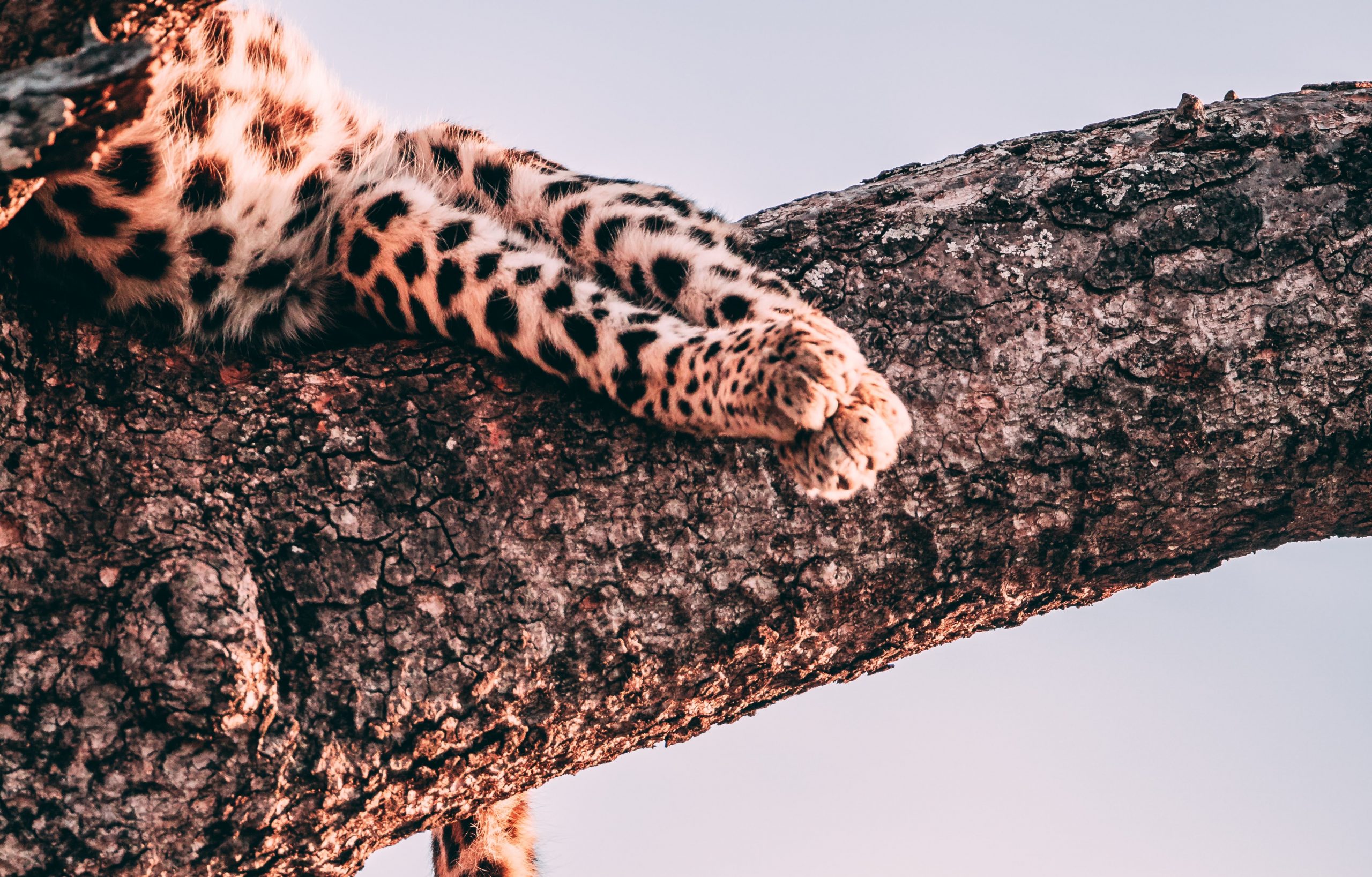 The hounds parted like the Red Sea when the huge leopard charged. The blur of spotted fury was coming fast, and for the first time I felt drastically under-armed with my recurve. But the charge wasn’t nearly as unnerving as the horrific growling that accompanied it.

It shouldn’t have come to this. Everything had been working in our favor. A man from a village close by had come to our camp and told my PH, Nico Laurens, that a large leopard had jumped a boma and killed a burro owned by an old man, his most valuable possession. The old man was devastated, and the whole village wanted the leopard killed before it grabbed something–or someone–else.

This was the break we needed. Our first day we had tried to run a fresh leopard track but he had given us the slip amid a big rock kopje.

Things happened quickly once we arrived at the village. The leopard’s tracks were huge. Even more intimidating was that it was plain to see that after killing the burro, the cat had jumped back over the thorn fence with the burro in his jaws, leaving only the hooves dragging as the cat had walked his kill into the brush.

We released the hounds and Nico’s dogs treed the cat quickly, but he bailed out even faster to escape the dogs. Now he was in the long grass and distracted as he fought the dogs. Nico slipped me around and we closed to within 20 yards.

My shot looked perfect and my arrow hit in the crease of the shoulder as the cat was slapping at one of the dogs. We circled around expecting the cat to drop quickly, but, rather than dying, it continued fighting the dogs. And that’s when it saw us, locking eyes with mine, and Nico told me to get ready.

Nico fired one shell of 00 buck out of his 12-gauge as it charged, all nine of the .33-caliber balls hitting the huge cat in the face. The cat’s head went down from the impact, his back end flipped over and the tail from a fortunately dead leopard hit me in the leg.

We learned upon examination that my arrow had slid under the shoulder probably because of the cat’s rapid movement while slapping the dogs. Despite the broadside angle, the arrow had not gone into the lungs.

A white smile crossed our tracker’s face. He was excited, and it was apparent.

I couldn’t have said it better.