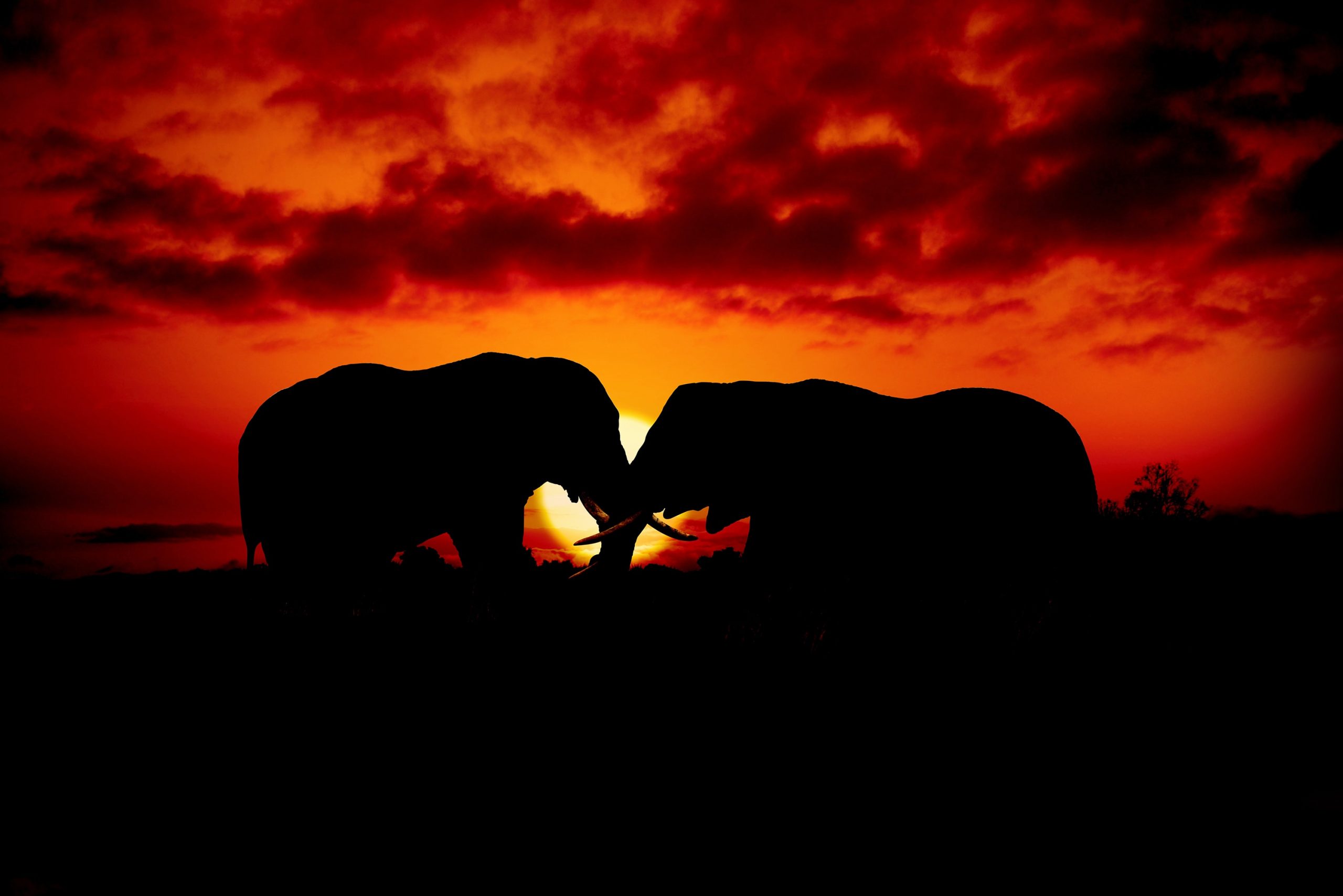 I share a name with my grandfather and that means that, for now, when someone talks about a “Pat Hemingway elephant hunting story,” they mean Pat Hemingway the Elder.  So, until such a day that they start referring to my own elephant hunting exploits; I’ll look to my granddad’s old stories for inspiration and direction.

Through the years, he told me all about shooting elephants on foot, from jeeps, and from helicopters as a conservation officer for the newly independent Tanzanian government. But by far, my favorite story is about the time he shot an elephant at the town dump.

In 1958, Pat the Elder was a youngish man of 30 and a newcomer to the Kenyan Colony. He teamed up with Phillip Percival, famous guide of Roosevelt and Hemingway, and his son, Dick Percival, in order to get Pat his first big “tusker.”

Four weeks of hunting had seen more than a few 100-pounders go down, allowing the hunters to share expenses and pay for the trip with ivory–which was selling for $3 a pound at the time.

Dick Percival was now the only one who had not shot a giant bull, and a hot tip had just come in.

The three men traveled upcountry and stopped near a Mackinnon Road filling station for midday beers before motoring a few miles down the road toward the garbage dump where a tracker swore he had seen several large bull elephants. Pat will always tell you that “one must go where the elephants are” to hunt elephants successfully.

They drove past neatly laid out earthen streets with lamp posts and ramshackle homes. Their Jeep skidded to a halt, as they suddenly found themselves face to face with three large bulls standing not quite 100 yards away behind a thorn bush signifying the town dump “at the corner of 7th Avenue and Main street.”

Calm and experienced, the hunters filed out of the jeep, noting that just beyond the dump was a large sign that read: “Protected Area.”  Not far beyond the sign stood a group of wooden buildings, watchtowers, and barbed-wire fences that made up the Mau Mau prison camp. Each building had its own cleared lanes of fire in every direction, all manned by armed guards.

The three elephants remained behind the thorn bush, and the hunters noted their apparent discomfort, but the bulls would not break as there was no nearby cover to escape to. One bull carried tusks of about 60 lbs. on both sides, and Dick decided he would take him. He scribbled a quick note of warning to the camp’s commandant and handed it to a tracker to run into the prison camp. Mau Mau prisonbreak attempts were common, and the gunshots were liable to excite the trigger-happy guards.

Bases suitably covered, the three hunters lined up and prepared their heavy rifles. This movement was enough to provoke action from the elephants, and all three bulls sailed out of the thorn patch with ears out and tusks held high, wheeling around the men who bravely stood their ground. As the largest bull came broadside, all three hunters let loose. The long tusker screamed, buckled, and abruptly changed direction in the telltale last-ditch effort of a heart-shot animal. He collapsed noisily in the dirt, not quite reaching the asphalt street.

The two smaller bulls stopped in hesitation, so the hunters shouted and waved their hats until they fled in fear. Pat would tell you that elephants often come back to check on their fallen comrades.

A bell began to ring, and in the distance an alarm siren wailed loudly. The general alarm had been sounded and a small army of black troops with rifles swarmed out of the gates. They were led bravely by a white officer wildly brandishing a pistol above his head.

Evidently, the note did not reach the commandant in time.

The hunters retreated behind the fallen elephant for cover. Much shouting and excitement followed while the soldiers determined that the hunters were not Mau Mau liberators.  As the scene calmed, Pat noted that many of the half-starved troops were of a tribe known to be great lovers of elephant meat, and all hell broke loose as they broke ranks to carve up the downed bull.

The white major in charge was smoldering-mad at the situation; it took all the diplomacy of three hunters to calm him down and agree not to place them in shackles as suspected enemies of the state. The major was eventually assuaged by the promise of generous quantities of gin and elephant meat, thereby allowing the hunters to recover the ivory intact.

Phillip Percival’s preferred drink was something he called “poor man’s champagne,” a restorative cocktail of beer and at least three fingers gin. A great many of these were enjoyed back at camp that night as Pat and his friends counted not only their blessings, but also the weight of their ivory–which would go a long way towards paying for their hunt.